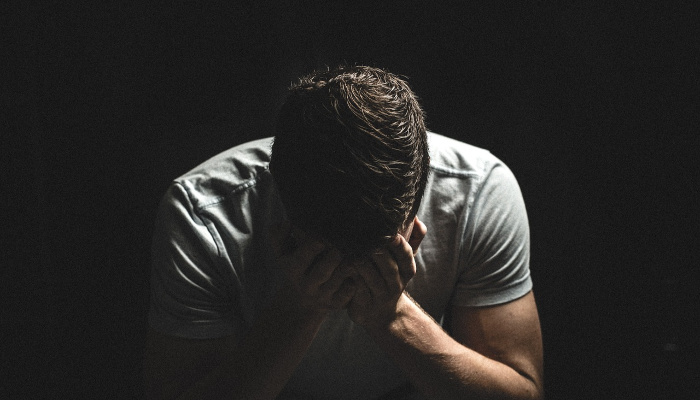 This article is about anger. It’s about how Satan sows seeds of anger throughout the world, and within Latter-day Saint ranks, specifically. But before we get there we need to understand the nature of Satan just a bit. “Know your enemy,” right? To do that, let’s look at a few pop culture references.

There are a few different kinds of “villains” in the movies. First, there’s this kind of villain:

This is Ivan Drago from Rocky IV. You know the type. Powerful. Big Muscles. Can break stuff. That said, these villains are not exactly the sharpest knives in the drawer, if you catch my drift. Examples might include Gaston from Beauty and the Beast, Biff from the Back to the Future movies, and Jaws from the old James Bond movies. All brawn, no brains. Essentially, they’re just big bullies.

But there’s another type of villain. A much more insidious type. The criminal “mastermind.” The evil genius. More often than not, this is the mind behind the curtain that uses his muscly henchmen to carry out his bidding like pawns on a chessboard. For example, James Moriarty from virtually any of the Sherlock Holmes movies. Emperor Palpatine from the Star Wars franchise. The Joker from the Batman movies.

Oftentimes the danger from this second type of villain stems from their disturbing ability to manipulate others.

Which category does Satan fall into?

Now, brethren, we speak boldly to you because anything more subtle doesn’t seem to work. We speak boldly because Satan is a real being set on destroying you, and you face his influence at a younger and younger age.

So, which category of villainy does that old snake belong to? The brawny type? Probably not, considering the fact that Satan doesn’t even have a physical body. Unfortunately, all evidence points to the second category. The insane, manipulative type of villain. Dang it.

So, how can we expect Satan to work? 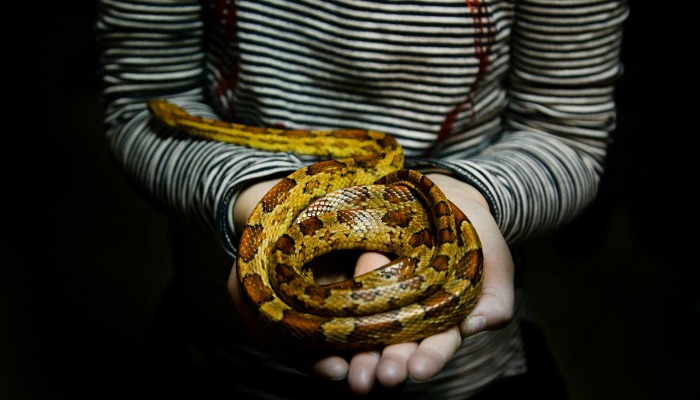 If the stereotype holds true, Satan works through deception, manipulation, temptation, misdirection, distraction, and exploitation. And if we turn to the scriptures, that analysis does seem to hold true. Look at the manipulation in the following verses:

And the serpent said unto the woman: Ye shall not surely die; For God doth know that in the day ye eat thereof, then your eyes shall be opened, and ye shall be as gods, knowing good and evil.

Then was Jesus led up of the Spirit into the wilderness to be tempted of the devil. And when he had fasted forty days and forty nights, he was afterward an hungred.

Again, the devil taketh him up into an exceeding high mountain, and sheweth him all the kingdoms of the world, and the glory of them; And saith unto him, All these things will I give thee, if thou wilt fall down and worship me.

For the kingdom of the devil must shake, and they which belong to it must needs be stirred up unto repentance, or the devil will grasp them with his everlasting chains, and they be stirred up to anger, and perish;

For behold, at that day shall he rage in the hearts of the children of men, and stir them up to anger against that which is good.

And others will he pacify, and lull them away into carnal security, that they will say: All is well in Zion; yea, Zion prospereth, all is well—and thus the devil cheateth their souls, and leadeth them away carefully down to hell.

And behold, others he flattereth away, and telleth them there is no hell; and he saith unto them: I am no devil, for there is none—and thus he whispereth in their ears, until he grasps them with his awful chains, from whence there is no deliverance.

Needless to say, Satan is a tricky guy. Subtlety and anonymity are some of his greatest weapons. But I find those last few verses from 2 Nephi 28 particularly poignant for a couple of reasons. Check this verse out again:

For the kingdom of the devil must shake, and they which belong to it must needs be stirred up unto repentance, or the devil will grasp them with his everlasting chains, and they be stirred up to anger, and perish;

One of Satan’s goals is to “stir us up to anger.” How does he plan to do it? Deceptively. He doesn’t even want you to realize you’re angry until it’s too late. Do we really understand what that means and what that looks like?

“Stirred up to anger, and perish”

The internet is an angry place. It’s the Wild Wild West of our generation. It can be a wonderful tool, but is also a virtually lawless terrain where masked, anonymous bandits wait around every corner, ready to pounce.

Stirred up to anger against external threats 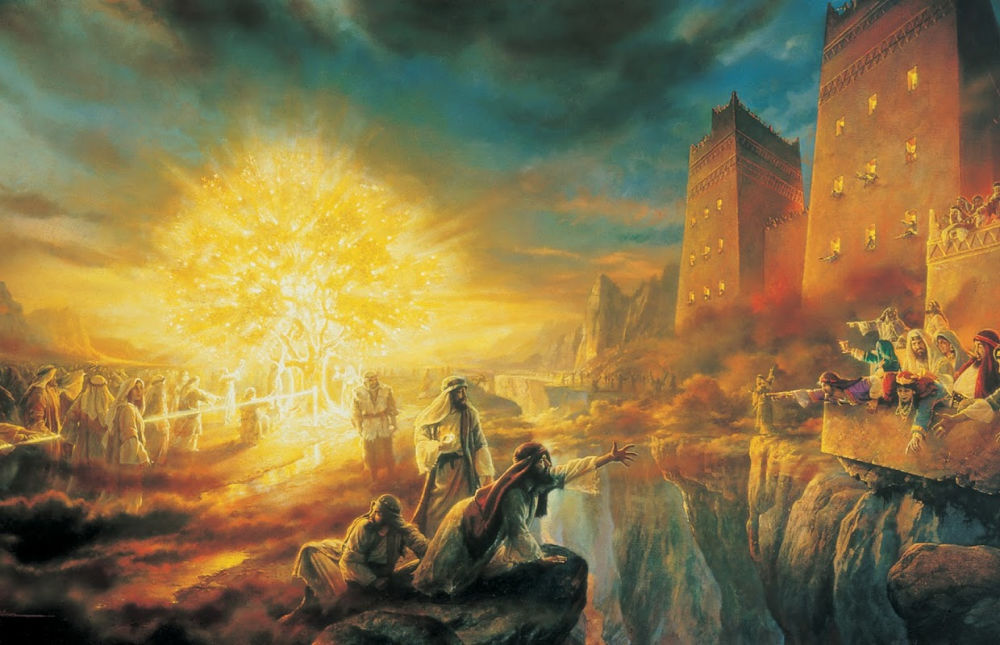 Recall 1 Nephi 8 and Lehi’s vision of the Tree of Life. On one side you’ve got the glorious tree. On the other side you’ve got the “great and spacious building.” Those who are happily wasting away in this building are mocking those who choose to eat the fruit of the Tree of Life. This happens online every day. Some people constantly and actively drag Latter-day Saint beliefs through the mud. They mock, taunt, and challenge. Some people, sadly, even make a living out of it.

We have to be extremely careful with how we react to these situations. Notice how Lehi responds:

These are the words of my father: For as many as heeded them, had fallen away.

This is interesting. To “heed” means to “pay attention to” or “take notice of.” Those who paid attention to the taunters “fell away.” Notice that it doesn’t say that everyone necessarily joined those in the building. We just know they left the tree. When Satan can’t get you into the Great and Spacious Building, he’s perfectly content with just leading you away from the Tree.

Could it be that instead of partaking of the fruit of the tree, we sometimes instead pluck it from the tree and rush to participate in a little produce pelting? Do we ever take a vacation from the love of God to get involved in a bit of good-intentioned Bible-bashing online? “You’re wrong, we‘ve got the truth! Here’s the proof. Take THAT!” *Throws fruit*.

It’s not wrong to defend our beliefs or dispel rumors, but when we allow ourselves to be “stirred up to anger,” we simply become one more pawn in Satan’s game.

Stirred up to anger against internal threats

There’s another, even more subtle way that Satan is stirring us up to anger nowadays. In-fighting.

Social media is rank with sarcastic opinions, ‘woke takes,’ and snarky criticism. Why is it that way? Because unfortunately that’s what people consume, and that’s how you get attention online. Controversial content attracts engagement. Social algorithms boost engaging content. Like-minded individuals rally together. A fan-base is born. Rinse, and repeat.

The idea online seems to be that everything is wrong in the world, and my opinions are the solution. And unfortunately, much of the criticism I see from Latter-day Saints is directed towards other Latter-day Saints, the Brethren, and the Church. It almost seems to be an addiction for some people. Even when a positive, praise-worthy change happens in the Church, the response is oftentimes, “Well, this should have happened 20 years ago,” or “That’s great, but what about these 15 other items on my list of complaints?” The cynicism is suffocating.

These are distractions Satan is using to stir us up to anger, that we might perish. I’m not saying we should never criticize things we think are wrong (I mean, I’m being critical right now). Of course, we should. What I am saying is that there is a fine line between constructive criticism and back-biting, evil-speaking, gossiping, and fault-finding. We’re getting reeeally good at fault-finding within the Church, myself included.

This is how Satan gets us to take our eye off the ball. Misdirection. Distraction. The same thing happened to the ancient Jews:

Woe unto you, scribes and Pharisees, hypocrites! for ye pay tithe of mint and anise and cummin, and have omitted the weightier matters of the law, judgment, mercy, and faith: these ought ye to have done, and not to leave the other undone

Book of Mormon prophets described their predicament this way:

But behold, the Jews were a stiffnecked people; and they despised the words of plainness, and killed the prophets, and sought for things that they could not understand. Wherefore, because of their blindness, which blindness came by looking beyond the mark, they must needs fall; for God hath taken away his plainness from them, and delivered unto them many things which they cannot understand, because they desired it. And because they desired it God hath done it, that they may stumble.

If we’re not careful, we’re going to get so caught up in criticizing the people around the Tree that we forget to partake of the fruit at all. We’re in danger of omitting the weightier matters of the law, in danger of looking beyond the mark.

A note on “righteous anger” 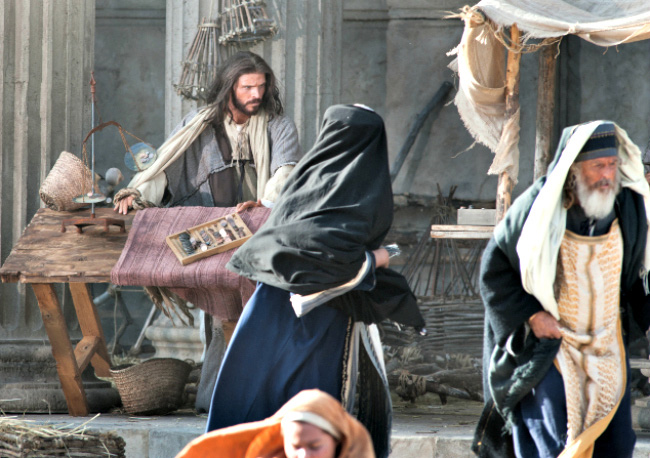 Sometimes Christians, including ourselves, will justify anger and contention with the story of Jesus angrily cleansing the temple. Yes, we should stand up for our beliefs and we should promote truth. But there’s a difference between defending our beliefs and picking a fight with someone.

Echoing an Ensign article from 1988,

Righteous anger is a controlled response to an unrighteous situation, however, not the kind of emotional outbursts most of us are all too familiar with. It is this uncontrolled, emotion-charged anger—and the attendant contention that arises out of it—that is referred to in this article.

The truth is, we’re not separated from the Great and Spacious Building by a deep gulf anymore. Now we can look straight into the building through the little window in our pocket called “a smartphone.”

The buck has to stop somewhere. As President Russell M. Nelson mentioned in April, time is running out. We can’t afford to let anything we see through that window stir us up to anger, for it’s that anger that ultimately leads to destruction. 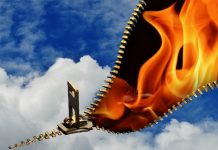 3 Things You Should Know About Evil Spirits