Faith Defending the Faith What Laman, Lemuel, and Nephi Can Show Us about Calming Contention 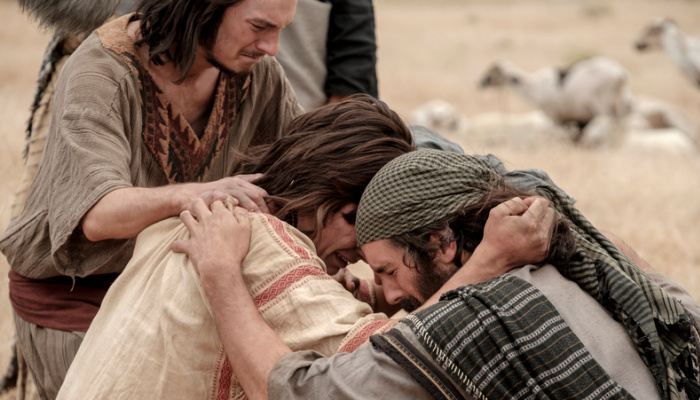 America seems to be a battleground of Republicans vs. Democrats. Progressives vs. Conservatives. But the conflict is not couched in terms of policy but rather good vs. evil, right vs. wrong. The problem with villainizing your political opponent is that you miss the common ground—which is often where the solution is. I learned a valuable lesson in seeing things from a different perspective some years ago when my husband and I were asked to be leaders of one of the groups during our stake’s Moroni’s Quest camp. We had read the Book of Mormon in preparation for the four-day activity in which we re-enacted it. And I thought I knew that book pretty well.

One day, someone came running through the camp yelling that a group of traitors were trying to get away and we needed to stop them. Mobs of people dressed in ancient-era costumes and wielding pool-noodle swords ran out to stop this group of defectors. But they got away. And then we learned the rest of the story. We were among the people of Laman and Lemuel trying to stop Nephi and his righteous followers, who were trying to escape the increasing hostility and anger of Laman and Lemuel and our people. I had always understood why Nephi and his people had to leave. But now, I could see how the Lamanites might be upset with the Nephites. How, as Jacob said, “their unbelief and their hatred towards you is because of the iniquity of their fathers” (Jacob 3:7).

Loving, Listening to, and Forgiving Others

The first thing I learned from Nephi about how to calm contention is to love your adversaries, listen to them and forgive them. Nephi was a long-suffering brother. Laman and Lemuel gave him a lot of grief through the years, even to the point of trying to kill him more than once. But he loved them and always tried to work things out with them. He talked to them and listened to their frustrations. Sometimes they listened to him, sometimes they didn’t. And when they came to him sorrowing for the things they had done against him, Nephi frankly forgave them (1 Nephi 7:20-21). We aren’t always going to see eye to eye with others. We are going to have different opinions, and that’s OK. We still need to be good neighbors.

We need to be involved in our communities. We need to talk to our neighbors. And when we do, we find out that we aren’t so different after all. We may have different beliefs or ideologies, but we have things in common too. Elder M. Russell Ballard taught,

Teaching the Word of God

The second thing I learned is that we need to teach the word of God and be a light to those around us. In discussing with our neighbors, we need not abandon our own beliefs. Elder Ballard said,

Our doctrines and beliefs are important to us. We embrace them and cherish them. I am not suggesting for a moment that we shouldn’t. On the contrary, our peculiarity and the uniqueness of the message of the restored gospel of Jesus Christ are indispensable elements in offering the people of the world a clear choice.

We can teach the word of God to others by how we live our lives. When Laman and Lemuel got upset and frustrated, Nephi responded by teaching them true doctrines. As Elder Boyd K. Packer taught, “The study of the doctrines of the gospel will improve behavior quicker than a study of behavior will improve behavior.” If we want to improve the political climate in our nation, then we need to step up and change the way we communicate with each other. We need to be good citizens, obeying the laws of the land in which we live. We must, as someone has said, “preach the gospel, and if necessary, use words.”

Sometimes You Need to Walk Away 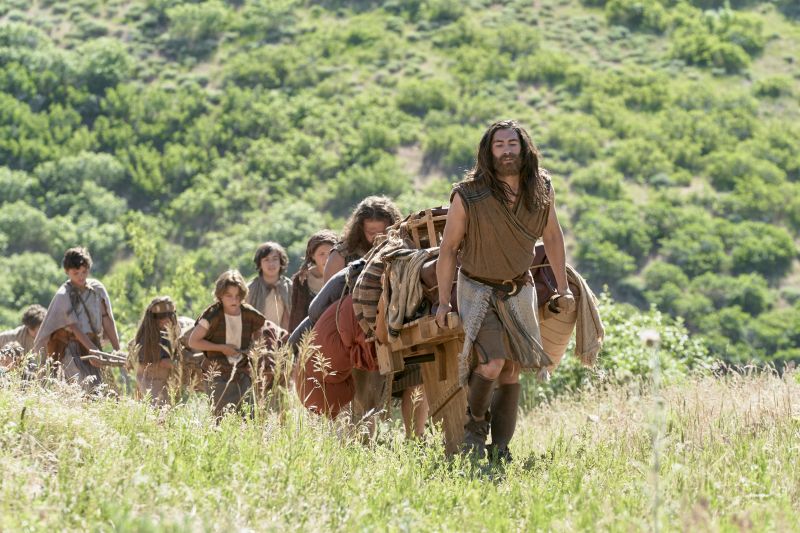 The third thing I learned is that sometimes, you just have to walk away to calm contention. Even after all that Nephi tried to do, his brothers became angrier with him. Eventually, the Lord told Nephi to take those who would follow him out of the land for their own safety. I think it’s telling that Laman and Lemuel didn’t breathe a sigh of relief and say, “We are so glad that we don’t have to deal with Nephi anymore!” Instead, they harbored anger and resentment against him for leaving town. They probably also didn’t appreciate that Nephi took the plates of brass, Liahona, and sword of Laban. In the world today, we need to learn when to take a stand and when to walk away. And the only way we can do that is by listening to the promptings of the Holy Ghost.

I had another experience during Moroni’s Quest that illustrated this point. On another day, one of the adult leaders pulled aside a few of the youth and gave them a necklace with a metal washer that was painted red. When the other youth asked how to get one, the kid with the necklace would say, “Go talk to Brother So-and-So.” And so more kids would show up with the necklaces. Nobody really knew what they were for, we just thought they were cool. Later that evening, however, we discovered their significance. They were tokens of the Gadianton robbers. In the world today, we can avoid the pitfalls of secret deceptions by listening to the Holy Spirit. This is the reason that President Russell M. Nelson said,

…In coming days, it will not be possible to survive spiritually without the guiding, directing, comforting, and constant influence of the Holy Ghost.

Calming Contention in the World

… The world will not glide calmly toward the Second Coming of the Savior. The scriptures declare that “all things shall be in commotion.” Brigham Young said, “It was revealed to me in the commencement of this Church, that the Church would spread, prosper, grow and extend, and that in proportion to the spread of the Gospel among the nations of the earth, so would the power of Satan rise.”

But we can calm this contention by following the example of Nephi, being obedient to the commandments of God, and loving our neighbors. We can see things from another’s perspective and work together, and, as the scriptures teach, “have compassion, making a difference” (Jude 1:22). 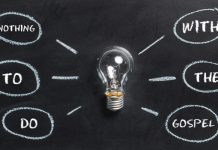