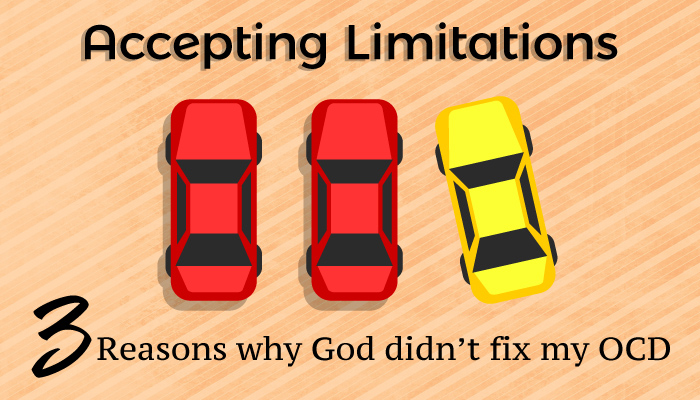 The trembling of the fingers as you rip open the envelope. There is breathless anticipation as friends and families wait for the long-anticipated words to be said. You feel the overwhelming spiritual confirmation that there are people waiting for you that need your message.

Words fall short when you open a mission call, but there is truly no way to describe the way you feel when your mission ends prematurely.

There is the trembling of the fingers as you wait for the doctor’s pronunciation. A thousand miles away, you can feel the breathless anticipation as friends and families wait for the long-anticipated words to be said. Finally, there is overwhelming despair as you realize the people waiting for your message will never hear it from you.

I came home from a mission not once, but twice, because of my debilitating mental illness known as Pure Obsessive Compulsive Disorder, or Pure-O. It’s a condition where the victim is subjected to intrusive thoughts (often of a violent, sexual or religious nature). These thoughts refuse to go away unless the victim performs compulsions to make them go away, such as repeated prayers or confessions to loved ones.

The first time I came home, it was after four weeks in the MTC. Far from being dismayed, I was on fire. There was enough conviction in me to believe that I would spend six months home, do the therapy and sail back into the mission.

I worked hard. Therapy was excruciating; in order to get over the thoughts and feelings that were controlling me, I had to face every single one of those fears. Ninety-percent of the time I would leave these sessions emotionally, physically and spiritually exhausted. My pillow was often wet with tears those nights.

Finishing therapy, I successfully proved to my therapist I was ready to try this mission thing again, and after seven months I hopped on a plane to Spokane, Washington. The fire was not only still there, it was burning brighter then ever. With my confidence in my Heavenly Father, I felt like I could fly.

It had been too much. Despite my seven-month crash course in therapy, I was not equipped to handle the nuclear attack a mission brought on.

I had done the work. I had the faith, but I felt like my wings had been clipped. What was I missing?

Two years have passed since I’ve returned home, and while I don’t think I have all the answers, I’ve gotten a pretty good idea why God didn’t fix my OCD.

1. Weaknesses Are Meant To Make Us Strong

The Greek Phalanx was one of the most effective fighting forces in Ancient Greece. It’s a technique where soldiers would stand next to each other and overlap shields to protect not only themselves but their brother next to them. When the enemy advanced, they were greeted with a wall of shields and a thicket of spears that oftentimes proved unassailable.

What made it powerful was not only its physical advantages but its psychological ones. Greek leaders would put green soldiers next to experienced ones in the phalanx, a weak chain in the link if you will. That way, the experienced warrior fights that much harder to protect his weak counterpart and the green soldier fights to prove himself to his mentor.

On my mission, I became mindful of my weakness and fought hard to protect it. I became exactly obedient, because any variance would cause my OCD to spike. I fought to prove to myself and others that I was capable of not only doing the work, but succeeding in it.

I’m not sure if I would have been the same if I didn’t have OCD, but I am eternally grateful I never have to find out.

I firmly believe we are meant to influence specific people in our lives. To me, leaving the mission early felt like I had failed that promise.

I was so wrong.

Trials, I feel, are not always for our benefit. They prepare us to be able to minister to Heavenly Father’s children and help them see the light we have come to see ourselves.

I soon found out that there are others who have gone through similar experiences like me who are hurting as well. There were many times I was given the opportunity to reach out to them and help them see the light at the end of the tunnel.

This became my new message I could share. I could show others that hope is never far away, and that OCD doesn’t have to be the chains we may see it as. Though the message was different, the solution was same: Trust in Him and Have Hope.

3. Accepting My Limitations Was The Pathway To Freedom

Whether we like it or not, life is limiting. We are only on this Earth for a short period of time. Gravity holds us down. Disease hasn’t been eradicated, and accidents happen. And the last thing you would ever do is walk up to a cripple and ask them to run.

On my mission, this is exactly what I was trying to do.

I was trying to fly when I could barely hobble. Because I didn’t have a physical injury, I thought I just needed to be a little tougher and things would work out.

This was 100% ridiculous. I wasn’t taking the time I needed to rest and rejuvenate. I didn’t take any medication. In essence, I was ignoring every lesson I had learned in therapy, because I thought if I took a moment to breathe, I would become a liability to my companion and the mission.

Surely my Heavenly Father could have given me the strength to endure. But enduring is not the same as living, and I could not go through life on white knuckles alone. I needed to slam on the brakes fast before I crashed headlong into the mental barriers I was heading for.

Coming home from my mission was the perfect set of brakes. There was time to finally take care of myself. I got back on medication. I reevaluated my tools for handling things.

Most importantly, I accepted my limitations.

They say fixing a problem first means acknowledging you have one. I knew I had a problem, but I wasn’t willing to accept that that problem meant I couldn’t do certain things. When I finally did accept my limitations, I could then move forward to achieving mental health.

2 Corinthians 12:9— And he said unto me, My grace is sufficient for thee: for my strength is made perfect in weakness. Most gladly therefore will I rather glory in my infirmities, that the power of Christ may rest upon me.

10 Therefore I take pleasure in infirmities, in reproaches, in necessities, in persecutions, in distresses for Christ’s sake: for when I am weak, then am I strong.

Don’t worry if you can’t fly today. You’ll get there. It may take a lifetime to overcome the weaknesses you are facing on a daily basis. In the meantime, recognize three things God might be trying to teach you:

If you can keep these three things in mind, breathe easy and have hope. Your wings are on their way.