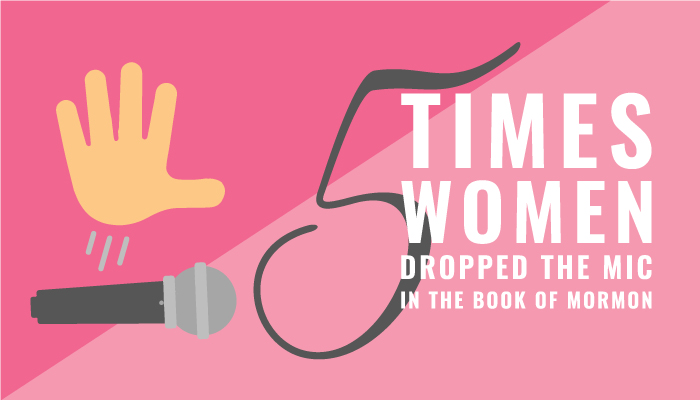 I had a history teacher who once said, “We have history, but what about her story?” It is true that the narrative of humankind often overlooks women. But I like to think that when women are mentioned, we should probably pay attention. Here are five instances where women played key roles and taught insightful lessons in the Book of Mormon. 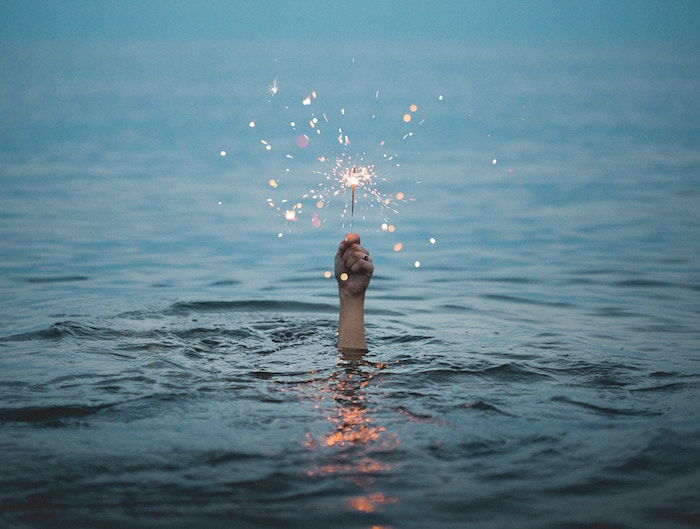 Previously on Ammon’s Ministry: Ammon has taught King Lamoni the gospel; King Lamoni prays to God for the first time and falls to the earth “as if he were dead.” The King awakens from his sleep, only for the Spirit to overcome him again, along with Ammon, the queen, and the servants. In other words, everyone is out cold, except for another servant, the Lamanitish woman Abish.

Abish was not alarmed by this mass collapse; she was already familiar with the works of the Lord, converted by a “remarkable” vision of her father. If I were Abish, I would have either panic-cleaned something or played dead. Fortunately, I was born in a different dispensation, only exposed to the mass collapse of college students into post-exam Netflix comas.

Anyway, Abish was neither panicked nor paralyzed—she seized the opportunity to share her long-hidden faith. With immense courage, she gathered the people to come see the miracle taking place among their own rulers. Initially, the people murmured that the inheritance-stealing Nephite had brought this curse upon them. But when the king and queen awoke from their heavenly visions and declared their testimony of the gospel, there was no more collapse, but a mass change of heart.

A good friend once said we can’t always be safe, but we can at least be brave.

Abish’s courage led to the conversion and baptism of many more Lamanites. Sometimes we delay decisions because we are waiting for inspiration. We fret over making the right decision so much that we avoid making any decision. Stepping into ambiguity will never feel safe, but we can look to the Lord and act with courage as Abish did and watch the miracles unfold thereafter.

The Queen: A Faithful Force 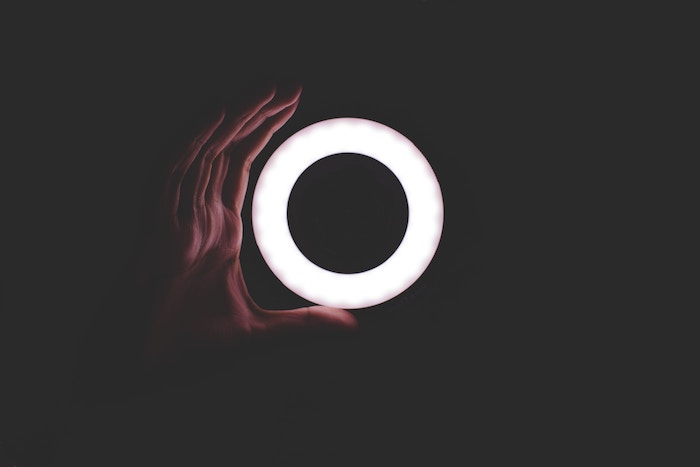 Abish wasn’t the only woman in Alma 19 to do the Lord’s work; the queen was also instrumental. While King Lamoni was undergoing an intense spiritual surgery, many of his servants said he smelled of death and insisted the queen prepare to bury him. But the queen relied on her instincts. She refused to bury her husband, she told Ammon, for to her he did not “stink” (at least no more than a living man would.) And she was right, as Ammon assured her.

The rest of her conversation with Ammon reveals that the queen’s keen senses led her to develop a different kind of instinct:

In spite of few witnesses, the queen believed Ammon’s words, so much that he praised her for Nephite-transcending faith. The queen’s transition into faith was a smooth one because she followed her gut. Yet, I don’t think it was her gut; I believe it was the light of Christ illuminating her mind.

We don’t need heavenly signs or a multitude of witnesses to develop faith. Rather, we can listen to the remnant of divine nature that resides in each of us as children of God.

In Mosiah 19, King Noah scrambles to escape the Lamanite army encroaching on his kingdom’s borders. He exhorts the men to do the same and leave their wives and children behind. Some men left, but the remainder refused to leave their families. They tried a different approach: 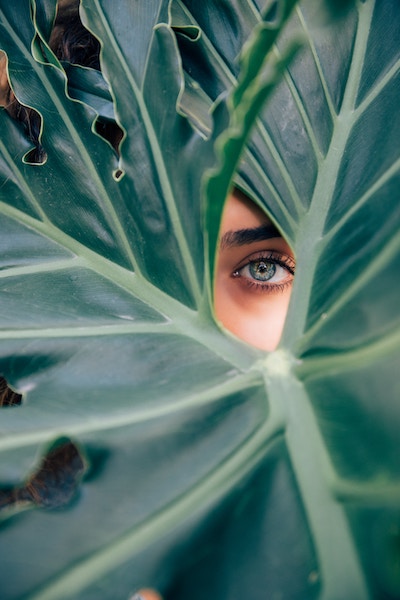 ause of a few girls batting their eyelashes and swaying their hips. Rather, I believe God, who knows the influence women can have, inspired these desperate fathers to rely on their daughters. And even if it was their beauty, they were so beautiful that they prevented the slaughter of their people. Put that on a resume.

I think there are two lessons here. First, I believe that women do have an extraordinary influence. And when we use our influence for righteous causes, such as family or political liberty, God will magnify our efforts.

Secondly, these fair daughters were able to soften hearts of the Lamanites. There are other instances in the Book of Mormon where women have softened the hearts of men. I can’t help but think this is symbolic of the Savior, whose charge is not only to soften but to change hearts. Perhaps this is not a story of feminine beauty, but of the symbolic similarities between women and the Savior. 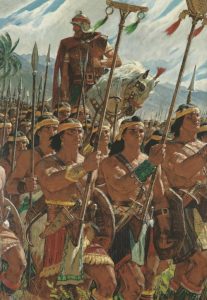 The artist of the painting to the left depicted his characters not as they were physically, but as they were spiritually. The stripling warriors were not brawny; they were probably scrawny teenagers with cracking voices. And yet all two thousand survived battle after battle against a ruthless Lamanite army. These young men weren’t hitting the gym, but they were listening to their mothers.

Because of their mothers’ faithful examples, they believed “if they did not doubt, God would deliver them.” That faith gave them the courage to fight in the place of their fathers and the determination to live.

Some parents wish they could fight their children’s battles. And while children will have to fight for themselves and receive the wounds thereof, a mother’s faith can be one of the strongest armaments a child could have.

The Daughter of Jared: Creative But Criminal 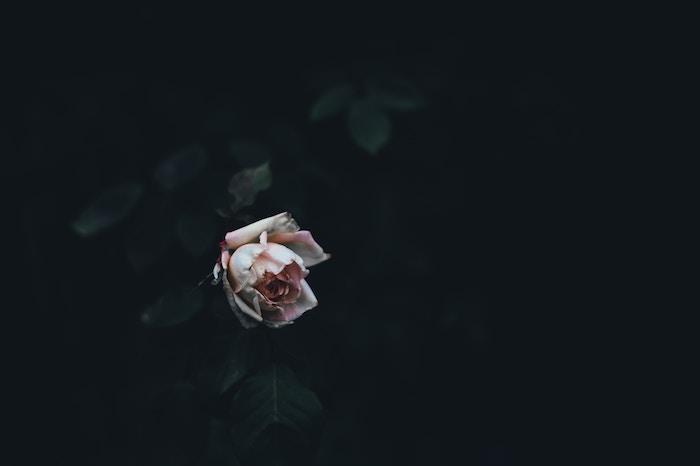 Disclaimer: the daughter of Jared was not a righteous woman. But we can still learn a lot from her role in the Book of Mormon:

7 And now Jared became exceedingly sorrowful because of the loss of the kingdom, for he had set his heart upon the kingdom and upon the glory of the world.

8 Now the daughter of Jared being exceedingly expert, and seeing the sorrows of her father, thought to devise a plan whereby she could redeem the kingdom unto her father.

9 Now the daughter of Jared was exceedingly fair. And it came to pass that she did talk with her father, and said unto him: Whereby hath my father so much sorrow? Hath he not read the record which our fathers brought across the great deep? Behold, is there not an account concerning them of cold, that they by their secret plans did obtain kingdoms and great glory?

10 And now, therefore, let my father send for Akish, the son of Kimnor; and behold, I am fair, and I will dance before him, and I will please him, that he will desire me to wife; wherefore if he shall desire of thee that ye shall give unto him me to wife, then shall ye say: I will give her if ye will bring unto me the head of my father, the king.

Recap: The daughter of Jared digs up some old scripture about secret combinations. She offers to dance for the friend of the rightful king, Omer. And he will want to marry her so bad that he will do anything Jared asks of him, i.e. murder.

The daughter of Jared opened a floodgate of sin and murder among the Jaredites, but I can’t deny that she was “exceedingly expert.” Though wicked, her plan was genius! And it would have worked, had the Lord not intervened. She was probably a very intelligent and talented woman—her only issue was that she used her gifts in vain. What would her country have been like had she used her gifts for good?

Like our Heavenly Father, Satan is keenly aware of the influence of women. And when we allow ourselves to fall into Satan’s snares, we allow him to minimize our capacity to perpetuate goodness. The Book of Mormon is a book for our day, and I believe the daughter of Jared has plenty to teach us about how we conduct ourselves as women.

The Book of Mormon shows us that women of God can have a powerful impact on the people around them. Their courage and faith have saved both lives and souls. Maryon Pearson, the wife of a Canadian prime minister, once said, “Behind every successful man, there stands a surprised woman.” And perhaps behind every successful woman, there should we all stand—with note-taking materials in hand.