Faith Your Foreordination in the Pre-Existence

When we talk about foreordination in the Church, we are always careful to distinguish it from “predestination.” Foreordination in pre-mortal life sets us apart and gives us the head start we need to perform special service during mortality, but it doesn’t compromise our agency in any way.

We are free to lead our lives in any way we see fit, and if we are spiritually diligent, repentant, and make the choice to continue in faith, we might fulfil that which we are foreordained to do. If we fail to fulfil the role to which we were foreordained, someone else will be called by God to do it.

We know that the greatest among us, especially those who become spiritual leaders administering the true gospel, were foreordained to the task. As described in the Book of Abraham, Abraham learned that he was one of the “noble and great ones” chosen before he was born to be a leader among men, a prophet. In Abraham 3:22, 23, we read,

Now the Lord had shown unto me, Abraham, the intelligences that were organized before the world was; and among all these there were many of the noble and great ones;

The lesson was repeated to Joseph F. Smith in his vision of the Spirit World:

[I saw] the Prophet Joseph Smith, and my father, Hyrum Smith, Brigham Young, John Taylor, Wilford Woodruff, and other choice spirits who were reserved to come forth in the fulness of times to take part in laying the foundations of the great latter-day work…

Even before they were born, they, with many others, received their first lessons in the world of spirits and were prepared to come forth in the due time of the Lord to labor in his vineyard for the salvation of the souls of men (D&C 138: 53, 56).

Most of us are not going to become prophets. Then, were we foreordained?

Foreordination to the Priesthood 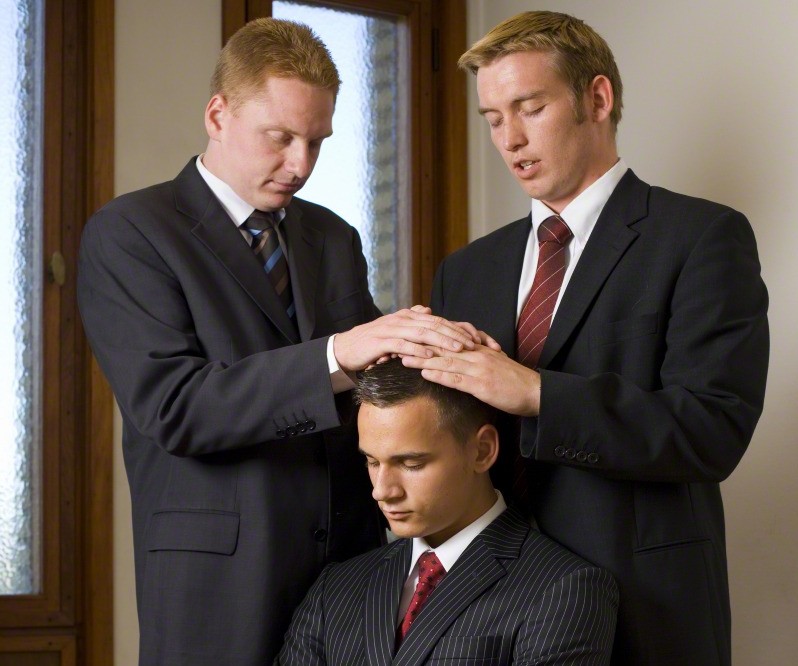 Our leaders have taught us that those among us who hold the priesthood were foreordained to do so:

Alma taught the great truth that every person who holds the Melchizedek Priesthood was foreordained to receive that high and holy order in the pre-existent councils of eternity. “This is the manner after which they were ordained,” he says. They were “called and prepared from the foundation of the world according to the foreknowledge of God, on account of their exceeding faith and good works [while yet living in the pre-existence]; in the first place [that is, in pre-existence] being left to choose good or evil; therefore they having chosen good and exercising exceedingly great faith, are called with a holy calling, yea, with that holy calling which was prepared with, and according to, a preparatory redemption for such.” Thus, he explains, Melchizedek Priesthood holders have been “prepared from the foundation of the world” for their high callings. The Lord has prepared them “from eternity to all eternity, according to his foreknowledge of all things” (Alma 13:3–9) (emphasis and square brackets in original). (See Bruce R. McConkie, Mormon Doctrine, 2nd edition.)

Being chosen to be born in the last dispensation of time

Many LDS prophets have stood before us and told us we were foreordained to be born during the latter days.

God has held you in reserve to make your appearance in the final days before the second coming of the Lord. Some individuals will fall away; but the kingdom of God will remain intact to welcome the return of its head—even Jesus Christ. While our generation will be comparable in wickedness to the days of Noah, when the Lord cleansed the earth by flood, there is a major difference this time. It is that God has saved for the final inning some of His strongest children, who will help bear off the kingdom triumphantly. …

… Make no mistake about it—you are a marked generation. There has never been more expected of the faithful in such a short period of time than there is of us (The Teachings of Ezra Taft Benson [1988], 104–5).

Being foreordained to be a Savior on Mount Zion

Joseph Smith introduced the idea of becoming Saviors on Mount Zion in doing work for our kindred dead:

But how are they to become saviors on Mount Zion? By building their temples, erecting their baptismal fonts, and going forth and receiving all the ordinances, baptisms, confirmations, washings, anointings, ordinations and sealing powers upon their heads, in behalf of all their progenitors who are dead, and redeem them that they may come forth in the first resurrection and be exalted to thrones of glory with them; and herein is the chain that binds the hearts of the fathers to the children, and the children to the fathers, which fulfills the mission of Elijah. …(from a letter by Joseph Smith to apostles serving in Great Britain).

In fact we are told that by taking the gospel to others and bringing them to repentance, by doing genealogy and temple work, and by living Christ-like lives, we can come to stand as saviors on Mount Zion. By freely giving his life, Christ, and Christ alone, atoned for all mankind. We have the opportunity of aiding others to accept his love and his sacrifice—the gift of the atonement—and thereby aid in the work of exalting the human family, becoming saviors on Mount Zion.

Becoming a savior for others is not an easy task. If we study the life of the Savior, it becomes apparent that he suffered to aid his brothers and sisters….We must ask if to become as Christ is we must learn in some degree to suffer for others as he suffered for us….every real gift involves a sacrifice on the part of the giver, a willingness to suffer for the good of others if need be.

The gospel of unselfishness is a gospel of service—not mechanical service, but loving service. Not giving simply until it hurts and then stopping, but giving even though it hurts, and continuing to give, if need be, for eternity. I think of a mother’s agony at viewing her young child, already diagnosed as having multiple sclerosis and facing a life of relative helplessness and suffering. That mother sees the prospect of giving a great deal to a child who will be able to respond less and less, returning little but the love it is given. But that mother and her family will grow in their ability to love and serve, just as the child learns to accept help and care from them. And all will have to endure to the end.

Some foreordinations are very personal. Rather than being the prophet to a generation, you might be called to save one person who might otherwise be lost.

To the world, you might be just one person,

But to one person, you might just be the world.