This article has been shared here by permission of the author. The original article can be found at AggieLandMormons.org.

Darkness was settling in on the last night of my first month in Yongin, South Korea. What an…interesting…month it had been. I was still a little green, no question about it. Yongin was only my second area. Three different companions in my first three months in the country; and I was about to receive my fourth companion the next day.

A month earlier when I first learned I was transferring to Yongin, I was elated to find out I would have my first native Korean companion, Elder Kuon. This would be full Korean immersion. Bring it on.

Yongin was about as close as we got to “rural” in our very urban mission. Our small branch met weekly for sacrament meeting in the unoccupied second bedroom of our modest, two-bedroom missionary apartment. The other bedroom—our bedroom—became the makeshift Primary room every Sunday for the branch president’s six beautiful children and their mom, the Primary president.

As it turned out, Elder Kuon and I got along great. He was about five years older than I was, having completed his mandatory military service before coming out on his mission. I was happy to have an older, wiser senior companion from whom I could hopefully glean some great lessons about the Korean people, culture, and language. What I had failed to anticipate, however, was the change in how people would respond to us when we knocked on the doors of their apartments.

During my first two months serving with American companions, we received plenty of rejection. But people generally seemed amused, if a bit bewildered, when they opened their door and found two Americans standing there speaking their finest imitation of Korean. It wasn’t uncommon for a startled person to slam the door in our faces; plenty of people turned us away. But even when they rejected us, I often saw a friendly smile that said, “Thank you for trying to learn our language.”

With Elder Kuon at my side, the past month had been different. We didn’t have many investigators when I came to Yongin and with such a small branch, we spent a lot of time contacting people on the street and knocking doors. To me, it seemed like as soon as people opened the door and saw a Korean missionary standing there, the doors slammed faster and harder than before. I usually couldn’t understand exactly what people were saying when they spoke to Elder Kuon, but my sense was that he was frequently being told, in so many words, that a Korean like him should know better than to interrupt someone at home. There was also the issue that I had suddenly become invisible to everyone who came to the door—they all looked right past me to my Korean companion. I don’t think it’s exaggerating to say that we did not get invited into a single apartment during the entire month of knocking doors together.

And so here we were. It was Sunday night around 7:00 PM, and Elder Kuon and I stood on the sidewalk near the main intersection in Yongin. With no appointments, we had a decision to make. We weren’t normally supposed to return home until 9:00 PM, but tomorrow was transfers and we would each be receiving a new companion. Retiring early that night didn’t seem unreasonable. I don’t remember who said it, but one of us suggested that we step off the sidewalk into the shadows and offer a prayer to ask the Lord what He wanted us to do. In my simple Korean, I gave voice to a prayer that asked the Lord to direct us in how to spend our time for the remaining two hours of the night.

After I said, “Amen,” I kept my eyes closed for a moment before opening them. The first thing I saw when I opened my eyes was a light on top of a distant apartment building. Many apartment buildings in Korea are so tall that they have blinking aircraft warning lights on top. When I saw the light, I felt a strong impression that we needed to walk to that distant apartment building and start knocking doors. A little hesitant to suggest walking that far at this time on this night, though, I spoke first and asked Elder Kuon what he felt we should do. Being a wise senior companion, he replied, “What do you think we should do?” 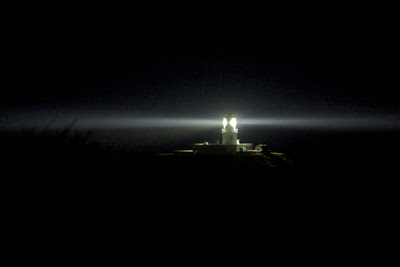 “I feel like we need to go knock at that apartment building,” I replied, pointing to the building in the distance.

“I feel good about that,” Elder Kuon affirmed. So off we went. Once we got there, I knew exactly which building of the dozen or so high-rises in the complex we should go to. We hopped on the elevator and rode it all the way to the top. As was our custom, we said a prayer together on the top floor, then began making our way down through the apartment building, knocking on the two apartment doors on each floor, then walking down the stairs to the next floor to repeat the process.

This particular apartment building had 20 floors. By the time we had been rejected at every door for ten straight floors, I began to feel bad about my suggestion that we walk all the way there. But then something surprised me on the 7th floor. Elder Kuon knocked on the door of an apartment, and a kind and friendly looking man opened the door. Elder Kuon gave his normal introduction: “Hello, we’re missionaries from The Church of Jesus Christ of Latter-day Saints. We are here to share a message with you…”

The strange thing was that, for the first time in a month, I wasn’t invisible to the person at the door. Instead, he looked straight at me several times then back to Elder Kuon. I understood enough Korean to hear the man ask, “Are you the Mormons?”

I braced myself for another slammed door, but instead, the man said politely, “Please come inside.”

I didn’t understand much of the initial conversation in this man’s living room that night. I saw his wife timidly hanging back in another room, occasionally peeking around the corner to see what we were doing. Something told me she was intently listening even though she didn’t want us to know it. Importantly, I felt a warmth and a goodness in this home that had evaded us all month. At some point, we formally started the 1st discussion, and I dutifully rehearsed my memorized principles and bore simple testimony of the truths we were sharing. The man smiled and nodded patiently each time I spoke. We had a prayer with the man at the end of the lesson, and I could tell he invited us to come back.

After we left the apartment to catch a taxi home, Elder Kuon explained to me what had happened. When we sat down inside the apartment, the man whom I would later come to know as Brother Song, explained to us that he had an older sister who lived in Pennsylvania. Last night, his sister called from Pennsylvania to ask her brother a strange question.

“Have you ever heard of the Mormons?” she asked. He told her he had never even heard that word before. She went on to explain that during the previous weekend, she had been invited by a close friend to attend a church meeting that just so happened to be presided over by a Korean general authority, Elder In Sang Han of the Seventy. (We later learned this was a stake conference.) She felt such a sweet spirit at the meeting, that she felt impressed a week later to call her younger brother in Korea to tell him all about it. At the end of her phone call, she said, “You should find out more about the Mormons.”

Less than 24 hours after he hung up the phone, we showed up on his doorstep.

The rest, as they say, is history. My new companion, Elder Marker, and I had the glorious blessing of teaching Brother Song and his wonderful wife, Sister Cho, the remainder of the missionary lessons. Within a couple of months, both of them were baptized—Brother Song’s older sister even flew in from Pennsylvania to attend the baptism. Twelve months later, I received permission to be there in the Seoul Korea Temple when this beautiful couple received their endowments. 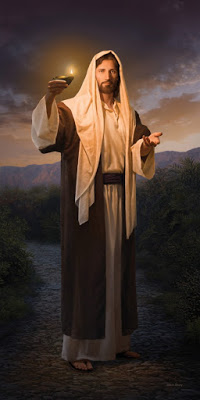 I reflect often on the miraculous events that led Elder Kuon and me to find this wonderful couple at that moment on that dark night in Yongin. When I think about the people and events that had prepared them to receive our message, I am amazed at how the Lord orchestrated things. I will never forget His direct answer to our prayer that night. “And I will also be your light in the wilderness; and I will prepare the way before you, if it so be that ye shall keep my commandments; wherefore…ye shall know that it is by me that ye are led” (1 Nephi 17:13).