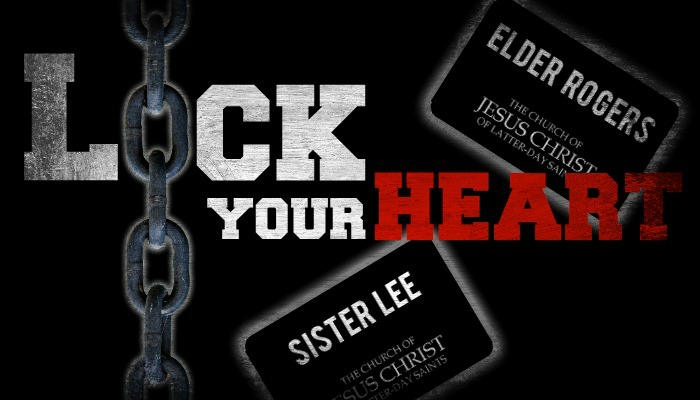 You’re a young single adult minding your own business at university. One day you accidentally bump into an old Elder or Sister from your mission. You exchange pleasantries, one thing leads to another and before you know it you’ve crashed head-on into an important ethical dilemma: Is it appropriate to marry someone from your mission?

The possible combinations of circumstances, scenarios and what ifs are infinite, but at the end of the day it’s a fair and honest question. It’s one that a lot of people ask and one that deserves an answer, so here it is. 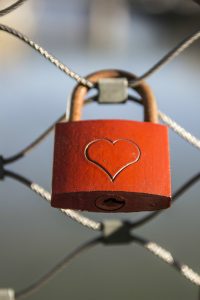 Marriage is encouraged—it’s a great thing. So, why wouldn’t it be appropriate to marry someone from your mission? Many opponents of intra-mission marriage strongly base their opinion on a talk that Spencer W. Kimball (then a member of the Quorum of the Twelve) alleged gave to a group of missionaries in Latin America in the 1960s, titled “Lock Your Heart”.

Details surrounding the circumstances of this talk given over 40 years ago are sketchy at best, but here’s an excerpt to give you a taste of what Elder Kimball said:

So we just don’t fall in love unless we are fooling around. We never fall in a crater unless we are somewhere near the edge of it. I have been up to Vesuvius and on a number of craters and volcanoes, and I know you just don’t ever fall in a crater unless you are on the edge of it. And so you just keep your hearts locked. I said lock them in Salt Lake when you leave the Mission Home, and don’t give a thought to it. But if you go around and say, “Well, she is kind of a pretty girl. She surely is a sweet little thing. She’s a nice girl. I’d like to talk with her—I’d just like to visit with her,” well, you are in for trouble and that trouble can bring you a lifetime of trouble, a lifetime of regrets if you continue on with it …

Someone said, “Well, is there any harm in marrying a Mexican girl if you are working in Mexico?” No, that isn’t any crime, but it proves that some missionary has had his heart open. He has unlocked it. Is it wrong to marry a German girl when you have been on a German mission? Why, no, there is no crime in that, if you met her some other way. But when you meet her in the mission field and you have opened, I tell you it isn’t right! And you have shortchanged your mission.

Just keep your hearts locked. Your whole thought should be missionary work. How can I make it more plain and more important than that? I’d like to because there is no reason whatever for any missionary to ever become involved, not even in a decent way, with any girl in the mission field.

Wow, that’s some intense language. You can read a full transcript of the talk here, but remember that you can’t find it on the Church’s official website, nor have senior brethren acknowledged it.

I’ll admit that for years I interpreted “Lock Your Heart” as the final word on this topic. He says it’s wrong, case closed. That may be true, but consider the following statement made on Mormon Newsroom over ten years ago:

Not every statement made by a Church leader, past or present, necessarily constitutes doctrine. A single statement made by a single leader on a single occasion often represents a personal, though well-considered, opinion, but is not meant to be officially binding for the whole Church. With divine inspiration, the First Presidency (the prophet and his two counselors) and the Quorum of the Twelve Apostles (the second-highest governing body of the Church) counsel together to establish doctrine that is consistently proclaimed in official Church publications. This doctrine resides in the four “standard works” of scripture (the Holy Bible, the Book of Mormon, the Doctrine and Covenants and the Pearl of Great Price), official declarations and proclamations, and the Articles of Faith. Isolated statements are often taken out of context, leaving their original meaning distorted.

So, is “Lock Your Heart” a binding proclamation of doctrine (or even just policy) over the Church? Well, some of it. The overall message is unmistakable:

Missionaries should not instigate relationships while serving a mission. The missionary handbook, approved by the Brethren, is crystal clear when it comes to a missionary’s relationships with the opposite sex:

Never be alone with, flirt with, or associate in any other inappropriate way with anyone of the opposite sex. Do not telephone, write, e-mail, or accept calls or letters from anyone of the opposite sex living within or near mission boundaries. The only exceptions are for communications between sister missionaries and their mission leaders, mission-related telephone calls (such as calls to confirm appointments), and letters of support and encouragement to converts (see “Communicating with Converts” on pp. 36–37). Report immediately to your mission president any situation that might cause you or your companion to violate this standard.

Do not counsel missionaries of the opposite sex, even if you are serving in a leadership position. Such talk can lead to inappropriate feelings and relationships. Always refer such cases to your mission president. 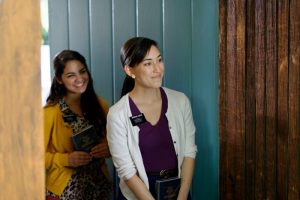 It is unfair for us to make the assumption that because a couple knew each other from the mission they must have behaved inappropriately during their time in the field. We can’t robotically put them in that box.

Another hypothetical: If you meet someone after your mission and subsequently find out he/she used to live within your mission boundaries, is it OK to pursue them? Of course it is. You couldn’t possibly have opened your heart to someone you didn’t know existed.

Elder Kimball is correct when his words support what Church leadership has already officially stated. Everything else is either his personal set of beliefs or simply a message with special significance to the missionaries who received it 50 years ago.

We’ve already established that Church leaders’ opinions are not necessarily rules we have to live by, but in general it’s a good rule of thumb, right? Personally, I think that’s a solid idea, but we have to understand that not all G.A.’s are going to have the same opinion.

Take this excerpt, for example, taken from a speech that President Monson gave (then a member of the First Presidency) at BYU in 2005, titled Decisions Determine Destiny:

Many years ago I served as a mission president. I had 450 wonderful, dedicated missionaries. When we returned home to Salt Lake City after three years, my dear wife and I were a little surprised one evening as we ran a tally on our missionaries, only to find that there were some sister missionaries who had not as yet found an eternal companion. We determined we would do what we could to help out. I said to Sister Monson, “Frances, let’s plan with a purpose and invite three or four of our lovely sister missionaries to our home. We’ll have an activity where they can tell us who of all the single returned male missionaries they would like to have invited to a little fireside in our home. Then we will show pictures of the mission, and we will arrange the seating so that they can become well acquainted with one another.” This was done, and I might say that the four girls whom we invited eagerly responded to the challenge.

In shoe boxes we maintained individual five-by-seven-inch photographs of every missionary. We had four such boxes, with missionary pictures in each. As those four girls sat around our living room, I said to each of them, “Here is a gift. Thumb through your box of pictures and tell me which of all the pictures represents the young man whom you would most like to have invited to come to this fireside.” My, that was an interesting scene. I think that the only way I could adequately describe it is to ask a question. Have you ever seen children on Christmas morning? We went forward and invited the chosen four young men to join these four young ladies in our home, and we had a glorious evening. At the conclusion of the evening, I noticed two of them slowly walking down our driveway, and I said to Sister Monson, “This looks promising.” They were walking very close together.

It wasn’t long afterward that I received a telephone call from the young man. He said, “President Monson, do you remember that I promised you if I ever fell in love, I would let you know?”

He continued, “President, I have fallen in love.”

I was discreet; I didn’t guess. I said, “You tell me.” And he named the sister missionary with whom he walked side by side and hand in hand from our party that evening. They have now been married for 42 years and have five children and many grandchildren.

Was President Monson acting inappropriately when he and his wife set these intra-mission couples up? You’re free to form your own opinion, but I don’t think so.

Avoiding the Appearance of Evil

Many opponents of intra-mission marriage disapprove simply because the situation suggests to the mind that the couple probably broke mission rules. Do we scroll through Facebook, see intra-mission couples and immediately assume the worst? Do we instantly question their faithfulness during their missions?

There we go judging people again. We need to stop. It’s that line of thinking that causes intra-mission couples to dread telling others the story of how they met; when forced into a corner, their story begins with “well, we met on the mission, but…” What follows is a well-prepared line of justification in an attempt to either win the approval of the inquisitor or parry the impending judgmental pause which says, “Wow, what were you two really doing on your mission?”

When we see that woman in the ward drinking from a Starbucks cup—it’s just a Zebra Hot Chocolate.

When we spot that brother walking into Walmart on a Sunday—he’s just picking up medicine for a sick child.

When we catch a glimpse of several brown glass bottles rolling around in your home teacher’s pickup—it’s just root beer.

(And by the way, even if it’s coffee, if he does his shopping on Sunday or has an alcohol problem, the Christ-like response is love and encouragement, not sideways glances and condescending disapproval.)

Instead of always relying on others to avoid the appearance of evil, how about we all learn how to give others the benefit of the doubt when we don’t have (nor are we entitled to) the full story. That’s their business.

We can’t let thoughts of judgment fester in our minds. We need to do the only thing we can safely assume is the right thing to do in any situation—love them.

I’ll be the first to admit, I’ve been guilty of the judging, the assumptions and the raised eyebrows. This article is for me, more than anyone. I’m sure plenty of those intra-mission couples I disapproved of (like my approval matters) were completely innocent. I’m sure hearts were closed and nothing inappropriate happened during their missions. I’m sure some other relationships have had more questionable origin stories. Either way—that’s not my judgment to make.

So, is it appropriate to date someone from your mission?

If its you that’s thinking about starting the relationship, the answer is sometimes. Only you, the significant other, and God can determine that.

If you’re asking this question with someone else in mind, stop asking it and just be happy for them.