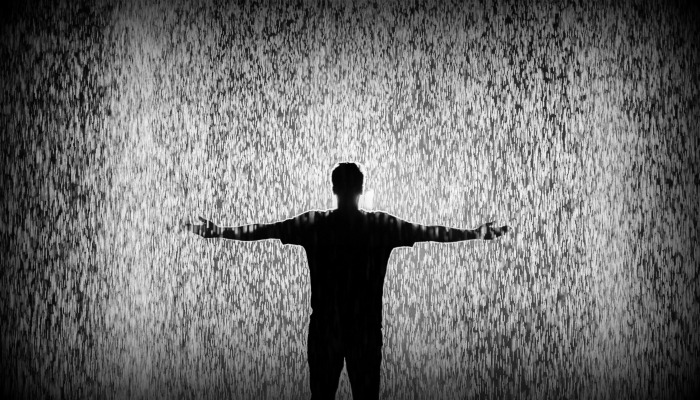 It was a unique day to be a missionary in Northern Mexico—there were clouds in the sky. They were something to look at, and something to invest hope in, but they did little to mask the merciless sun that pounded us day by day. Oh well. On the bright side (no pun intended) I’d have the opportunity to work on the tan developing under my white missionary shirt. In just a few months the shape of a tie would start to highlight itself on my bare chest. But the clouds were still a welcome sight, and it looked like more were already rolling in from the South. Who knows, maybe we’d get lucky.

It was shaping up to be a full day of teaching—every missionary’s dream. Lunchtime came around 2:30. A kind family from the ward had signed up to provide lunch for us that day, but they were unable to host us in their house. They gave us the food to go and we ate in the church building nearby.

An hour later, we were back on the streets. The sun was high overhead but had retreated behind the clouds, which had thickened considerably. We planned to visit a woman named Patty at 4:00 PM. She deserves her own story altogether.

The problem with visiting Patty, though, was that her home was a solid half hour’s walk away from the church building, and for the first time in a long time, a hint of humidity hung in the air. Rain was coming, and soon. And that was a bittersweet thing. On the bright side (note the irony), the rain would cool things down outside. But it would also make traveling considerably more difficult. It doesn’t rain often in the Mexican desert, but when it does, it really does. Streets become impassable rivers. Sidewalks become front-row Sea World seating as city buses speed through flooded gutters. Missionaries become sponges. Rain started to sprinkle down on us. Our visit to Patty would have to wait.

“Alright, Elder, what are our opciones?” my companion asked. I scanned our schedule.

“He’s too far, too.” Elder Diaz replied, looking at the sky. “We’ve got to get indoors now.” 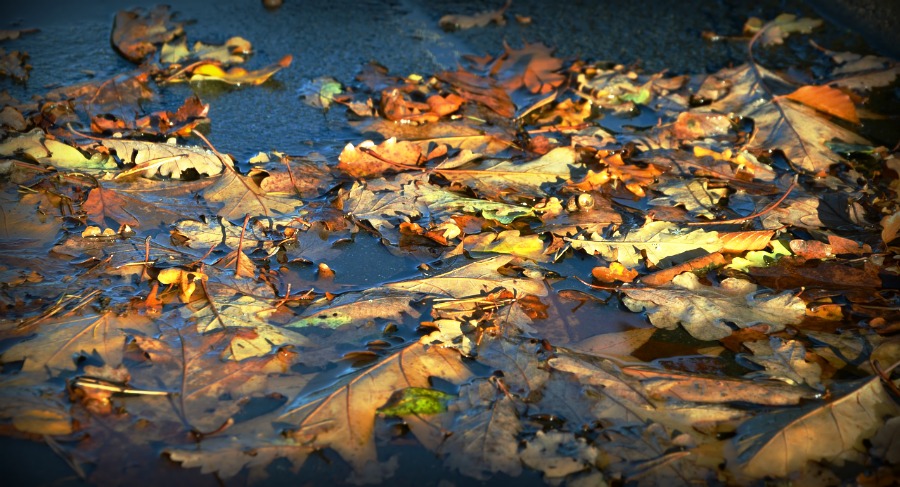 The sprinkle turned into a drizzle. A dull roar emanated from the community behind us as heavy rain started pelting rooftops. It was headed our way. I closed my planner and slipped it in my shirt pocket. “What about Gabriela? She lives just a few blocks away. We can make it.” Elder Diaz nodded and we started down the street and into a residential area.

32-year-old Gabriela was a less active Latter-day Saint. She lived with her mother, who was active, and who loved having the missionaries over. Gabriela accepted The Book of Mormon long ago, but just couldn’t take Church attendance seriously. A few other family members had filtered in and out of our teaching pool, but with little success. Gabriela’s 25-year-old sister, Angelica, had never been baptized in the Church. She came close to baptism at one time, until we discovered she actually didn’t live at home with the rest of her family, but rather with her boyfriend.

Unfortunately, Alonso had no desire to turn their relationship into a legitimate marriage, which meant that Angelica was violating the Law of Chastity, which impeded her qualification for baptism. The fact that he didn’t want to get married was, of course, troubling to Angelica, but not troubling enough to motivate her to leave him.

Gabriela lived in a worn two-story concrete home. The front door of the house was in the far corner of the gated garage. The floor of the second story provided a roof for the garage. The gate was open. Elder Diaz and I rounded the corner and bolted for cover at full missionary walking speed just as the downpour engulfed the street at our heels. We crossed our fingers and knocked on the door, hoping not to be expelled back into the rain by an empty house.

Angelica opened the door. “Hola, Elders!” We were in. Well, “in” in the sense of finally sitting down to teach a lesson, but because she was the only person home, we followed mission rules and taught her in the garage (we weren’t allowed to be alone with someone of the opposite gender in their home).

She sighed. “I’m good … I still want to be baptized, but Alonso won’t budge. He doesn’t want anything to do with the Church. He doesn’t want to get married. On top of that … we’ve just been fighting a lot lately.” She looked down at her hands.

Elder Diaz broke the silence. “Well, Angelica, what do you feel like the right thing to do is?”

Another sigh. “I really don’t know. The gospel is true, I believe it, but I also love Alonso. I don’t think I can leave him … but I also feel like I probably need to.”

“It’s a really tough decision, Angelica,” I sympathized. “The scriptures teach us that God is willing to help us make tough decisions. Have you prayed about what to do?”

Angelica looked at me and then my companion. “Yes, I have.”

“Do you feel like you’ve received an answer yet?” I asked.

She hesitated. “I … I think so. Because I was literally just praying about what to do before you knocked on the door.”

Elder Diaz and I exchanged a quick glance, both knowing what the other was thinking. It was for moments like these that we lived for—when God simply put you where you needed to be in order to help people in a very personal way. And surely Angelica recognized our arrival as a acknowledgment of God’s concern for her as well.

Elder Diaz smiled. “We weren’t planning on stopping by here today, Angelica. But I don’t think we’re here by accident.” She nodded, smiling in agreement.

Frankly, I already considered it a miracle that we’d shown up on her doorstep at that exact moment, but then I saw something that will stick with me until the day I die.

I hadn’t noticed before, but the T-shirt Angelica was wearing had English writing printed on it. I blinked my eyes a few times, wondering if I was really seeing what I was seeing.

“Angelica,” I started. “You’ve been meeting with missionaries for a long time. We know you believe in this gospel. This relationship with Alonso has been the only thing holding you back from fully committing. It’s an understandably difficult dilemma, and it’s not our place to tell you how to live your life. That said … do you know what your shirt says?”

Angelica looked down at the English lettering on her shirt and then back at me. “…No. What does it say, Elder?”

There was silence for a few seconds. Elder Diaz’s eyes were wide. Angelica grinned in amazement. “En serio?” she asked. “Seriously?”

The warmth of the spirit that normally accompanies the accomplishment of a higher plan settled over us. Eventually Angelica spoke again, “I’ve been looking for an answer for so long now … and it turns out it’s been right under my nose this whole time.”

The right place at the right time 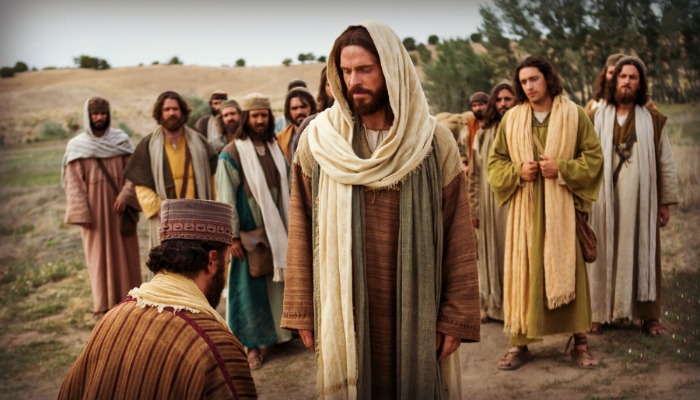 Too many pieces fell into place just too perfectly for me to believe it had all been a coincidence.

We weren’t planning on seeing Angelica that day. Even when the rain forced us to Gabriela’s house, we didn’t expect to find Angelica there. If we had come on any other day, she might not have been there (remember, she lived with her boyfriend). We “lucked” out there.

If we had come on any other day, she might not have been wearing that specific shirt.

If it had been another pair of missionaries, they may have both been Latino and unable to translate the slang English phrase.

To top it all off, we’d shown up, unexpected, right after Angelica had been praying about how to resolve her problem.

Chance had nothing to do with it. God placed us exactly where we needed to be in the exact moment we needed to be there, to deliver the two-word answer to Angelica’s prayer.

Angelica did not leave Alonso. They stayed together, and Angelica, to my knowledge, was never baptized. This is the story of a miracle with an unfortunate ending. Why, then, you might be wondering, is this story so important to tell?

Well, I share it with you for a few of reasons:

First, this is a story about real life. Sometimes real life doesn’t always have a happy ending. And that’s OK. The fact that this miracle didn’t end in the waters of baptism doesn’t mean it’s less of a miracle than the stories we read in the New Era every month. And the fact that Angelica didn’t act on her miracle doesn’t mean she’s condemned to an eternal Hell, either.

Second, God cares about His children, no matter their choices. God knew Angelica wouldn’t ditch Alonso, but despite her choices, He wanted her to know that He cared about her, He loved her, and He was listening to her prayers. God’s love for us is not conditioned upon our faithfulness. There are no conditions.

Finally, I’ve treated this experience as a profound miracle for Angelica, which it was. But this was also a miracle meant for me. It showed me that despite my own weaknesses and shortcomings, God still used me as a tool in His hands to accomplish His purposes. It meant that God trusted me to get the job done for Him. I (unknowingly) relied on Him, and He relied on me. We did everything we could for Angelica, and the rest was up to her. She decided to use her agency to go another direction. That’s her call. As for me, it was an unspeakable honor and a tender mercy to have had that interaction with God. That, to me, is my happy ending.

And who knows, maybe the part Elder Diaz and I played was just a small step in a much larger plan for Angelica. Some people plant seeds, some reap the harvest. Miracles are happening all over the place along the way. Maybe the happy ending you might have been expecting is simply yet to come.

7 Modern Miracles That Will Give You Hope