Faith Belief I Ran Away on My Mission, Here’s What Happened and Why 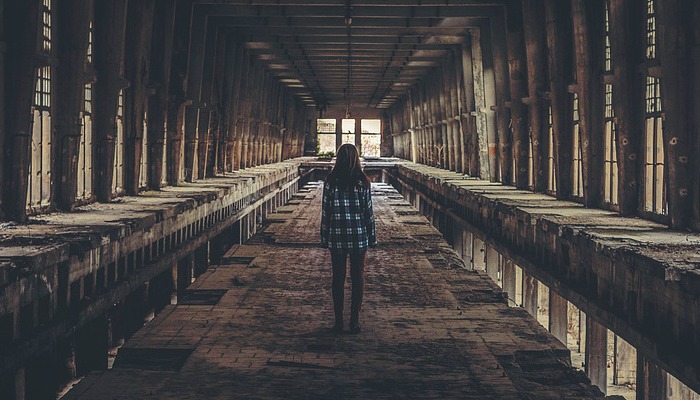 It was early in the Summer of 2015 when I awoke, by accident, 45 minutes later than the missionary schedule dictated. It was destined to happen that day. I woke up my companion who would shower first, giving me the perfect amount of time to escape.

I’d thought about it for weeks now, my plan to run away. I had enough personal money, some money from my missionary card I could pull from the nearest ATM (mostly so I couldn’t be tracked), and a train station close by that could get me directly to NYC in less than an hour. It was thrilling to image that I could be on a plane to Europe starting my new life before my companion had even realized I was gone!

The night before this, I had written a private letter to Heavenly Father and Jesus telling them that I couldn’t do it any longer: I couldn’t be the messenger they wanted me to be. I wrote that I wasn’t capable of helping other people to understand their plan, because I didn’t understand it. I told God that I refused to continue to “lie” to people by telling them how they could experience joy by living the Gospel when I wasn’t and didn’t believe I could. In concluding my letter I made a point to express that I didn’t measure up and that I didn’t think I ever could. I apologized for not being better, spiritually gave up on God (and myself) and decided to leave.

Becoming a Run Away Missionary

I heard the shower turn off sooner than I expected. Frightened, I gave up trying to pack a bag of belongings, grabbed my small wallet and bolted (as nonchalantly as I could) down the street. We lived in a suburb so I took the windy neighborhood streets where I knew my district leader and/or companion wouldn’t find me. Luckily, my jeans and t-shirt kept me pretty well disguised among other people.

I made it to Walmart where I perused the travel maps and pamphlets in the book section, still in shock that I had gone through with the beginnings of my plan. I felt heavy guilt knowing that I had broken several missionary rules in a matter of minutes (including reading the table of contents of the latest National Geographic magazine, shame on me!). My guilt must have overwhelmed me because eventually, I found myself outside on a public bench.

I somehow decided to reach out to my family and borrowed a stranger’s phone to call my brother. This man was the first angel to help me, but I wouldn’t acknowledge him or any of the others until months later. By some “stroke of luck” *eye-roll-face-palm*, my brother answered. Nevermind that it was just breaking dawn where he lived and also his prime hour of sleep, but just the fact that he answered an unrecognized number was a miracle! My brother and I didn’t talk long before Angel #1 had to return to work, but I told him I’d find a public library so we could chat.

The Start of Strange Encounters

I left Walmart and hitched a ride with a stranger to a library I’d never been to. This man told me that if I wanted to go canoeing at some “close by” lake, he’d take me the next day—I’m still grateful I didn’t take up that offer. At the library, I exhausted my free internet time on Facebook and only got 2 or 3 messages to my brother. In his final message, he told me to “talk to mom”…*gulp*. I’d have to find another library and some courage to do that!

Since I was out of internet time and I wasn’t spiritually prepared to open another NatGeo Mag, I left and began walking the more well-known streets of my area. I still felt very paranoid that someone would find me and we’d have an awkward altercation ending with two men with nametags tossing me into the back of their Subaru.

Whilst wandering, I met a man (enter Angel #2) who told me about his grandmother’s recent passing. I’m still not sure why he spoke to me, but we talked about God’s plan in the afterlife and I gave him a pass-along card; the gospel fit so nicely into that casual conversation. “Is this the way Jesus’ disciples preached?” I wondered.

Soon thereafter, I made it to the local ice cream shop where I indulged in a much-needed treat and sat outside. I still had a mini copy of the New Testament in my bitty wallet-purse. I opened it and began reading. “Aren’t I running away from this?” I thought. Still, the scriptures brought me comfort and I was beginning to feel peace replace paranoia. Maybe I could return to my mission instead of becoming a missionary fugitive…

Another man approached me and we did have an awkward conversation about “services” he thought I could offer him in the apartment upstairs. The ice cream parlor felt tainted at that point so I fled again, this time casually waving to one of our more serious investigators as we passed each other on the street. Another river of deranged thoughts flooded my mind: “Would Jon call my companion and ask where she was? Would he ask why we weren’t together? Would he tell her where I was?”

Marine Recruitment and Other Choices

I needed a solitary place, but where could I go that I wouldn’t be discovered? Soon, I found myself at the top of a local train station, contemplating whether or not to buy a ticket to NYC. Thoughts about what I would do, where I would go and who I would become pounded on me like the heat of the day. I must have fallen asleep on a bench outside because I woke up to an elderly man asking me if I was having trouble with my boyfriend. You guessed it, Angel #3. How could I even begin to explain to him my situation?

Thankfully I didn’t have to explain. Angel #3 gave me a good pep talk, encouraged me to join the Marines, and left me with a golden broach and a phone number should I choose to be a new recruit. Still perplexed, I contemplated my options: (1) go canoeing tomorrow with Creep #1, (2) see the inside of Creep #2’s apartment [which was never actually an option], (3) join the Marines or (4) continue to try to escape to Europe.

Eventually, I made my way to the other library just a block from my missionary apartment. I was also uncomfortably close to a member’s home who wouldn’t hesitate to lovingly question why I was alone or in jeans on a proselyting day, should he see me. The fear and anxiety were almost too much. It felt dangerous to be at the library, but I didn’t know where else to go and I had to talk to my mom.

Waiting for my mom to respond seemed to go on forever, probably because of how I was feeling. I felt like an imposter, a betrayer to God and an evil runaway missionary. But when my mom did respond it was as Jesus would, with love. She said that my mission president knew that I had left and that he was concerned for me, too. My mom asked me if I wanted to come home from my mission. She said it would be OK if I did, that no one would judge me, but I knew (as all teenagers do) that wasn’t true.

I didn’t want to face that shame; the shame of not measuring up to the ideal. Deciding to serve a mission despite having little actual knowledge of Jesus Christ, yet having a strong love for God didn’t matter. Neither did the 15 faithful, penitent and humble months I had already served. No matter what, I would still be the Early Returned Missionary and the Run Away Missionary *extra big eye-roll-face-palm*. At that point, I didn’t want anyone to know where I had gone or how much I was struggling; I wanted to disappear for good. (Prideful Drama Queen, much?) Yet, at the same time, I felt conflicted. 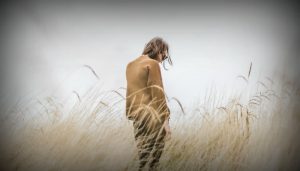 Our chat time was up at the library, but I wasn’t ready to end our conversation or to leave my mom again. Around the corner from the library, I found a pay phone and enough spare change in my small wallet to make one phone call. During our call, my mom pleaded with me to return to my apartment and to come home the right way (i.e. at the next transfer conference/through the Church’s system). Returning home the “right” way felt like it would take too long and would most definitely lead to too many people knowing about my “failure”.

I was extra nervous about what my family would think; about letting them down and bringing dishonor on our family. Nevertheless, I believed my mom when she said she wouldn’t judge or think of me poorly if I came home the very next day; she just wanted me to be safe. I couldn’t give any genuine reply before the phone call cut out. Without any closure, I was left to ponder my mother’s plea.

I didn’t go home to Utah until the end of my mission, 4 months later, thanks to Heavenly Father and His loving messengers, but I did return to my apartment 12 hours after fleeing from it.

After hearing my mom’s voice, I went to a local park where I laid in the grass and thought about what I wanted to do. Another investigator and her adorable family were there playing together. I watched their little girl swoon at the ducks in the pond as her mother pointed and smiled. Abuela stood behind the little girl and handed her bread to feed the ducks. Watching these 3 generations of women love each other and enjoy a simple Summer’s evening felt celestial. I felt God’s love for them, and for me, and decided to head back to my apartment.

I returned to my apartment and found my sister-training-leader, her newest trainee and my companion plopped on the floor trying their best to complete weekly planning. Declining hugs and pleasantries, I asked for some alone time and reported to my mission president. Speaking to my mission president was also like speaking to Jesus; he expressed love to me, gratitude that I was safe, and told me to call my parents.

Now, almost four years later, I’m weeping again as I think about how God rescued me. I’m weeping because of all the lessons running away taught me and because God’s mercies are ever present. We can close our eyes, cover our ears, shut Him out and even run away, but doing so will never change the fact that God is with you. Where ever you go, whenever you choose to go, and for as long as you stay away, he will be beside you.