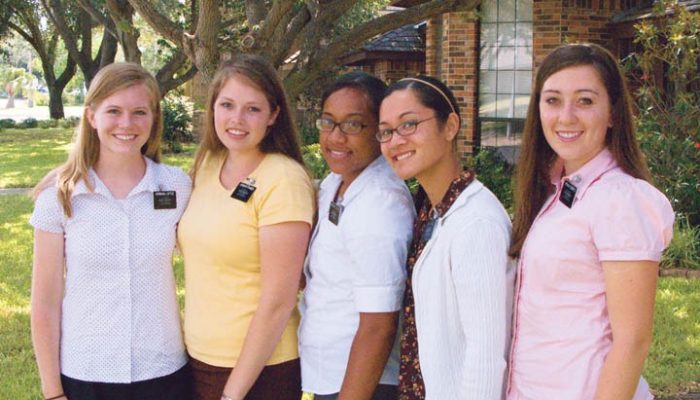 One of the biggest changes missionaries will see is an expansion of the allowable suit colors. Traditionally Mormon missionaries were directed to wear dark suits every day. Now they can wear not only lighter suits but also nice khakis without a suit coat. In some missions with warmer climates, missionaries are allowed to wear short-sleeved white collared shirts and khakis, reserving their suits for Sundays and other special meetings. (I should note that missions have always allowed for some flexibility regarding climate.)

Depending on the mission climate, some missionaries are even allowed to bring conservative, close-toed sandals with them. This is vastly different from previous dress standards, where missionaries were supposed to wear only dark, durable dress shoes. One of the benefits to the more flexible dress standards is that for some missionaries, preparing to leave will be easier and less expensive. This component is especially important given the recent influx of full-time missionaries instigated by the lower age requirement.

Sister Missionaries Have New Standards Too

Women missionaries also received changes to their dress code. Three years ago the dress standards for sister missionaries were updated to include clothing that was more young and trendy (think knee-length skirts instead of calf-length and cuter shoes!). In this more current update, sister missionaries have been encouraged to wear more colorful blouses with fresh prints, as well as trendy and fitted cardigans. One of the results from these changes will be that missionaries (sister missionaries in particular) will look more professional and less frumpy.

Updating the missionary dress standards does not mean that The Church of Jesus Christ is losing focus of its missionaries’ purpose. These revised dress guidelines will help missionaries not only feel more confident in their appearance but will continue to remind them of their purpose of emissaries of the Lord Jesus Christ. Missionaries’ work is not to make fashion statements but rather to spread the word of God to the world. The Church of Jesus Christ tries to help its missionaries stay current and updated so that they look professional and competent and knows that the most important standard is that the Lord sets. Mormon missionaries continue to pour forth in great abundance, doing their best to spread the happy message of the gospel of Jesus Christ.