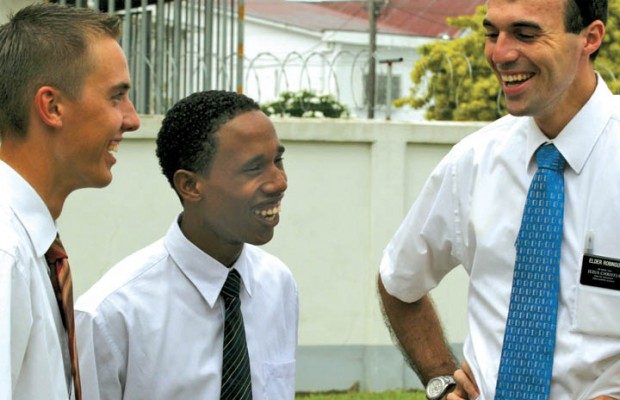 Saturday, Peggy Fletcher Stack, from the Salt Lake Tribune, reported that the number of baptisms per missionary dropped from five per missionary to 3.5 per missionary. This drop corresponds with the huge influx in new missionaries, so convert baptisms didn’t drop (in fact they went up 4%), but the per missionary numbers did. This Week in Mormons published this informative chart to illustrate the various numbers. 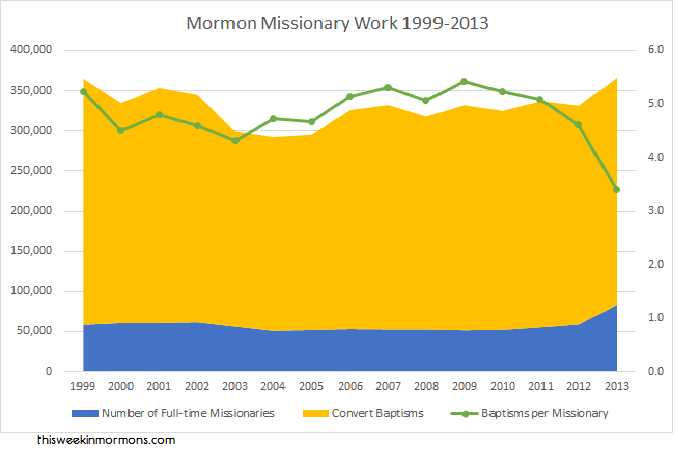 Matt Martinich from the blog LDS Church Growth believes the reason for the modest returns is because missionaries are tending to stay in areas where missionaries have already had success. Growth often comes from opening up areas where missionaries have not previously had a presence. Opening up new areas, however, requires more than additional missionaries, but can include working with new governments for permission (and visas), and ensuring that the area will be safe over the long-term. Martinich says that this policy of working from what he calls “centers of strength” ensures that growth remains slow and manageable.

As Stack reports, Church officials believe that these year-end numbers are hard to draw conclusions from, because the number of missionaries increased throughout the year.

Geoff Openshaw in his article for thisweekinmormons.com believes that these numbers don’t account for the biggest increase in converts that the missionary numbers represent–the missionaries themselves. Even if converts per missionary drops, most returned missionaries stay active in the Church and contribute to church leadership, and those increases will reverberate for generations.