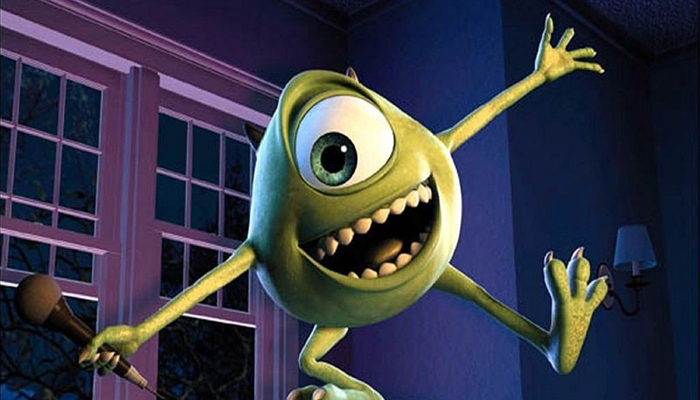 You might be surprised to learn that Pixar characters would probably give great sacrament meeting talks. After analyzing their personalities, we’ve compiled a list of the talk-giving dos and don’ts we believe they’d offer, if they had the chance. Believe us: as you keep this list in mind, come the day you get to share your insights, you’ll be giving the talk you never thought you could.

Short and sweet: that’s how Bruce introduces himself in Finding Nemo. If he were giving a sacrament meeting talk, we think he’d suggest you do the same.

Now, you might be new to your ward. The bishop may even have asked you to introduce yourself, but there’s a difference between an introduction and a twenty-minute biography. Remember, the purpose of giving a talk is to spiritually uplift others. Save the lengthy introductions for Elder’s Quorum and Relief Society. *wink*

Here’s the most you should ever include in your intro:

Mike’s Advice: Do use humor appropriately. Don’t start your sacrament meeting talk with a joke.

Mike Wazowski from Monsters Inc. may be hilarious, but he also knows when to quit. If he were giving a sacrament meeting talk, he’d probably suggest saving your jokes for the Scare Floor.

A lot of people like to start their talks with an “ice breaker.” Our suggestion? Don’t. You may feel the need to grab the congregation’s attention before you begin, but as long as you’ve thoughtfully prepared your talk, those who are there to listen will get something out of it. Starting with a joke—even a funny one—will just label you as one of those guys.

That said, humor itself isn’t a bad thing! Some of the most memorable general conference moments have been funny ones—we’re thinking specifically of the opening story from President Gordon B. Hinckley’s talk “Four B’s for Boys.” Note, though, that even he introduces the story with a disclaimer: “I hope you’ll pardon a bit of humor. I use it only to set the stage for what I wish to say.”

Sadness’s Advice: Do prepare. Don’t not prepare and apologize at the pulpit.

As Sadness learned in Inside Out, you don’t have to apologize for your existence. We think she’d suggest keeping apologies out of your talk altogether.

We know, we know, it’s been a busy week. And you probably got really nervous when Bishop asked you to speak. And you might not feel like you prepared enough. But nothing is more off-putting than an overly apologetic speaker who tells the congregation to “bear with them.”

So please, don’t throw something together Sunday morning and then publicly apologize for your lack of preparedness, or your lack of speaking skills, or your tendency to get emotional. Just prepare the talk prayerfully and then stand up and give it as confidently as you can.

Tow Mater from Cars is an enthusiastic storyteller, but if he were going to give a sacrament meeting talk, he’d probably do his best to keep his tall tales out of it.

Contrary to popular belief, you are not there to entertain the congregation; you are there to bring the Spirit. Stories are a fantastic way to do just that, but be selective in your choice. As you consider your options, ask yourself the following questions:

Buzz Lightyear from Toy Story can tell you all there is to know about the Galactic Alliance. But unless somebody hit his “reset” button, we doubt he would ever dream of promoting his outer space politics over the pulpit.

When you’re preparing your talk, stick to your topic—strictly. It may be tempting to veer off into the land of personal opinions, especially when you’ve got an entire congregation to hear you out. But a sacrament meeting talk must be firmly rooted in gospel truths. Keep the following topics in a galaxy far, far away:

Edna Mode’s Advice: Do fill up your allotted slot of time. Don’t take the full hour.

If there’s one thing Edna Mode can appreciate, it’s a person’s ability to keep their thoughts clear and concise. She would advise timing your talk ahead of time.

Preparing early for a sacrament meeting talk will allow you to prioritize your thoughts, and writing good, detailed notes will keep you on track if you start to get nervous. In fact, there’s no shame in writing out exactly what you’d like to say. We’ve done it more times than we can count.

And for the sake of avoiding irony, that’s all we’re gonna say on the subject!

Heimlich knows there’s a process to achieving your goals—in his case, becoming a “beautiful butterfly!” That’s why we think he’d suggest a fool-proof formula for writing a talk.

The idea of giving a talk can be overwhelming, but the process of writing one shouldn’t be. For anyone who isn’t quite sure where to start, here’s a formula that will ensure your talk has the components it needs to both bring the Spirit and clearly teach your principle:

Ta-daaa! You’re finished! Now that you’ve got yourself one rockin’ talk, its time to deliver. Take a deep breath. Don’t worry. The congregation isn’t there to judge you; they’re there to be spiritually uplifted. And once you get up there, who knows—they may all look like little ants from up there.

What tips would you give to someone who’s preparing a talk? LDS.org has some great ones.