Today the Supreme Court found 7-2 for Masterpiece Cakeshop. They found that the state of Colorado discriminated against the owner’s religion when it prosecuted him for refusing to bake a cake for a same-sex wedding.

Here are seven quick takeaways from the case and its impact.

Because of the deeply controversial nature of this case, most people assumed that the case would be decided 5-4 with Justice Kennedy acting as the swing vote.

But the Supreme Court didn’t fall into those predictable groups, recognizing this case as a constitutional rights issue and not a political issue. In addition to the four conservative justices, this ruling was joined by Anthony Kennedy who wrote the ruling legalizing same-sex marriage; Stephen Breyer, who has been a reliable liberal vote on the court for twenty-years; and Obama appointee Elena Kagan.

This ruling has broad support on the Supreme Court, and shouldn’t remain a political punching bag like similarly controversial 5-4 rulings have become.

2. Freedom of Religion Won the Day

In the leadup to the case, most of the attorneys and commentators were focused on the freedom of speech issues.

But a few commentators, including the amicus brief signed onto by the Church, emphasized how important the freedom of religion issues were in this case.

Anthony Kennedy wrote in the majority opinion, that Colorado violated “the State’s duty under the First Amendment not to base laws or regulations on hostility to a religion or religious viewpoint.”

This is a significant addition to current religious freedom law. Under previous Supreme Court precedent, the state could not discriminate against a specific religion. This case recognizes that in many ways the political fault lines are no longer between different religions but between the religious and the irreligious.

So it expands protection from discrimination not just against a specific religion but against religious thinking in general.

3. Discrimination Against LGBT+ People is Not Legal

This case always asked a narrow question. Can a business owner be forced to create a message they disagree with if that message is for LGBT+ customers?

This is admittedly a difficult nuance, and so the case was often mistakenly summarized as whether a business owner could discriminate against LGBT+ people.

Since Colorado (and the LGBT+ customers) lost the case, many may be concerned that discrimination is now legalized. It’s not. It’s still illegal. As the majority opinion stated, “The laws and the Constitution can, and in some instances must, protect gay persons and gay couples in the exercise of their civil rights.

What makes this case a small exception, as Kennedy explains later in his ruling, is that while “Colorado law can protect gay persons . . . in acquiring whatever products and services they choose.” They can do so because, “There are no doubt innumerable goods and services that no one could argue implicate the First Amendment.”

In all of those innumerable cases, discrimination against LGBT+ people is still entirely illegal in the 21 states it was illegal in before this ruling.

There is a vocal argument that alleges that people of faith have a “persecution complex” whenever they complain about discrimination. These people believe that since Christianity is the majority faith, no Christians have any legitimate claims of being discriminated against.

People of faith in the United States instantly recognize how fatuous this argument is based on their experiences. Yet it persists and seems to be held by an increasing number of people.

The Supreme Court made it clear today that discrimination against religion in this country is real, and that it has permeated our legal system. Kennedy wrote in the majority opinion that the Colorado Civil Rights Commission “showed elements of a clear and impermissible hostility toward [Phillips’] sincere religious beliefs.”

5. This Is Not That Narrow of a Ruling

Many outlets are reporting that this ruling is “narrow” or that it won’t have much effect. To the extent that is true, it’s only because the same outlets wildly over-emphasized how important the case was to begin with.

The key is several earlier rulings by the Colorado Civil Rights Commission that found that LGBT+ bakers did not need to create cakes with anti-gay messages on them. As Kennedy wrote, “Another indication of hostility is the different treatment of Phillips’ case and the cases of other bakers with objections to anti-gay messages who prevailed before the Commission.”

So, some commentators are already saying that this ruling does not prevent states like Colorado from prosecuting a baker who refuses to serve a same-sex wedding, as long as they don’t discriminate against his religion. And while that may be technically true, the Supreme Court made clear they will only find that the state is not discriminating against religion if it forces other bakers to create messages they disagree with. Since that is a political nonstarter, the effect of this ruling is broader than most of the early commentators are giving it credit for.

6. This May be a Long-Term Win for LGBT+ Rights

As alluded to earlier, this ruling only affects twenty-one states where discrimination based on sexual orientation is illegal. Twenty-nine other states have failed to pass even the most basic anti-discrimination protection for LGBT+ Americans.

In most cases, these states have been reticent because of religious freedom concerns—concerns that have proven to be warranted in light of Colorado’s overreach in this case.

While LGBT+ rights advocates may see today’s ruling as a setback, this ruling was never going to directly help LGBT+ individuals in those other twenty-nine states. Finding in a way that specifically requires the states to not discriminate on the basis of religion, however, gives both political cover and the real legal protections necessary to invalidate those concerns.

If this case helps those twenty-nine states pass LGBT+ protections in housing, employment, and public accommodations, it will do much more good in the lives of every day LGBT+ Americans than a victory allowing them to force religious bakers out of business.

7. This is Still Complicated

The Supreme Court did not clarify in exactly what circumstances it is illegal to not serve a same-sex wedding. Instead, they made it clear that states will have to make those determinations, but they will have to do so without any bias against religion.

That means that this issue is still complicated, as it should be. In one extended description of the complication, Kennedy suggests that the refusal to sell any cake at all would likely not be protected while suggesting that the following likely would be protected:

These are not pronouncements from the court, but rather an acknowledgment that state courts need to consider the symbolic messaging, whether or not it’s custom-made, the level of involvement of the baker, and the explicitness of the messaging in determining whether or not it’s protected speech. That’s a lot of factors, and it will likely take many years before there’s anything close to a national consensus on how those questions will be answered.

But religious individuals can take comfort in knowing that in at least some of these cases they will definitely be protected, and they will always be just as protected as every other business owner in their right to refuse service.

Read about the Church’s response to the ruling. 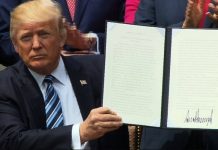 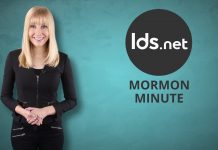 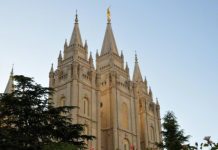