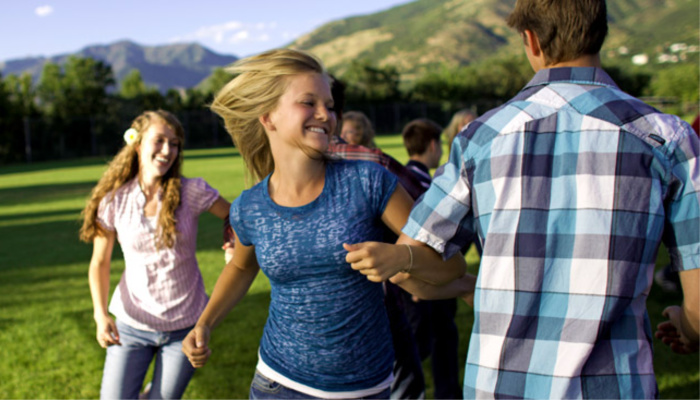 There are many stereotypes and misconceptions about members that I’m sure many of you have heard. From having horns to not being allowed to have sugar, these misconceptions are getting out of hand.

The craziest was probably when someone told me that because I had been through the temple, I knew how to make myself fly. This guy wanted me to teach him how to fly so that when Jesus comes he would be able to fly to Him too.

At this point, I feel like I have heard it all. So, here are just a few common misconceptions about members of the Church that I would love to clear up.

1. We aren’t allowed to dance. 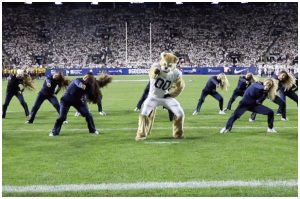 What is this? Footloose? Just because we may not have good dance moves doesn’t mean that we can’t get down. It just might not be very pretty.

Because we ARE allowed to dance we have amazing dancers like the BYU Cougarettes and contestants on the shows, “World of Dance” and “So You Think You Can Dance.” Not only do these talented people prove that we can dance, but also that we aren’t too bad at it either.

Related Link: LDS Dancers Are Tearing It Up on World of Dance

As a side note to all those who think that we aren’t allowed to dance. I’m jealous that you will never have to endure the awkwardness that is going to a stake youth dance.

2. We can’t drink soda that has caffeine.

This is a common misconception and a large topic of debate among church members. Because the Word of Wisdom states that “strong drinks” and “hot drinks are not for the belly.”

Because coffee is a hot drink, people say that we can’t drink it because of the caffeine. That also translates into people taking that to mean that the only sodas that you can drink are Root Beer and Sprite. If you ask me, that logic is flawed.

Currently, BYU sells caffeinated sodas on a campus that is owned by the Church. Elder Dieter F. Uchtdorf said with a wink that learning a new skill took “lots of reassurance from [his] wife; and many liters of a diet soda that shall remain nameless.”

Many people confuse us with the Amish, but we are in fact allowed to wear makeup. Women are often encouraged to show their natural beauty and that is possible to do with and without makeup. It’s a personal decision and a majority of women choose to wear it.

The Amish, Mennonites, and Apostolic Pentecostals are all religious groups that do not allow women to cut their hair, however, we do cut our hair. Just like any other normal member of society, we cut our hair on a regular basis and believe in modern grooming standards.

In fact, the General Officers of the Church who are women, are known for their iconic short hairstyles. Christina B. Franco has the coolest and sleekest bob I’ve ever seen at the pulpit.

There is a station called BYUtv that is owned by the Church. As a worldwide church, we also watch our bi-annual general conference broadcast on the TV at least twice a year.

While it is true that we are instructed to be careful with the content that we consume, in television, movies, and music, we are not completely banned from it. Again, this is not Footloose.

This misconception may have stemmed from the fact that our missionaries are not allowed to watch TV for 18-24 months.

6. It is not allowed for couples to use birth control.

While refraining from all forms of birth control may historically be an expectation in the Catholic Church, our church handbook states, “[this decision] is extremely intimate and private and should be left between the couple and the Lord.”

Lots of people think that they can’t donate their organs or they won’t be resurrected and perfected because someone else has their heart or liver. We don’t know how that will work out later but find comfort in this policy.

The Church Handbook states, “The donation of organs and tissues is a selfless act that often results in great benefit to individuals with medical conditions.”

In other words, it is a personal decision but it is also a selfless one. So, there is no need to worry about going against the Church for being an organ donor.

What other misconceptions do you want to clear up? Share in the comments.