Life Don’t Use “Being Offended Is a Choice!” as a Cop-Out 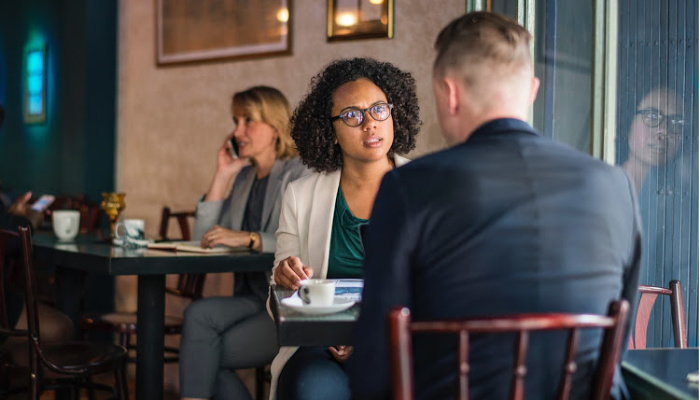 PSA, y’all: Being offended is a choice — but, contrary to what some people seem to believe, that doesn’t mean we can say whatever mean thing we want, then accuse other people of being too sensitive.

Elder David A. Bednar gave a fabulous talk in October 2006 called “And Nothing Shall Offend Them.” In it, he explains that we have free agency and thus, no one can force us to be offended. If someone does something offensive, we certainly choose what to do with the hurt we feel. (For example, Elder Bednar talks about some people who hadn’t attended church for years because they were offended by something someone at church had said — so essentially, they were letting someone else’s actions control their lives rather than choosing to control their own lives.)

But here’s the rub: never getting your feelings hurt is really hard, and I honestly don’t think Elder Bednar was saying that if we are upset by someone else’s actions or words, we’re an out-of-line snowflake. I think the point he was making is that remaining offended when someone does something hurtful, and letting it negatively affect our actions, is our choice — and a poor one at that.

Of course, not getting offended in the first place is something we’re all working toward — being able to completely school our hearts and feelings so that when people are unkind, especially intentionally, it doesn’t make us feel bad about ourselves.

Most of us aren’t there yet, though.

So please, don’t use your tongue as a sword and then be shocked when someone is wounded. Don’t wave away people’s hurt feelings or frustrations with, “Oh, you’re too easily offended!” or “You’re being too sensitive!”

Don’t use “Being offended is a choice!” as a cop-out.

Washing Our Hands of Responsibility

I recently attempted to discuss a sensitive issue with a friend of mine. This friend — let’s call her Rachel — said something, probably without thinking, that was hurtful to one of our mutual friends. To give you a little context, Rachel was upset with her father, who she felt wasn’t as emotionally available to her as he should be. Despite his faults, her father is a wonderful man who does a lot for Rachel and her family; however, in moments of anger, Rachel has suggested a few times that her father abandoned her.

Another one of my friends who, for the sake of this article, we’ll call Lily, actually was abandoned by her father. Her parents divorced when she was young, but she continued to have a good relationship with her father — even after he married a woman who was emotionally and occasionally even physically abusive to his children. Yet one day, when Lily was just shy of 10 years old, her father was supposed to pick her up for a weekend at his house.

He never showed up, and she never saw him again.

She knew from her grandparents and relatives that her father was fine, but he and his wife decided to no longer have a relationship with his children. It was understandably incredibly hurtful to Lily and is something she still has some bitter feelings about. So when Rachel suggested that her father abandoned her, I could tell that Lily felt flabbergasted and a little hurt.

Related: (Not) Being Offended by Naive Comment at Church

One day I mentioned offhandedly to Rachel, “You know, I think when you say things like that your father abandoned you, it hurts Lily’s feelings because her father really did abandon them.”

I expected Rachel to be maybe a little embarrassed, but instead she grew incredibly defensive.

“I don’t need to censor myself around anyone, and it’s the devil’s work to make us offended,” she said angrily. “She can be a big girl and realize that not everything is about her.”

“Rachel,” I said, shocked, “I think most people would agree that even if you didn’t mean it to be, that was a kind of hurtful thing to say. I was just telling you so that you could be aware. I don’t think it’s unreasonable for someone to be offended by something like that.”

“Being offended is a choice. Look it up,” she retorted.

Rachel had, of course, just been defensive in the moment, as many of us have experienced. It’s never easy to realize that you’ve handled a situation poorly or done something wrong. She later apologized and felt bad for becoming so upset.

Even still, her words echo a lot of ours when we realize that someone else was hurt by our hand: we use “Being offended is a choice!” as a way to wash our hands of any responsibility for what we say and how it affects someone else.

We Shouldn’t TAKE Offense, But We Also Shouldn’t GIVE Offense 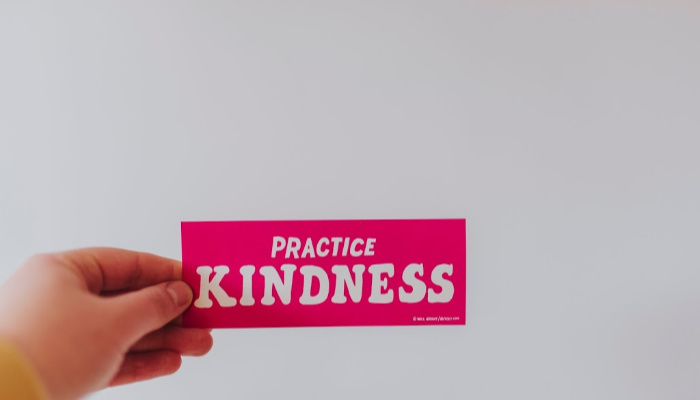 In Elder Jeffrey R. Holland’s October 2018 talk “The Ministry of Reconciliation” (the talk that I will forever remember as the introduction of his swanky new glasses), he remarked:

“Surely each of us could cite an endless array of old scars and sorrows and painful memories that this very moment still corrode the peace in someone’s heart or family or neighborhood. Whether we have caused that pain or been the recipient of the pain, those wounds need to be healed so that life can be as rewarding as God intended it to be. Like the food in your refrigerator that your grandchildren carefully check in your behalf, those old grievances have long since exceeded their expiration date. Please don’t give precious space in your soul to them any longer. As Prospero said to the regretful Alonso in The Tempest, “Let us not burden our remembrance with a heaviness that’s gone.”

“Forgive, and ye shall be forgiven,” Christ taught in New Testament times. And in our day: “I, the Lord, will forgive whom I will forgive, but of you it is required to forgive all men.” It is, however, important for some of you living in real anguish to note what He did not say. He did not say, “You are not allowed to feel true pain or real sorrow from the shattering experiences you have had at the hand of another.” Nor did He say, “In order to forgive fully, you have to reenter a toxic relationship or return to an abusive, destructive circumstance.” But notwithstanding even the most terrible offenses that might come to us, we can rise above our pain only when we put our feet onto the path of true healing. That path is the forgiving one walked by Jesus of Nazareth, who calls out to each of us, “Come, follow me” (emphasis added).

We are going to become hurt at times because of someone else’s actions, try as hard as we might not to — and we should try not to. However, it’s part of this fallen mortal existence. We need to work on forgiving others and moving on, as Elder Holland explains, and we cannot in fairness blame another for our choices.

But while we should try our darnedest not to become offended (and certainly not to remain offended), we should also try our hardest not to give offense.

“We as members of the Church need to be reminded that the words “Nay, speak no ill” are more than a phrase in a musical context but a recommended way of life. (See Hymns, no. 233.) . . .

Some think the only way to get even, to get attention or advantage, or to win is to bash people. This kind of behavior is never appropriate. Oftentimes character and reputation and almost always self-esteem are destroyed under the hammer of this vicious practice.

How far adrift we have allowed ourselves to go from the simple teaching “If you can’t say something good about someone or something, don’t say anything” to where we now too often find ourselves involved in the bash business.”

We cannot profess to be devoted followers of Christ in one breath, and then say hateful things in the next. We should never neglect to take responsibility for the hurtful things we say — even if they weren’t ill-intentioned, but especially if they were — by pointing the finger at another, blaming them for being too sensitive.

Related: I Offended Someone

It honestly comes down to this: When we screw up, we need to apologize. When we offend, we can say “I’m sorry” and try to do better.

Remember that just because you’ve offended someone doesn’t mean you are a bad person, and just because someone else’s feelings were hurt doesn’t mean they are overly sensitive and need to buck up. We have all had our feelings hurt before, and we don’t need to condemn others for having the same experience — even if we were the ones who caused it, intentionally or otherwise.

Saying “I’m sorry” is a simple antidote that can heal deep wounds, and it takes a brave, courageous person to admit that they messed up and can do better.

So don’t use, “Being offended is a choice!” as a cop-out for poor behavior. The real measure of our discipleship is how we treat other people — so treat them kindly. 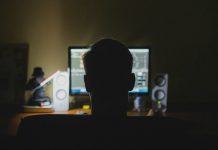 Internet “Anonymity”: I Can’t See Your Face, But I CAN Read Your Comments