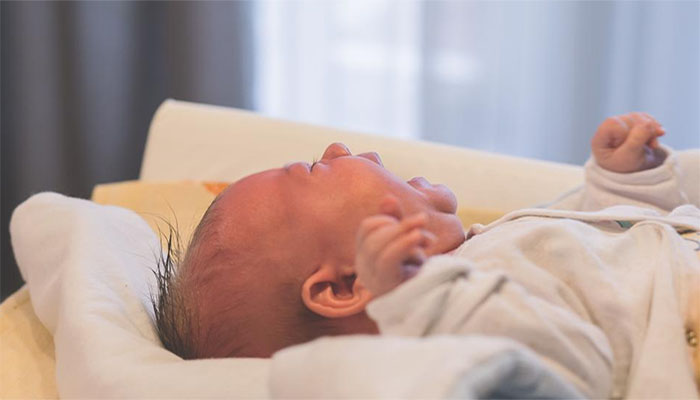 Although I believe that medical miracles do and have occurred for many people my wife and I have faced a circumstance that hasn’t produced a miracle, at least in the terms that many would define as a miracle.

On July 30, 1998, we welcomed our first son into the world. He was so tiny, only 4 pounds 14 ounces, but to us he was perfect. After he was born he didn’t take any food that night, a surgeon was called and we had an early morning consult. Then they took our son Ian-Connor for tests.

I was waiting for the first surge of rush hour traffic to subside and then planned on coming to the hospital around 9 am. My wife called and she told me to come to the hospital now.

When I got to the hospital my wife and the surgeon were already discussing the options. The Doctor recommended surgery, they suspected intestinal blockage, indicated by the numerous ultrasounds performed. The situation was real and serious. In less than 24 hours he was whisked away to surgery.

Physicists say that time is relative, an illusion of our nervous system. What we experienced that day seemed to stretch time and draw out minutes to feel like hours. The world around us was slower and time stood still.

The surgery was over and successful. The surgeon, who was named Ian, was able to remove the blockage, but one-third of his intestine had to be removed also. The blockage had stretched the intestine so much that it was useless and had to be taken out. This was particularly bad because Ian-Connor had a short intestine to start with and so now he had only about half of what he should have.

The next complication was that part of the intestine that had never been used was very small because it had never been stretched with the blockage of meconium. The trick was how to fit that section with the section that was too stretched out. It was like hooking a pencil and a hot dog together with no gaps or holes. After the surgery, all we could do was wait and see.

The really bad news he kept until last.

The surgeon had seen this kind of blockage before. He was almost certain that it was caused by Cystic Fibrosis (CF). We were not totally unprepared for this; my wife’s OBGYN had told us when we first found the blockage that it could be caused by 5 or 6 different things, one of which was CF.

We had latched onto CF for some unknown reason. Of all the things that the doctor told us CF was the one that we researched and obsessed about. So while we were not totally surprised we were still shocked by the reality of this childhood disease, of which there is no cure. The surgeon went on to explain that this genetic disease is common in Scandinavian heritage and common in insular communities such as among Mormons and Jews.

We were told not to worry until the DNA test came back confirming Cystic Fibrosis, but as any parent who had been given bad news knows; being told not to worry is the most ridiculous and pointless of all advice.

Phone calls were made to family and friends that day and many payers were spoken in our behalf.

Stunned and shocked by these turn of events as I drove home that night to attend to our dog I was feeling overwhelmed and devastated. Perhaps it was my ego or my need to be strong, but I didn’t show much emotion in front of my wife. But once alone, in the dark, driving in the moderate rain of Seattle I plead aloud to Heavenly Father for my son.

I begged for his life. I pleaded for help, I bargained dramatically to spare our son. I didn’t receive comfort from this pleading, just physical and emotional withdraw. I didn’t expect a divine manifestation of reassurance; I just wanted to be heard to be understood by my Father in Heaven. It was a pivotal moment in my adult life.

Neither my wife nor I could comprehend nor anticipate what would happen the next day, the next week or the next few years. We didn’t foresee what good or bad times that lay ahead.

For me, I had to learn to let go of what he could no longer control. The events within two days changed the course of our lives forever. We both learned that our family was the most important thing in this world and the world to come. Those events changed the choices that we would make. In practical terms isn’t that what a miracle should do, change the course of your life?

We learned that CF is a terminal genetic disease passed down from parent to child. After the diagnosis, I felt like a genetic failure and there was really nothing that I could do about it.

What I learned and I’m still learning is that you should not spend your energy complaining or blaming others for genetic or environmental factors that may have impeded your ability to succeed. Instead, your strategy is to build a system for success within the context of your existing world and then move forward.

There are circumstances that cannot be changed. My prayers at the beginning of this journey have not been answered by deus ex machina intervention or by miracles on the terms that I wanted. But what has happened is far more important. I have learned that although we may not be able to change the circumstances of our lives we can change how we perceive and maneuver within them.

Watching my son Ian-Connor grow from a child to a young adult has also shown me how he overcomes his genetic predispositions that have shaped his life. He can rightly declare that many of his choices in his life have been predetermined based upon his genetic gestalt.

Although I believe there is merit and truth in the maxim “we are born this way” and genetically predisposed from nature with deep and immovable boundaries and characteristics; nevertheless my perspective has expanded to embrace the possibility that despite the genetic anomalies that may affect our lives we can be more and we can make choices that change the course of our lives.

When the miracle doesn’t occur you should be patient and change your perspective. No, our son has not been cured, but the miracle in our lives has occurred because of our eternal perspective.

What I have learned is that the capacity of the human spirit can create new pathways around, over and through these barriers. We may have genetic failures and even environmental failures. All of these factors do not predict or doom you to a life within the framework of your limitations. You can break out and like any other failure, a genetic failure when interpreted correctly can be used to build yourself beyond what you and others might think are your limitations.

In 2017 our son graduated from high school and then two days later left home to work for the summer at Boy Scout camp. Worried? Yes. Excited about what he can and will learn about himself? Yes!

Now in 2018, Ian is getting medically prepared to send in mission application.