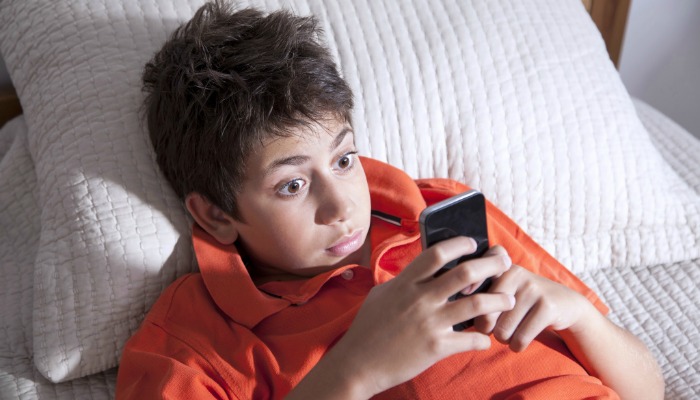 In September 2017, 16-year-old Tevan Tobler took his own life. His family members were shocked and investigators couldn’t find any reason to indicate a cause; Tobler was an honor student, the former president of the National Junior Honor Society, a champion wrestler, an active member in his local Latter-day Saint ward and a part of a loving home, healthy home.

The police looked into whether drugs or mental health issues could have caused the tragedy but hit a dead end there, too. Eventually, the police would discover that Tobler was a victim of a growing epidemic: sexploitation.

Just two weeks before his death, Tobler had come in contact with a woman, or someone posing to be a woman, who encouraged Tobler to send an explicit video of himself. After Tobler sent a video, the person threatened to release the video if Tobler didn’t wire him money. But even after Tobler sent the exploiter his life savings, the threats kept coming. Eventually, the person told Tobler to take his own life, that he would release the video if he didn’t — and Tobler listened.

Investigators say that while Tobler’s case is one of the most manipulative they’ve ever seen, it’s far from a rarity, especially in Utah where religious shame about topics involving sex is prevalent.

“The problem is parents aren’t talking to their kids. And parents, a lot of times, don’t know how these apps or these phones work,” Michelle Upwall, a member of the Utah Internet Crimes Against Children Task Force, told the Deseret News. “They just hand them these phones and they go off into the world. And they’re learning from their peers or they’re learning from predators. Because predators are more than willing to answer these questions and pay attention to them.”

Investigators also commented that children are being targeted at earlier ages, sometimes even as young as 9. Predators make contact with the minors through messaging apps like Kik and Snapchat or through live chatrooms on video games.

John Peirce, a Davis County sheriff’s detective who investigated Tobler’s case, recommended that the best ways to parents to protect their children is to educate themselves about different apps and what takes place on the internet and to have talks with their children about sexual predators. To read more about Tobler’s case and the growing danger of sexploitation, visit the Deseret News.