Life Family Resources We Need to Talk About Infertility 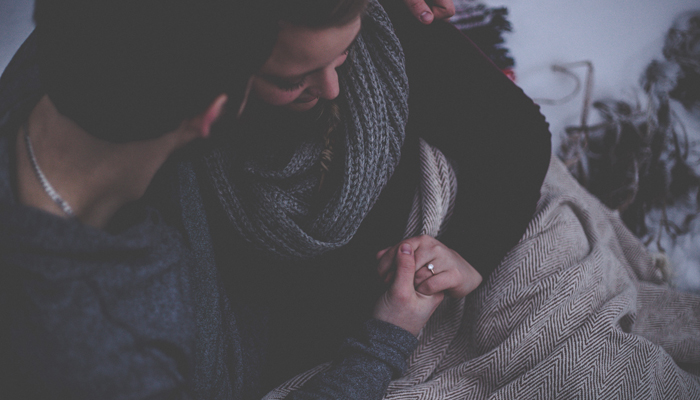 When I first saw this picture it made me cry. I had been married for a year and a half. We’d been trying, unsuccessfully, to conceive for about six months or so. And I was on my period. (Feel free to stop reading now if some aspects of human reproduction freak you out. I’m not pulling my punches today).

I was on my period, which meant that yet another month had gone by without me getting pregnant. I was incredibly depressed.

Many aspects of infertility are frustratingly ironic. The fact that female hormones get all out of whack just in time for your body to reaffirm that you’re, once again, barren by shedding its baby-less uterine lining is one of those cruel ironies. The disappointment of failing to conceive is compounded by the emotional cacophony of menstruation.

Some more of these cruel ironies include, but are not limited to the following:

But this time I wasn’t crying because of the oxymoronic nature of infertility.  I cried because of how much I needed that reminder of God’s tender mercies toward me.

The blessings you have now

There was a time when I never thought I’d be in a position to build a family. I genuinely thought “ministering angel” was my destined path. I didn’t kiss a boy until I was 21 years old. My first romantic relationship lasted a total of one week. Besides that my dating life consisted of a (small) handful of awkward first dates.

So many nights I pleaded that The Lord would send me a worthy companion, whom I could love and who would somehow love me back. The man who would become my husband returned from the mission field not long after that. He was truly an answer to prayer.

Now, two years into our marriage we are still trying to conceive a child. We take the commandment to “multiply and replenish the earth” quite seriously. And besides that we sincerely want a child. We love each other deeply, and believe that we could provide a healthy, happy, gospel centered home for one of God’s children. We want to participate in the sacred work of creation.

Plus babies are adorable. You just have to look at a chubby little baby face to understand our motivation.

Just a pinch of jealousy

Meanwhile, family and friends procreate like bunnies. We’re at that stage of life when most of our peers are in the family way, and every time someone else announces their pregnancy I feel genuinely happy for them.  And shamefully envious.

I am aware of the commandment not to covet. I like to think that my jealousy is a far cry 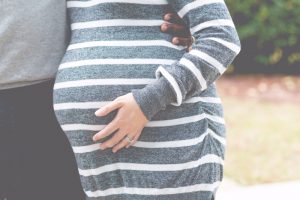 from coveting. I’d never want to diminish their happiness. I want others to have those blessings. I just want that for us too.

The sin of covetousness probably does creep up on me occasionally when unmarried friends get “knocked up.” I can’t help feeling bitter. We did everything right—in the right order. I graduated college, then got married, then tried to start a family. It’s a conscious effort. I’m taking tests to see when I ovulate, timing intercourse, cutting out sugar and caffeinated soda, exercising at least three times a week. And yet there are people out there getting pregnant on accident. How does that even work?

Recognizing the Hand of The Lord

Still I remind myself that The Lord knows what he’s doing. I try to trust in His timing. I think of the days when I thought finding my husband was a lost cause. The Lord provided then. He is intimately aware of my life.

His hand manifests itself all the time. He sends me the people I need most—specifically, the right Visiting Teacher at the right time. My visiting teacher struggled with infertility for years. Now they have three beautiful children. She has been an incredible resource for me because she is willing to talk about her experiences and help me navigate this time in my life.

She pointed me to the right OBGYN for the job—a doctor who understands that family building is expensive and believes that money should not be an object. We are poor college kids. We had previously thought that fertility treatment would be outside of our limited (almost nonexistent) budget. This sister and the doctor she pointed us to have made it possible for us to take the next step in our journey.

The next step comes in the form of a medication called Clomid. Clomid influences your hormone production and causes multiple eggs to drop each cycle, increasing your chances of getting pregnant. Thanks to some intense reactions to hormonal birth control, anything that causes hormonal changes scares me.

In fact, fertility treatments in general scare me, but they don’t scare me nearly as much as being labeled “infertile” does—both of which come hand-in-hand when you reach out for professional help. Before seeing my new OB, I had refused to associate our experiences with infertility. But when I set my first appointment they asked the reason for my visit, I replied “we’ve been trying to conceive for a year,”and the receptionist responded “alright, we’ll schedule you an infertility consultation.”

Infertility: A Condition, Not a Death Sentence

I’ve since discovered that medical professionals call it infertility after you fail to conceive or sustain pregnancy for twelve consecutive months. It’s just a name they give to couples who need help getting pregnant.

There’s so much misinformation out there about infertility because we fail to have open, honest conversations about it. For one thing, it’s extremely common. According to womenshealth.gov about one in ten women will experience infertility.

With most of us infertility is highly treatable. A combination of hormonal medications, timed intercourse and diagnostic tests to determine and treat underlying causes usually produces a pregnancy. 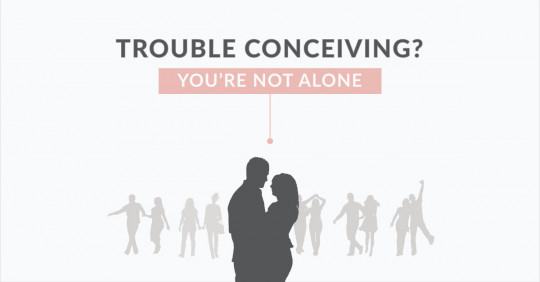 From Visually – See more at: You Are Not Alone-Visually Infographic

Popular media would have us believe that infertility is an end.  Just off the top of my head I can think of three fairly recent attempts to portray infertility on screen, all of which feature women who are completely incapable of reproduction.

In the television sitcom How Met Your Mother, Robin Scherbatsky discovers that she can’t have kids. We spend a total of one and a half episodes watching Robin deal with this news and then rarely hear it mentioned again. In reality infertility isn’t something you cope with in a day.

Similarly, in the recent 90’s reboot Fuller House, Stephanie Tanner reveals that she will never have children. Both of these miss the mark because most women won’t discover a complete inability to have children after just one gynecologist visit. Infertility is so much more complicated than that in reality.

Finally, the most high profile example, Natasha Romanoff (aka The Black Widdow) from Marvel’s Avengers underwent forced sterilization, sparking various online conversations regarding infertility.  Unfortunately, none of these are examples of infertility. They’re examples of sterility, which is fairly uncommon.

Just once I’d like to see something get infertility right. I want Robin Scherbatsky to have a series of ultra sounds to identify and remove possible Fallopian blockages. I want Stephanie Tanner to try several rounds of in vitro fertilization. I want Natasha Romanoff to find an egg donor or surrogate or look at options for adoption.

I’d like to see infertility portrayed as a journey—an arc—because that’s what it is. These stories would give their characters somewhere to go rather than pigeonholing them into an unhappy ending. More importantly, they would portray the stark reality experienced by hundreds of thousands of couples who seek help for their infertility.

True Stories Should be Told

As a rule, our culture hushes-up the true stories of couples who suffer from infertility, but that does nobody any favors. We need to highlight experiences like that of Shanalynn Smith, a 36 year old Utah resident who suffers from recurrent miscarriages. Smith shares that the hardest part of her journey so far is “seeing the positive [pregnancy test] and knowing it won’t last long.”

For over seven years Smith has tried a number of clinical fertility treatments. Many of those rounds of treatment resulted in pregnancies that ultimately ended in miscarriage. Smith said of her experiences, “It is all-consuming sometimes. I try so hard to be happy but there are times it is hard and my heart just hurts.”

Still Smith manages to find silver linings along the way. “I have become more compassionate towards others and their challenges,” Smith reported, “especially when I find out that someone has had a miscarriage. My heart aches for them and I want to do what I can to help them.” In addition to an added measure of compassion, Smith said her relationship with her husband has grown and that, “In those regards I am thankful for the struggle.”

“In the end,” Smith concluded, “I believe that my relationship with my Savior will be even stronger.”

Recurrent miscarriages like those suffered by Smith represent one heartbreaking form of infertility. Each case is different, however, and each can be equally devastating.

For example, 28 year old Kaiti (who prefers to be known by her first name only), suffered multiple ectopic pregnancies resulting from tubular infertility. Ectopic pregnancy occurs when an embryo develops outside of the uterus so that the pregnancy is unable to develop properly and can threaten the life mother. Ultimately ectopic pregnancies are not viable and must be terminated.

Kaiti, who had already been trying to conceive for over a year and, due to her Polycystic Ovarian Syndrom (PCOS, a common cause of infertility), had only gotten pregnant thanks to a medication called Femara, said she “still can’t believe the first time I’ve probably ever ovulated, I got pregnant, yet it had to be an ectopic.”

Kaiti said that the failure of this pregnancy caused serious depression. “it destroyed me,” Kaiti said “I was in a dark place for 3 months and went to therapy.”

During this time Kaiti found there were few places she could discuss her struggles. “Infertility is not talked about enough,” she told me “People can publicly make cute pregnancy announcements and post lots online about a new baby coming, but I have felt like I need to keep my mouth shut because no one wants to hear about hardships like infertility. I’ve suffered in ‘silence’ for a long time.”

For many, the lack of discussion around infertility leads to feelings of isolation and loneliness. According to Psychology Today loneliness has ” effects on the brain and on the body,” which include increased stress, decreased motivation and higher rates of depression.

Those of us who experience problems with fertility need supportive people to discuss our experiences with. We need a voice in society. We need people like this Idaho couple who creatively brought attention to their experience, and how laughter can help heal. We need to hear the stories of others who are going through the emotional, physical and mental journey of fertility treatments. And especially we need those who have had children after fertility treatments to share their stories so that our culture begins to see infertility as the treatable condition that it is.

We need to talk about infertility.

Have you or a loved one struggled with infertility? Tell us your story in the comments below.