Holidays Christmas My Christmas Present for Former Members: A Ticket to Come Home (for... 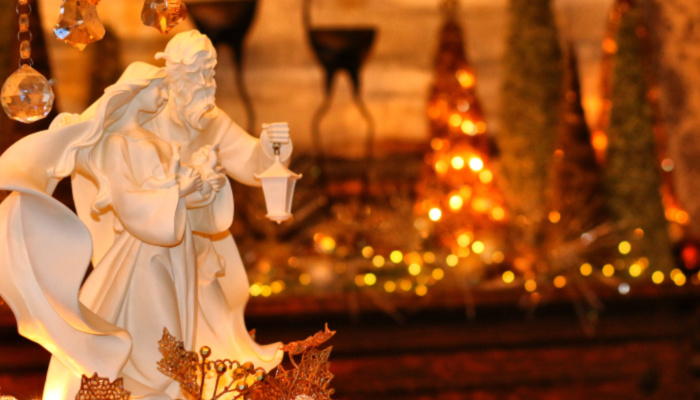 There’s really nothing like coming home for Christmas, at least if that’s a place where you really feel at home. Too many people no longer feel that way in their former family of faith—among us. And I’ve prepared a little something that I hope can help that change.

During graduate school, two new classmates arrived in the program and announced, “Hey, we’re looking for a church to attend—anyone have ideas?” So, I let them know about the branch of The Church of Jesus Christ of Latter-day Saints that met each Sunday. I really expected they would consider the invitation—and was surprised when they acted like it not only wasn’t even an option, but somehow repulsive to them.

What was going on? How were otherwise thoughtful and good-hearted people coming to see something that had brought me great peace and happiness as distasteful to the point of not even being a plausible pathway for them?

It’s not just people outside of our faith, of course, that arrive at these conclusions. As we frequently see showing up in online commentary and newspaper articles, some of our former brothers and sisters have come to view their former faith with intense suspicion and frustration.

Where is all that coming from? All the many external reasons people point towards by way of explanation have never really felt adequate to the enormity of the puzzle.

After many years of pondering this, I can tell you what seems clearly not the explanation for these diverging feelings. It’s not primarily because people are not thoughtful, or good-hearted enough—or because they’re lacking in basic faith—that they distance themselves or stay away from the Church of Jesus Christ.

Although it’s absolutely true that faith, desire, and careful thought matter a great deal, I’ve known far too many people who are amazing people—with all of these important fundamentals in place—but who still manage to end up seeing the universe (and the Church) differently than I do. And we all know instances where people whose hearts and minds (and lives) we deeply respect, still decide to distance themselves from the Church.

RELATED: When Someone You Love Leaves the Church

So, once more:  what else is going on?

Here’s what I’ve concluded: we’re really not all working from the same basic parameters. Although the external world (and its history, its pain, and its politics) can look “the same” from the outside, when it comes to our internal experiences, these circumstances become remarkably divergent.  That’s because we’re approaching these “same experiences” (going to Church, looking into history, engaging in politics) from fundamentally different mental/emotional starting places.

Thus, when someone I love steps away from (or refuses to ever consider) the Church, they’re operating from a different set of implicit filters—seeing out of a particular interpretive framework, worldview, or narrative (different than mine) that shapes what they see and how they feel about it all. So, if we’re looking for the most parsimonious explanation for the mind-boggling diversity in viewpoints among otherwise thoughtful, good-hearted people, I would say go no further. This is it.

I’ve spent the last 15 years as a narrative psychologist studying the subtle (and often hidden) implications of contrasting interpretative frameworks in mental health care debates and also at the intersection of liberal and conservative communities. And it’s really quite incredible how all this seems to apply to faith departures and all the reasons we give for their increasing occurrence.

So, this Christmas, I decided on a homemade present for my former brothers and sisters of faith—a series of essays that explores various ways the cultural narratives we adopt (often without even realizing it) can distance ourselves from previously precious faith commitments, and even—I will argue—injure our basic ability to connect to this faith in the future. All in all, these essays represent my “best pitch” for why these dear, precious individuals (who we will always love no matter what) should “come home” this Christmas season, and yes, find a cozy (not conflicted) place among us once more:

2 – Why does it hurt so bad to walk away from the Church of Jesus Christ?

3 – It Wasn’t the Evidence that Broke Your Shelf

5 – Does Progressive Teaching Represent a Higher Embrace of Jesus’s Gospel or a Misunderstanding of It?

I admit feeling some deep hesitance at this whole endeavor at first. None of us likes to cause discomfort in others—or make them angry. And I recognized that if I was going to write directly about these sensitive questions, it held not only the potential, but the likelihood, of doing just that.

RELATED: How to Ease into Church Activity

Something deeper in me, though, overrode those concerns—especially this: a recognition that as long as people held certain narratives as reality—without question—there was little chance they would be able to see the Church of Jesus Christ as a viable spiritual home (whether for the first or second time). Unless and until they were able to see these stories and their influence more objectively, more openly, and more directly—I just have a hard time seeing them ever really coming back.

And isn’t that how we sometimes treat our former brothers and sisters of faith?  I hear it all the time, “he’s left, yes—and I really don’t see him coming back.”

Maybe because of what I saw in my classmates’ eyes—a sense of the vast, seemingly unexplainable, unbridgeable chasm between where their heads-and-hearts are and ours.

This is an attempt to change that—forthrightly, and without apology. 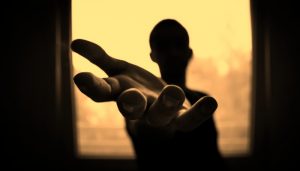 Making that attempt doesn’t make me an antagonist, no matter what some people may feel. Speaking of their friendship together, leftist scholar Cornel West and conservative religious scholar Robbie George, once wrote:

“We both recognize that if someone shows us that we’re wrong about something or we’ve drawn a conclusion that isn’t rationally warranted—that person is not our enemy. That person is our best friend. Even if it’s embarrassing to be refuted or contradicted in public, there’s still nothing more important than the possession of the truth.”

RELATED: #LeftBehind: Coming Back to the Boat

I’m hoping this is how my present is received—as good wishes on a cold Christmas, from someone who loves them.

It might surprise us what is still possible for people we’ve ‘given up’ on far too quickly. Just this morning, I received this note after someone read the last essay:

I have been a member of the Church for 30+ years, I have been a doubting, inactive member for just less than 30+ years, although I have never actually renounced my membership. I found this extremely encouraging and thought provoking – it planted in me a desire to do just as suggested and reconsider. After so long – any suggestions of the best way to start the journey back? Thank you.

It may be that no one else feels this way—or comes to be persuaded by what I’ve said.

If so, then, this man’s note will be enough—a legitimate reason to celebrate even more this Christmas time.

May it be a merry, peaceful one for you.