1. They were persecuted for their forms of worship

A group of people called Separatists decided to worship in secret. Historian Donna Curtain explains, “Once they decided that the only way they could be true to their conscience was to leave the established church and secretly worship, they were hunted and persecuted, and many of them faced the loss of their homes and the loss of their livelihood.”

Joseph Smith was arrested various times for preaching and “being a disorderly person.” The Pioneers were driven from their homes in Kirtland and Missouri by angry mobs, who famously tarred and feathered Joseph Smith in front of his Kirtland home. The Saints in Missouri were issued to leave by the governor on this order: “The Mormons must be treated as enemies and must be exterminated or driven from the state, if necessary for the public good.”

Related: 11 Essential Aspects of Being Grateful 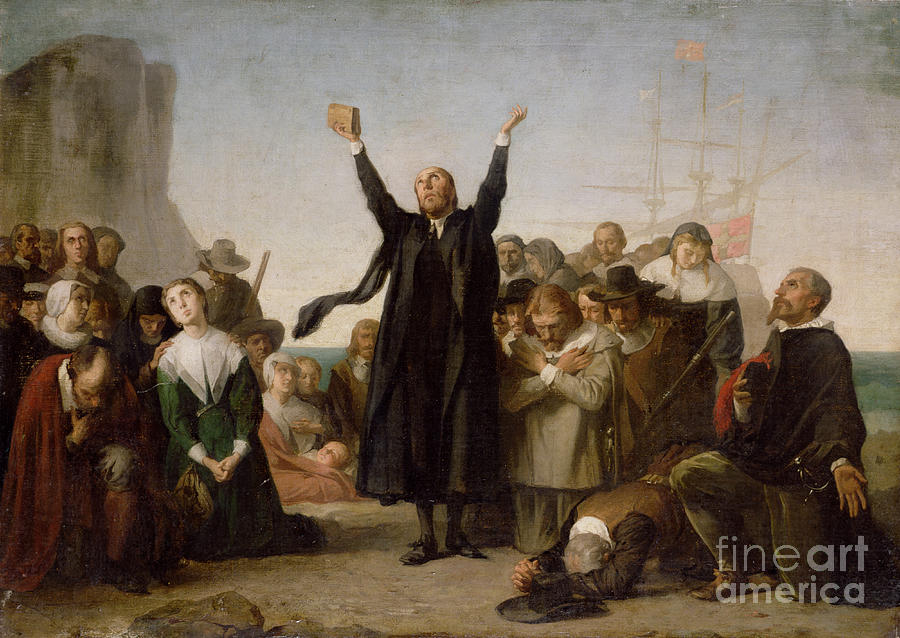 The pilgrims arrived in the Americas aboard the Mayflower in 1620, the majority of them hoping to establish a territory where they would be able to worship how they pleased, separate from the Church of England. The Mayflower set sail with 102 passengers, plus the crew. The journey took 66 days to travel the 2,750 miles from Plymouth, England, to Cape Cod.

Latter-day Saint Pioneers traveled from New York to Kirtland to Nauvoo to Missouri and finally settled permanently in the Salt Lake Valley in 1847. Some Saints began congregating in England as early as 1837, and many made it across the sea and then overland west to the Salt Lake Valley, traveling a similar route to that of the Pilgrims.

3. When they finally settled they faced new obstacles

The first winter after the Pilgrims arrived in America more than half of them died due to disease, poor nutrition, and inadequate housing for the harsh weather conditions. The Wampanoag Tribes were the native inhabitants living in the area where the Pilgrims settled in Plymouth. Squanto, who belonged to the Pawtuxet tribe, taught the Pilgrims how to plant corn and hunt fish and beaver. The following fall, the Pilgrims and the Pokanoket Tribe shared their harvest, which is known as the first Thanksgiving.

Latter-day Saints withstood much persecution on their journey west, and even after they reached the Salt Lake Valley, they continued to face many hardships.

Share these facts this year at your Thanksgiving Day table!