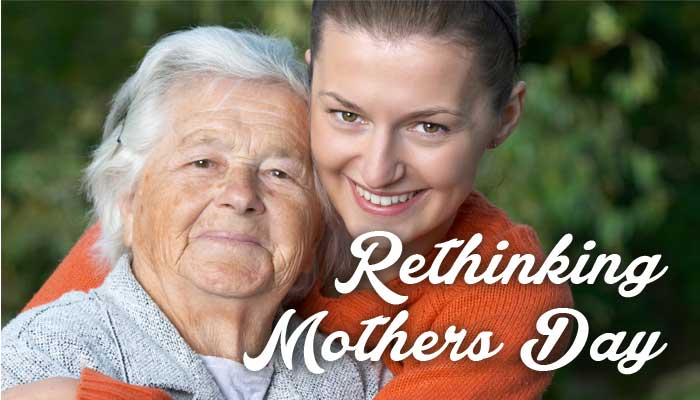 Our celebration of Mother’s Day often turns the holiday into Women’s Day, carefully crafted to ensure that no one feels excluded on this special day—with flowers and chocolates for all women over 18 and talks about how “we are all mothers”.

And we are! So, I agree with the premise of this kind of celebration and I love Sheri Dew’s explanation,

“Of all the words they could have chosen to define her role and her essence, both God the Father and Adam called Eve “the mother of all living” —and they did so before she ever bore a child…

“Motherhood is more than bearing children, though it is certainly that. It is the essence of who we are as women. It defines our very identity, our divine stature and nature, and the unique traits our Father gave us.”

However, it is easy to come away from such a celebration with one of two messages:

While those messages are true and important, if that is all we get from Mother’s Day I think we’ve missed the point.

The Purpose of Mother’s Day

After several years on both sides of those messages, I’m finally beginning to realize that perhaps Mother’s Day isn’t actually about me; it’s about my mom. It’s a day when we should be celebrating mothers… our mothers.

Whether you have children of your own or not, if you focus more on giving honor than getting honor, you will have a more Christ-centered and love filled (and thus more fulfilling) Mother’s Day.

There is exactly one way to enter mortal existence—through a mother’s womb. Whatever the circumstances of your life and family, you came to earth at great sacrifice on the part of your mother.

From her you received your mortal life and your body, and thus your possibility of exaltation. The fulfillment of God’s plan for you is only possible because of your willing mother. And that is something to be honored.

How to Honor Your Mother

How we honor our mothers depends somewhat on our circumstances. Elder Oaks counsels,

“Young people, if you honor your parents, you will love them, respect them, confide in them, be considerate of them, express appreciation for them, and demonstrate all of these things by following their counsel in righteousness and by obeying the commandments of God.

To persons whose parents are dead, honoring parents is likely to involve thoughts of family reunions, family histories, temple work, and commitment to the great causes in which departed parents spent their lives…

Whatever the age and circumstance of your mother, you can honor her by showing her love, patience, kindness, empathy, care, understanding and forgiveness—the same righteous attributes with which she raised you.

As with every commandment, Jesus gave the perfect example of how to obey the charge [which He Himself gave on Mt. Sinai], “Honor thy…mother.”

Although little is recorded in scripture of the interactions between Jesus and His mother, He teaches us at least four ways to honor our mothers.

The only event recorded from Jesus’ youth is of Him teaching in the temple three days after He was lost from Mary and Joseph while traveling home after Passover. To His anxious mother Jesus said, “Wist ye not that I must be about my father’s business?”

This perfect Son who perfectly honored His mother gently reminded her that no greater honor could come to her than His service to God. For, as John would later record “I have no greater joy than to hear my children walk in truth.”

Jesus performed His first public miracle at the request of His mother, turning water into wine at a wedding feast. The Joseph Smith Translation of His response records, “Woman, what wilt thou have me to do for thee? that will I do; for mine hour is not yet come.”

He uses this same phraseology of His hour three years later when He fortells His death saying, “The hour is come, that the Son of man should be glorified.”

It seems then if “His hour” refers to His death, that the way He responds to Mary in Cana is as if to say, “Until I die, I will serve you.”

In one of the final, and most tender, moments of Christ’s earthly ministry, He looked down from the cross and saw His weeping mother. He then instructed His beloved Apostle John to care for her as his own mother.

In the midst of His own anguish and suffering, Jesus did not forget the needs of His mother.

4. Include Her in Your Life

It is easy for powerful, important, influential, and busy people to become so involved in their own work and lives that they lose touch with their own families.

While performing the most important, powerful, influential work and ministry in time and eternity, Jesus involved His mother. She is often mentioned as traveling with Jesus and His disciples both before and after His death and resurrection (John 2:12, Acts 1:14).

Throughout His life, Jesus never lost touch with His mother.

What a blessing to have a day dedicated to obeying the great commandment “Honor thy… mother.” As we more perfectly live this charge on this special day, we can renew this sacred relationship and more fully commit to live this commandment everyday. 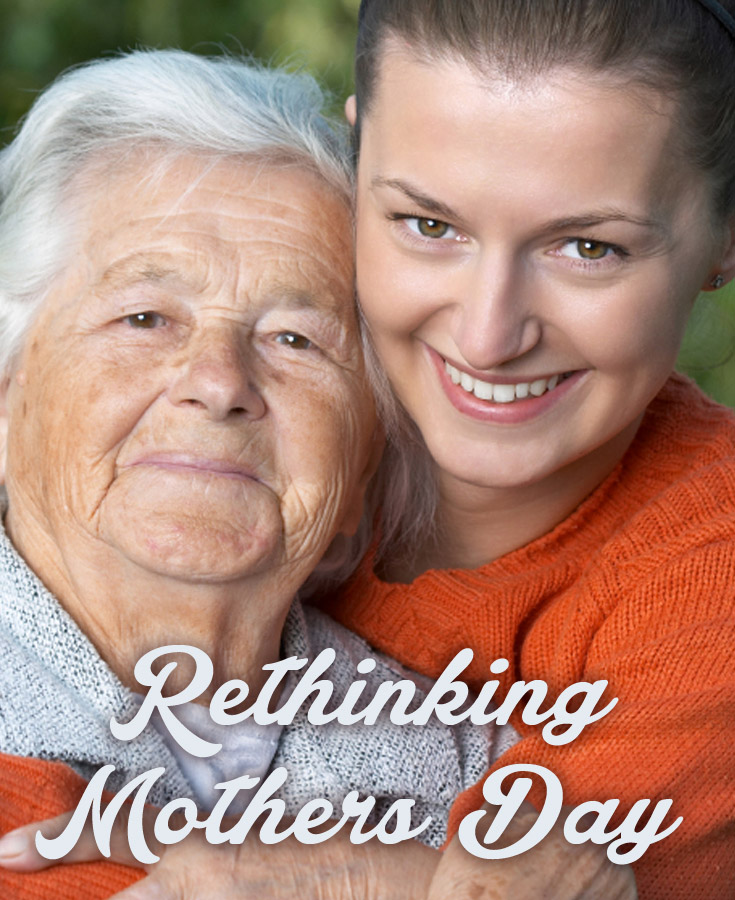