Holidays Halloween How Does Trunk-or-Treating Affect Your Neighborhood? 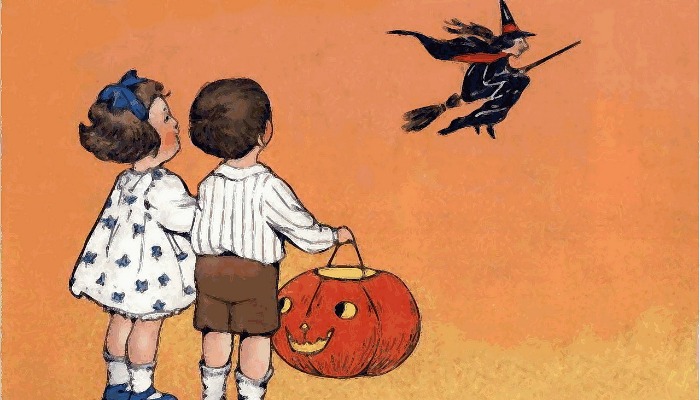 During my own trick-or-treating years, I gained many a Tootsie Roll from both the traditional door-knocking experience as well as the occasional trunk-or-treat. As I got older and started to experience Halloween through my younger siblings, I noticed how trunk-or-treating got more and more popular in the neighborhood.

Also known as Halloween tailgating in other states, trunk-or-treating is when a group or community gather together in a parking lot, usually at a church or school, and “circle the wagons” so to speak. Participants park their Halloween decorated cars in a circle with their rears facing inwards and hand out candy from the trunks.

Children enjoy it because they can go round and round grabbing loads of candy with minimal effort. Parents like it because it’s safe and, for those in rural areas, it’s a convenient way to trick-or-treat without traveling long distances from home to home.

I can remember my ward having trunk-or-treats every year since I was probably in Jr. High while my younger siblings have gone since they could walk. It’s perceived as a fun, safe way for ward members and members of the community to get together and trick-or-treat the easy way.

Unfortunately, it was recently brought to my attention that there can be unfortunate side effects to trunk-or-treating that sometimes end up making people feel alienated instead of part of a community.

Until recently I had never really considered the part trunk-or-treats could play in a community, so I decided to talk it over with others to see if there was anything I had missed.

When asking my parents about trunk-or-treats, they pointed out a few assets these events have that I hadn’t thought about. Concerning my younger siblings, my parents loved trunk-or-treats because it gave the really young ones the chance to experience a piece of Halloween when they were too young, scared, or shy to do actual trick-or-treating.

My little brother is four, and this is going to be the first year I get to take him trick-or-treating with his other siblings. Before now he was too little for trick-or-treating, yet he was still able to experience dressing up and getting candy at our ward’s trunk-or-treat party. Now that he’s old enough to understand trick-or-treating he’s super excited to try it for himself.

When I spoke to a few of my coworkers, I learned that while some were not LDS they had in fact been invited to a few trunk-or-treats with their LDS friends. However, a couple of my coworkers who weren’t from Utah had never heard of them.

My friend Maggie is from El Salvador and she was dumbfounded when I asked her if she’d ever been invited to a trunk-or-treat before. After I explained to her what is was, she explained why she wasn’t all that interested in the idea of attending one.

“Where I’m from, we don’t celebrate Halloween. In our religion, it’s viewed as the devil’s day. But when we moved to America, we were very impressed with how big a deal it is here.”

Maggie then explained to me how she and her husband had to make a few compromises with their daughters concerning Halloween. She mentioned how even though celebrating Halloween was not an ideal thing to do according to her religion, she couldn’t deny her young daughters the chance to experience Halloween parties and go trick-or-treating with their friends.

A few days after I spoke to Maggie about trunk-or-treats she informed me that HOA had recently sent out an announcement that they were going to host one for the neighborhood. She said that after learning about them from our discussion she was interested in attending with her daughters.

Side effects may include…

The most eye-opening discussion I experienced concerning trunk-or-treats was with one of my literature professors who also was a non-member and not originally from Utah. My professor expressed, quite vehemently in fact, how much he hated the idea of trunk-or-treating and tried to explain his past experiences with them in an effort to show me how they left such a negative impression on him.

My professor told me how he had moved to Salt Lake City when he first came to Utah, and how on Halloween night, he noticed his kids were the only white, non-Mormon kids trick-or-treating in his neighborhood and how other minority children who appeared to also be non-members would knock on his door.

He knew he wasn’t the only white family in the neighborhood, but was confused why his kids’ friends wouldn’t trick-or-treat at his house. He later discovered that all the LDS members in the community would only do their trunk-or-treating on Halloween night and would avoid knocking on the doors of “strangers” (thus leading him to believe the trick-or-treaters who visited his home must’ve therefore been non-members as well).

He was supremely offended in so many ways and expressed them to me along these lines:

a) were his kids not good enough for the Mormon trunk-or-treaters?

b) if they claim it’s a community thing, how come he (or the minority kids evidently) never heard of it, received an invite, or saw a flyer advertising it?

c) was his and other non-member homes not safe enough for the Mormon children because there was a chance they would poison or stick razor blades in the Snickers bars?

Now, while I admit this might sound like a bit of an overreaction to some, it did surprise me that he had dealt with such a bad experience concerning trunk-or-treating and the LDS members in his neighborhood.

And while this experience of his could very well be a one-time thing or a secluded occurrence, it did make me wonder, should we do more to make others feel welcome at our trunk-or-treats?

While I don’t think we need to go to the extent of having flyers posted all over town and announcements in the city paper, I do think some improvements can be made in this area of popular culture.

Sure, in a way these are private events because most of them (the ones LDS wards put on) are in church parking lots and the people bringing candy to distribute are the members themselves.

If the invites were to be city-wide, the responsibility for candy bringing would be only on the members, and everyone else could potentially just come and freeload—much like a potluck gone wrong (we’ve all been there).

However, I would like to reemphasize common LDS practice. Invite others to go with you to these activities. If you have non-members in your neighborhood (and I’m sure you do) try to make them feel welcome and A PART of the area.

You don’t have to send the missionaries to their home or try to convert them, and you also don’t have to go completely out of your way to make them feel included.

A simple hello and a kind invite to big social activities like trunk-or-treats or nativity performances are simple gestures of kindness and interest without coming off as pushy or “Molly Mormon.”

Lastly, I’d invite those who are able and willing to take their kids trick-or-treating after the trunk-or-treats too. Speaking from experience, trunk-or-treats are only so much fun for the older kids, and letting them knock on a few doors could brighten up their nights significantly.

I’m not trying to impose a “you should do this” or “never do that” type of vibe here. I’m merely trying to cultivate an atmosphere of awareness towards how these activities could affect others.

A kind gesture or effort for inclusivity here and there couldn’t hurt. And who knows? Maybe you end up making a new friend for yourself, your kids, or for the Church in the process. 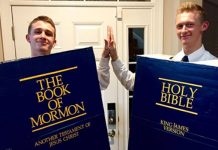