Life Humor Awkward Stake Dance Stories That Will Give You Life

“At EFY, a boy asked me to dance. I think he was trying to dance as much as possible, and it was working because he was literally dripping sweat. My hand was on his shoulder and when he would move his head or we would sway, the sweat from his forehead would drip onto my hand. What could I have done to get his head sweat off of my hand?! Nothing. I couldn’t casually wipe it on his shirt. So I guess I had to leave it there on my hand. Close to the end of the dance, the same boy asked me to dance. He said he was trying to dance with every girl there. Luckily, I could say we already danced. And I was spared again. Poor boy.”

2. What’s the Opposite of a Cradle Robber? A Coffin Snatcher? IDK

“My first church dance I wore like a full suit and tie because I had no idea what to wear. All the other guys were wearing like polos and khakis or whatever. The first slow dance came on and I didn’t know who to ask. I got the guts to ask a girl who looked older but I didn’t know how old. As we were dancing, she proceeded to tell me that she was a chaperone and that she was there with her husband, haha. Super awkward! I was super nerdy and young so I think she could tell it was my first dance.”

“Long story short, I went to a dance almost 10 years ago, [and] this weird guy asked me to dance like five times. Haven’t seen him since, but to this day he still shows up in my DMs.”

4. When No One Understands How Hilarious You Are

“There was a 90’s themed ward dance where I showed up dressed like a toddler as a joke – cause I was a toddler in the 90s – and NOBODY thought it was funny.”

5. If Only He’d Been as Cute as This Dog 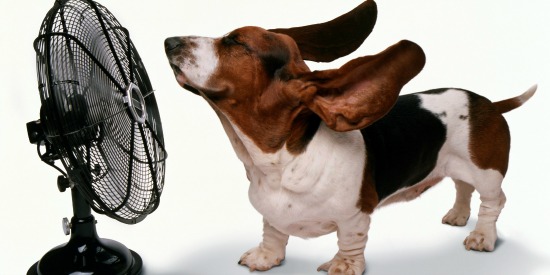 “I once danced with a guy from my ward and he took me over to the big industrial fan. He said “I like to go here to dry off my armpit sweat.” He proceeded to tell me about all the cute girls he danced with and asked me if I thought he smelled attractive as he had just bought a new body spray. Needless to say, that was a dance to remember.”

6. Taking the Phrase “Dance Like No One is Watching” Too Literally

“Once a guy in a guitar tie who was kinda sweaty asked me to dance. He asked if I wanted to skip… I guess I said sure? We spent the whole song skipping/galloping around the perimeter of the gym.”

“So I often liked wearing skirts to stake dances. One time, they had these huge leaf blowers all around the edge of the cultural hall to help keep all the kids cool. As I was walking past one, it blew my skirt up (luckily it had two layers, so I didn’t super flash anybody but it was still sooooo embarrassing). I hurriedly moved away and yanked it all down again, praying that no one had seen me. About ten minutes later I’m dancing with a guy and one of the first things he says to me is, “Are you that girl whose skirt blew up?” Totally ditched him as soon as the song was over.”

“One time this kid asked me to dance, and he was wearing a white tuxedo and white gloves. To a casual dance. He spent the whole time talking about cows.”

“I was dancing with a boy and asked him what his favorite Christmas decoration was and he just looked at me really funny and said, “Uhhh, I guess the lights?” I MADE the awkward situations!”

10. Awkward Situation Diffuser: “Our Cars Just Kissed — Now How About We Try?”

“My two brothers and I were leaving a dance at the Stake Cannery once, and my brother that was driving wasn’t paying attention and drove right into someone else’s car. The people in the other car got out and lo and behold it was a bunch of young women from our own home ward. My brother who was driving was way embarrassed, and my other brother was really mad at him. I just sat in the backseat.”

“I danced with a girl my age (15 or so) and she pretty much told me she loved me on our first dance. And then I learned she had a 2-year-old kid. That was awkward.”

“I’m 4’9 (I’m done growing RIP), and a guy who was 6’9 (at least he told me he was) asked me to dance. During our slow dance, he shouted to me that he was seeking out all of the shortest girls to dance with because he thought it would be really funny. I wasn’t very amused.”

13. “Dancing with a Criminal” Should Be a New ABC Drama

“One time, I was asked to dance by a boy wearing leather pants with a tie up waist. He spent the entire talk time talking about how to pick a lock, and how many times it had come in handy for him.”

“One time I went to a stake dance and was slow dancing with a guy I hadn’t met before until just then. So my left hand was on his shoulder while my right hand was holding his left hand. (How people normally slow dance, right?) Anyways, this guy must’ve been bustin’ some serious dance moves earlier because he was sweating A LOT. It didn’t really bother me because he was obviously having a good time. However, about half way through the song he took my right hand (the one that he was holding) and wiped it across HIS SWEATY FOREHEAD. I don’t think he meant to use my hand, I think he meant to use his own hand (or at least I hope so)… but I was petrified. The back of my right hand was now COVERED in some random guy’s sweat. And he went on like nothing was wrong. Sometimes I wonder if he even noticed that he used my hand instead of his own. It was just really disgusting.”

“I danced with this boy who — no joke — told me I was as pretty as his sister. I was flattered for a split second until I was like, WAIT. EW. What?! Hopefully that guy is in therapy, that’s all I’ve gotta say.”