Life Humor 13 of the Most Hilarious BYU Police Beats 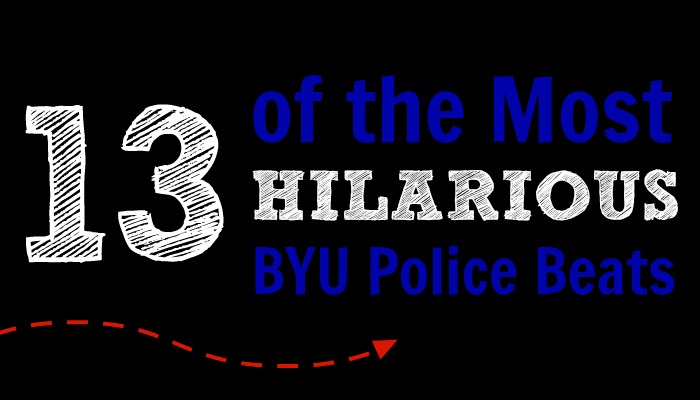 You can’t deny that BYU is an interesting place with interesting people. Provo is full of “not your average” college students, and when some of these “not your average” college students have a run in with the law, it can be a little funny. Some of these hilarious incidents are documented in The Daily Universe‘s Police Beat section, where you can find weekly BYU police reports. Here are some gems that could only happen at someplace like BYU:

Two male students were reported trying to capture a duck using a plastic laundry basket at the botany pond at the base of Maeser Hill. The students admitted to trying to catch the duck but said they weren’t stealing the duck, just borrowing it to put it in one of their friend’s rooms as a joke.

2. A good reason to always know what day it is…

BYU police discovered several students from NewsNet trespassing in the Deseret Towers demolition site. The student said they had heard U Hall was going to be blown up and were waiting to witness it. When the officer asked them to tell him the date the students realized they were the victims of an April Fool’s Day prank.

3. What do you get when three bored freshmen walk onto an empty field?

Three freshmen were apprehended and issued misdemeanor citations after police observed them detonating a dry-ice bomb on the Deseret Towers field.

An assault was reported in R Hall of Deseret Towers. One male student threw a bug on another male student who retaliated by spraying shaving cream on the male that threw the bug. Shaving cream got in the eyes of the first student and the argument quickly escalated and became a physical confrontation.

5. When your serenading plans go wrong… 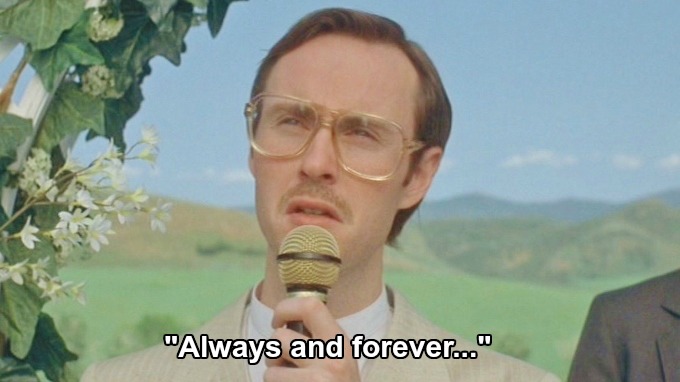 An individual reported male students singing to female students outside of Hinckley Hall in Helaman Halls. The males were advised to leave due to complaints.

6. Watch out for those mannequins, man.

A student reported a suspicious individual with long gray hair and a beard inside a restricted lab in the Clyde building. Upon arrival, the officer found a mannequin in the reported location.

BYU police received a call reporting a male dressed in a bright yellow suit looking for duck eggs near the duck pond. When police arrived as the scene the man was nowhere to be found.

A male was walking near a bike rack north of the JKB. An officer flashed his lights on the young man, and the man began to run away. Once a police officer talked to his four friends, it turned out they were playing sardines and the man was afraid he was in the area too late. No names were taken.

9. In an unfortunate turn of events…

A bicycle was reported stolen from a bike rack near the Wilkinson Center. The owner had gone into the bookstore to purchase a lock for the bike. When he returned, the bike was gone.

12. Just a California boy living in a Utah world.

A man was reported to University Police after he threw snowballs at a student leaving the library. When confronted, the suspect explained he was from California and was excited because he hadn’t been in snow before. He apologized and stopped when police explained to him it is inappropriate to throw snowballs at random citizens.

13. Seriously, what’s up with the ducks? Someone tell me.

Officers responded when they received a call that an adult duck was placed in a female dorm in Helaman Halls. The officers captured the frightened duck and returned it to the duck pond.

What wacky and hilarious things happened when you were at BYU? Tell us in the comments!

For more funny beats, check out “the best of” editions of The Daily Universe‘s Police Beat and BCC’s Police Beat Roundtables.