Life Humor My Nursery Experience on the Untamed First Day 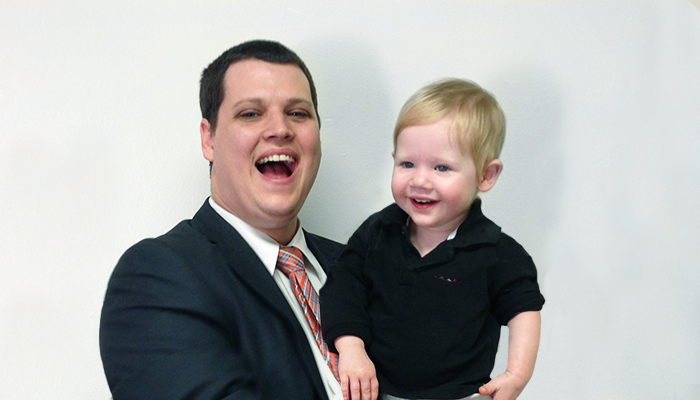 My son, Albus, recently had his first nursery experience. This allowed me to learn that our gospel doctrine class definitely can’t agree on what the beast of Revelations represents, to not make any animal sounds for two hours, and to generally enjoy my eighteen-month pending two blessed straight hours of peace.

Except absolutely none of those things happened.

My Journey into the Nursery Experience

You see, dropping a child off at nursery has a number of steps.

1) Walk into the room

2) Place the child on the floor

Well somewhere between step two and step three calamity rained down from heaven like I was a pharaoh who hadn’t had enough locust today.

The noise started like a babbling brook. A whimper bumping over a few stones. Then as I reached out for the door, the noise evolved into Niagra Falls.

Have you ever dropped a baby off Niagra Falls? Neither have I, but I imagine it would sound something like the skull-denting salvo my precious son unleashed on the perfectly innocent Lockhart Branch Nursery.

Everyone looked up with horror, even the crayon eater in the corner.

Well except for me—since this is the exact same protest as when he wanted that other box of Cheerios at breakfast.

Undaunted, I began to turn the handle of the door. Albus plunged himself onto the ground, splaying his protesting toddler limbs in every direction. I had no idea he was so familiar with the sackcloth and ashes ritual of the ancient Hebrews. Perhaps he has a future in theology.

The nursery leader whose beatification is only pending because of bureaucratic inefficiencies looked straight at me.

It’s always hard to know what exactly a look means. But I’m pretty sure this one meant, “if you leave me with that admittedly adorable nightmare of a human being I will haunt you until said precious child has paid off his college loans.” So I stayed.

The walls of the nursery room are white. Were white. Probably. Once.

The doors of the toy chest in the corner hung on their final screw, but were secured in the center by 39 military grade padlocks.

Overall the nursery room is nice. It’s definitely larger than a closet. Which is good, since Albus hates staying in the closet. I imagine.

In the corner stood Saint Nursery Leader. She smiled. This is the honest truth: there exists an actual human person whose authentic response to what was now an entire room of screaming children was a warm and genuine smile. This is why I go to church every week.

The kids were what you’d expect.

There was the three and seven-eighths-year-old who could have fit seven Albuses inside of him.

Aforementioned crayon eater who had finished blue and was moving onto chartreuse.

And then, of course, the girl who was actually following directions and plying her play-doh into a dromedary camel—or something.

My Plan of Attack

The week before, my mother told me that in all of her sizable years of nursery experience there was one trick that always worked for the parents of cranky new kids: stand in the corner and watch.

Also the week before my wife’s mother told her that in all of her sizable years of nursery experience there was one trick that always worked for the parents of cranky new kids: play with your child until he integrates.

With such consistent advice, I obviously knew exactly what to do: stand aimlessly in the middle of the room looking anxiously around.

This approach seemed to be working, since Albus had settled into a mere caterwauling. Which descended to a blubber, then a snivel, and finally back to a whimper. Which I could work with.

Feeding Habits of the Indigenous Population

During lesson and singing time, Albus watched solemnly, from afar, like the nursery foreman.

The nursery assistant left the room. Pretty soon I heard sniffs. First the giant child, then the others. Even Albus had caught the whiff of something. Then joy. The crayon eater even started giggling.

Imagine with me for a moment that we’ve been abducted onto an alien spacecraft. Nothing changes but all of a sudden these aliens start sniffing furiously. This species must communicate through scent, you think. Except they weren’t doing this a moment ago. Perhaps it’s a cultural ceremony of some kind. But then they burst into random unsynchronized laughter. Your mind is racing. What is this species? What are they doing?

The assistant walked back in with a 39-gallon tub of goldfish—the crackers.

Then came the herding. Even Albus quickly took a seat at the table. I admit to feeling some parenting pride. It may have taken eighteen months, but my son knew how to finagle free food.

For all their excitement, these kids sure took their time with the food. Holding up each individual goldfish to the light like a jeweler appraising the cracker for auction. We had gone almost seven straight seconds without Albus looking at me, and I considered for a moment making a run for it.

If I left my nursery experience now, I could catch the end of the Elder’s debate about which authority Alma the Elder used to do all that baptizing. Shockingly, I stayed.

There is a carefully orchestrated truce among the resident nursery children. Once the toy chest has been unveiled, each one gathered an armful of toys and proceeded back to their own territory. The play-doh camel artist approached the crayon eater with a five-key Fisher Price xylophone. She pointed to a toy bus. He looked at the xylophone, then the bus. He nodded curtly.

This was a well-guarded peace. And Albus, in the words of Sister Cyrus, came in like a wrecking ball. Albus wobbled over to the newly acquired bus, grabbed onto it with both hands, and yanked. Play-doh girl yanked back. And we’re back to the histrionics. All the goldfish-bought amity gone in a moment.

Saint Nursery Leader, who at this point was clearly a nursery savant  as well, wanders over to Albus and pulls a matchbox car out of her pocket. Albus beams, and starts vrooming the car around the room. Except for the brief moment where the car vroomed ninety-degrees up my leg, Albus wouldn’t look at me again.

When my wife came to gather us after Relief Society, Albus cheered, because, you know, Mom. As we walked into the relative anechoic chamber of the lobby, Albus turned back toward the nursery and started whining to go back.