Life Latter-day Saints How the Gospel of Jesus Christ Heals the Wounds of Rwandan Genocide... 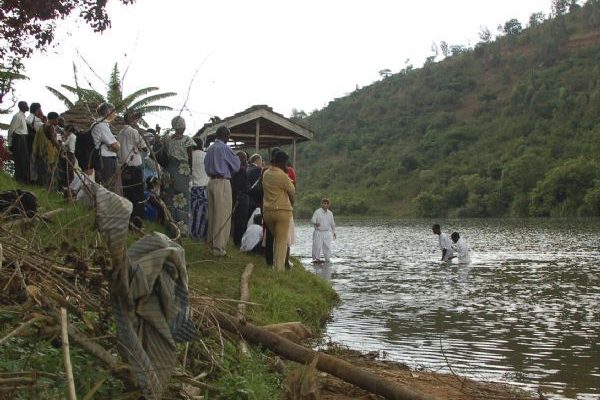 Monday, April 7th marked 20 years since the beginning of the genocide in Rwanda. Rwanda was divided into two major ethnic groups, the Hutus and the Tutsis. Radical Hutus systematically slaughtered more than 800,000 Tutsis and moderate Hutus. For a country with less than six million residents at the time of the genocide, this event scarred the country in a way that would not soon be forgotten. Those who saw the genocide first hand would be scarred forever. As incomprehensible as this tragedy is, Jesus Christ understands the pain of those who survived it. Today The Church of Jesus Christ of Latter-day Saints has two congregations in Rwanda. I want to tell you about how the gospel of Jesus Christ has helped heal two Rwandan genocide survivors. 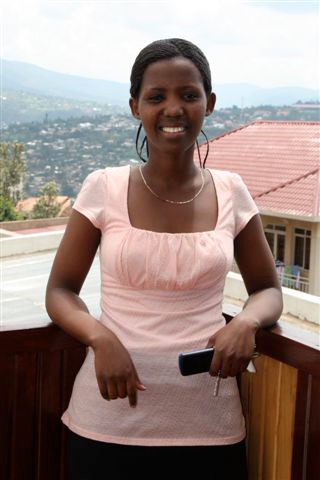 Agnes was eleven years old when the genocide began. She lived with her two parents and five brothers and sisters. One day her neighbors walked into her home. She watched as those neighbors killed both her mother and father. Agnes would never be the same again. Losing her parents put Agnes into a downward spiral. She spent most of her time alone with what she describes as a broken heart. She never smiled and learned to look at others with hate.

But Agnes was resilient. She resolved to make the best life for herself that she could. She enrolled in classes at the University of Kigali, in the country’s capital. Her cousin Yvonne also attended the university, and invited Agnes to live with her. Yvonne had recently joined The Church of Jesus Christ of Latter-day Saints, and was anxious to share what she had learned with Agnes. It started with Church films about the life of Christ, but turned into conversations about The Book of Mormon and the restoration. While Agnes found what her cousin said interesting, she was not yet entirely convinced about the Church.

Eventually Yvonne convinced Agnes to attend Church with her. Agnes noticed that members of the Church were different. Their behavior and speech were different than those Agnes usually saw. Agnes concluded that the members of the Church behaved like children of the Lord should behave. Her positive experience made her interested in learning the truth about the Church. Agnes explains that she gained her testimony from the teachings about Jesus Christ in the Book of Mormon.

Agnes joined the Church eight years ago, in 2006. After her baptism, Agnes began to feel the Holy Ghost who she says, “changed my life of sorrow and unhappiness into peace and joy.” Agnes began to smile again. The atonement of Jesus Christ took away her sorrow. And when her sorrow left, something miraculous happened. Agnes started to feel like she could forgive those who murdered her parents. Forgiving them was very difficult for Agnes, but when she did she says, “I gained the total peace of my heart.” Agnes describes her ability to forgive as a gift she was given by the Lord.

Today Agnes works as an accountant in a hotel in Kigali, and has started work toward a Master’s degree. She values her Church membership. “Because I lost my family in the genocide,” she said, “I feel that the Church members are my brothers and my sisters.”

You can learn more about Agnes here. 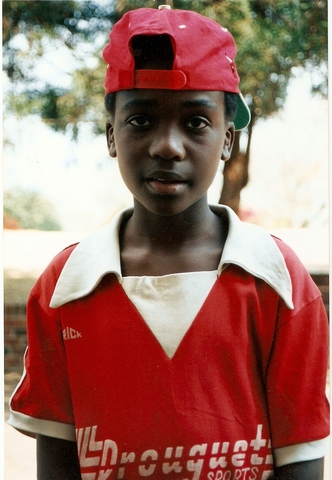 John Bizimana was born into a wealthy family. He lived a life in a beautiful home, with several servants, and plenty to meet his needs. When John was seven, his dad died. John’s dad got into a major car accident just months before the start of the Rwandan genocide. Newly widowed, John’s mother tried to make the most of the situation. The family’s prominence put them at greater risk for attack. His family put mattresses against the walls and windows to stop stray bullets. But it was not long before his family was forcibly taken from their home. They were put into a large stadium with thousands of other refugees. John’s mother, however, had no interest in waiting to see what happened.

John’s mother took him and his siblings out of the country as refugees. They left their home country, passing by abandoned corpses, and babies holding desperately to the bodies of their no-longer-living mothers.  They crossed west into Zaire (now the DRC), and back east across Lake Tanganyika, the largest lake in Africa, into Tanzania, and then south through Zambia and finally Zimbabwe. Their journey lasted more than a thousand miles. The journey was too much for John’s mother, who succumbed to starvation and died in Zimbabwe.

John and his siblings, now orphans, were separated. John lived in the Emerald Hill Children’s Home. Five years had passed when John and his siblings heard from an uncle and aunt who had long before moved to Belgium. They now sought to adopt the family. John’s siblings reunited, moving continents away. They were once again safe. While in Belgium, John met two missionaries for The Church of Jesus Christ of Latter-day Saints, while playing pickup basketball.

John explains that in contrast to his long wanderings as a refugee, the Church gave him direction. John says, “My dream is to just one day be a good member of the Church. I’m not there yet, but one day. That’s my goal.” Today John has turned his life to service. He began and sings in the group Voice of Africa which raises money for college scholarships. The organization is also working on larger charitable projects in Uganda. John’s newest charitable cause is the Emerald Hill Children’s Home where he lived for five years.

The gospel has helped John put the tragedies of his childhood into perspective. Despite circumstances that most people can barely imagine, John simply dismisses it all saying that everyone has hard times.

How to Dispel Fear