Life Latter-day Saints 12 Stories of Eliza R. Snow That Will Make You Want to...

Eliza Roxcy Snow is a well known Mormon woman, but here are twelve stories you may not know. She lived a life filled with faith, achievements and greatness, a life of true womanhood and true discipleship— the kind of life that stirs something of the divine within us and encourages us to rise to what we can and ought to be.

Here are 12 traits Eliza had that we would all do well to develop!

As a young girl Eliza discovered her poetic talent and occasionally submitted school assignments in rhyme.

After procuring fame at age 22 with the publication of her article  “The Fall of Missolonghi,” recounting the Greek-Turkish battle, several newspapers commissioned Eliza to write a requiem honoring former presidents John Adams and Thomas Jefferson.

Application Idea: In the talents with which God has blessed you, choose to be great.

2. Sacrifice and Build the Kingdom

The call to Zion sounded in Eliza’s heart and two years after her baptism she joined the Saints in Kirtland, leaving the luxuries of her parents’ home and her budding writing career. She donated her substantial inheritance to help build the temple and worked as a teacher.

Although her path changed, Eliza’s talents were not lost; they were merely redirected. She wrote hymns and contributed poetry to publications in Nauvoo. While crossing the plains, she wrote poems of comfort and encouragement. Many of her poems were found in the diaries, and letters of others.

Application Idea: When God calls you to sacrifice and change your plans, use the best of your talents in building His Kingdom!

3. Trust the Lord in Every Turn

The Snow’s home often filled with “the good and intelligent of all denominations” and in 1828 Eliza and many family members joined the Campbellites, a group seeking to restore Christianity to the form of the ancient Church.

Though the Snows had found some truth, God had more in store for them. In the winter of 1830—31, Joseph Smith called at their home. Eliza’s mother and older sister quickly accepted the gospel message, and after four years of careful investigation and sincere prayer, Eliza did as well.

Application Idea: Constantly seek God’s guidance and humbly accept course changes, recognizing that an answer to one prayer may simply be preparation for something greater.

4. Hold Fast to the Good

Eliza took for her motto “Prove all things and hold fast that which is good.” After embracing the gospel, she truly held fast.

In the bitter winter of 1838, a mob militia drove the Saints from Missouri. A member of the mob rode up to taunt Eliza saying, “Well, I think this will cure you of your faith!” Eliza firmly replied, “No, sir, it will take more than this to cure me of my faith.”

Application Idea: When storms, persecutions, taunters and difficulties try to “cure you of your faith” take Eliza’s motto as your own. Prove the truth for yourself, and then hold on, no matter what.

When Joseph Smith visited the Smith’s home, Eliza’s brother Lorenzo was a teenager who was focused on his dream of a military career and cared little for religion. Soon after Eliza was baptized, her brother left for college.

Eliza wrote Lorenzo often, answering his questions and inviting him to come to Kirtland. He finally accepted, only to attend the Hebrew class so he could get into a better university. But once in Kirtland, he embraced the gospel.

Lorenzo Snow later became the 5th president of the Church.

Application Idea: God has a greater story for our family members that we can imagine. We can’t see the end while we’re trudging through the middle of that story. Trust that if you continue to boldly and thoughtfully share truths and extend invitations that story will eventually unfold.

Although Eliza never had children, she was known as “Aunt Eliza”.  She spent several years in the Smith home as governess and school teacher to Joseph and Emma’s daughters and nieces and oversaw the establishment of both the Young Ladies Mutual Improvement Association (later Young Women) and the Primary organization during her time as Relief Society President.

The children so loved her that two decades after her death, primary children were encouraged to show reverence for “the prophet, the priesthood and Eliza R. Snow.”

Application Idea: Whether or not you have children of your own, you can leave a lasting impression as you take time to teach, mentor and love the youth and children of the church.

7. Have a Sense of Humor

When Eliza first arrive in Salt Lake she lived with Clara Decker Young in a tiny log room with a roof of willows, earth and mice nests. During a March rainstorm the roof leaked badly. Eliza sat in bed all night holding an umbrella and laughing as mice and mud bounced off it.

Sister Marjorie Hinckley said, “The only way to get through life is to laugh your way through it. You either have to laugh or cry. I prefer to laugh.” Eliza’s joyful life echoes the same sentiment.

Application Idea: Life is full of mice and mud at times, but as we choose to laugh we express gratitude for this mortal experience, mice and all. It’s easier to cry, but life is brighter if you laugh.

Eliza loved and excelled in school, but long beyond her years in grammar school she continued to learn. During the exodus from Nauvoo, Eliza drove a team of oxen despite having no prior experience. She quickly learned to haw and gee and kept up just fine with the other drivers.

She never seemed to be intimidated and jumped quickly into new roles and experiences, embracing the opportunity to learn and grow.

Application Idea: Don’t let challenges or new experiences intimidate you. Embrace these opportunities to keep learning and expand yourself and your abilities.

The hardship and poor nutrition of the exodus left this Mormon pioneer woman in very poor health. Nonetheless, when Brigham Young dedicated the Endowment House in May 1855, he asked Eliza to preside over the sisters’ work there.

Eliza expressed concern that she was unable to perform the physical labors in the Endowment House, but President Young blessed her and promised her health would improve if she accepted the call. She did, and almost immediately received the necessary strength to perform her duties.

Years later while serving as General Relief Society President she said, “Tell the sisters to go forth and discharge their duties in humility and faithfulness and the Spirit of God will rest upon them, and they will be blest in their labors. Let them seek for wisdom instead of power and they will have all the power they have wisdom to exercise!!!”

Application Idea: Faithfully accept and fulfill your callings. God will bless you with the spiritual and physical power you need to successfully perform your duties.

Eliza’s reputation as a poet and academic made her the center of female intellectualism. In 1854, Eliza, her brother Lorenzo, and a group of select friends founded a Polysophical Society. The members of the society met regularly, performing and speaking for each other.

Eliza composed some of her most pensive writing for this society, but it displeased some Church leader and so it was quietly disbanded in 1856. Had Eliza reacted defensively her society would  have continued, but she may have missed out on the great blessings and responsibilities the Lord had in store for her after she proved her humility and obedience.

Application Idea: It is so easy to get defensive and be offended. Have the same meekness as Eliza and quietly accept course correction, even if you do not feel it necessary. God has great things in store for the humble and obedient! 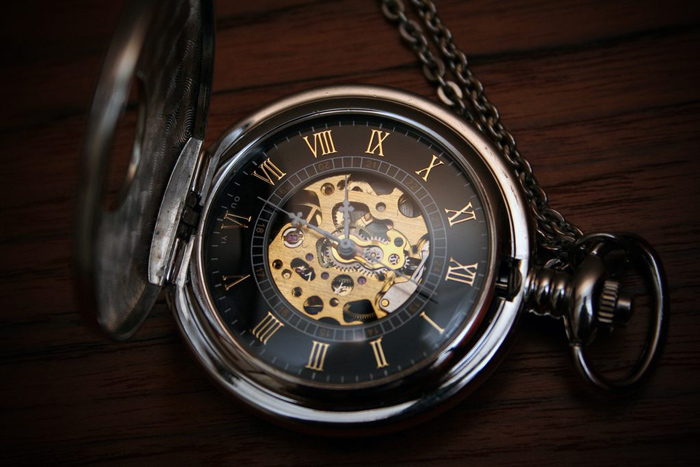 Eliza cared deeply about punctuality and using time wisely. She always carried a large pocket watch on a gold chain and was particular about being on time to her many meetings and activities as she served simultaneously as the General Relief Society President and the first president of Deseret Hospital.

She once said, “Let your first business be to perform your duties at home. But, inasmuch as you are wise stewards, you will find time for social duties. . . . By seeking to perform every duty you will find that your capacity will increase, and you will be astonished at what you can accomplish.”

Application Idea: In a world filled with distractions, or more accurately dis-actions, we all need a reminder to refocus and re-prioritize our lives. As we do so, stress will reduce and capacities will increase.

Eliza died quietly at age 83. Always one for details, she arranged her funeral—requesting that no black be worn—and wrote her own epitaph, epitomizing her life which will always be remembered:

” ’Tis not the tribute of a sigh
From sorrow’s heaving bosom drawn,
Nor tears that flow from pity’s eye,
To weep for me when I am gone …

“In friendship’s mem’ry let me live, …
I feel the low responses roll,
Like the far echo of the night,
And whisper, softly through my soul,
‘I would not be forgotten quite.’”

Application Idea: Live the life of a true friend, a life worth remembering.

How does Eliza’s story encourage you to rise to a new level of faith and greatness? What other stories from her life inspire you?