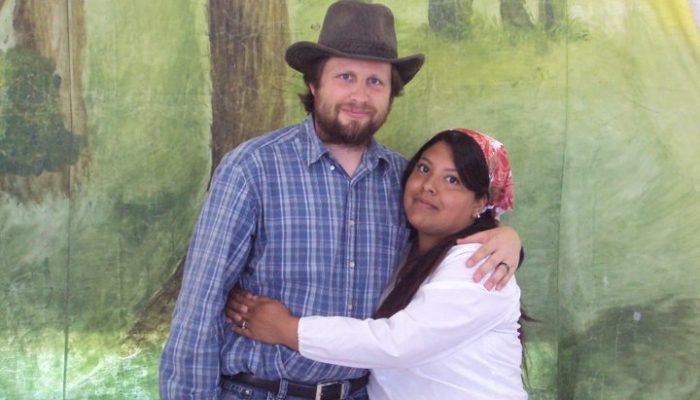 I recently had the opportunity to speak with Jeremiah Stoddard, who writes about faith and politics on his blog, JeremiahStoddard.com. It is important to note that The Church of Jesus Christ of Latter-day Saints does not take political stances, therefore its members are free to choose a variety of political affiliations. Stoddard, an active Latter-day Saint, is one member of the Church who chooses politics much different than the norm. Because he claims to base these politics on his beliefs, I thought it would be interesting to understand his point of view.

LDS.Net: Jeremiah, If you had to label yourself politically what would you use?

Jeremiah Stoddard: For pragmatic reasons, I tend to refer to myself as a libertarian socialist, but you could call my ideal society either pacifist or anarchist. I consider them to be synonyms. Both are the rejection of using force against others, and if you take anarchism to its logical conclusion, it would imply pacifism.

So let me see if I understand. You believe LDS doctrine requires pacifism. Is that right?

I believe LDS doctrine accomodates, but not necessarily requires pacifism. My purpose in writing is to show that pacifism is compatible with being a Latter-day Saint. I think Latter-day Saints and other Christians ought to consider pacifism as the most effective way to follow the example and teachings of Jesus Christ. From the commandment to “turn the other cheek” to His refusal to fight back against his execution, I think we can find in Him the perfect example of what it means to be a pacifist.

Well Latter-day Saints have other scriptural examples such as Mormon or Captain Moroni who used force to do good. Doesn’t this demonstrate a more complex view of force?

I would suggest that we look at the Book of Mormon as a whole instead of reading individual heroic stories outside of the context of the ultimate destiny of the Nephite nation. The Nephites were a warlike people and chose warriors as their heroes, but this ultimately led to their destruction. I think one point of the Book of Mormon is to warn us that we’re not supposed to follow that example.

On your website, you often point to the principle of Zion to defend your point of view. What pacifist principles can Latter-day Saints apply to help build up Zion?

I see two essential “pillars” supporting the concept of Zion. One is that it is an egalitarian society, with no rich or poor. The other is that it is a peaceful society. As Doctrine Covenants 45:68 says  those who do not want to fight will have to flee unto Zion. I think members of the Church who want to help build it up will have to work in both of these directions. We can do so by speaking out against war, refusing to fight in wars, and also by seeking or agitating for a more egalitarian society.

Many Latter-day Saints would reject your ideas. Do you think there’s a future for Mormon pacifism?

I think Mormon pacifism has great potential in the coming decades. Society at large is becoming more persuasive and effective at drawing youth away from not only Mormonism, but religion in general. Those who remain are not only stronger in the faith, but have a sense of identity that includes being different from the rest of the world. Perhaps some of them will decide that pacifism will be one of the ways in which they choose to distinguish themselves from the world.

What led you to start sharing your political views online?

As I mentioned previously, I started writing with the hope of showing that one can be a pacifist and also a good Latter-day Saint. I think there is room in the Church for people from a wide variety of backgrounds and with a wide variety of political beliefs. Unfortunately, at least in the United States, we sometimes create a culture within the Church that can make those who don’t share [the most common political beliefs] feel like they don’t belong. I hope to show such people that there’s room in the Church for them, too.

What future plans do you have for your website JeremiahStoddard.com or other writing projects?

I hope to eventually write a little more and expand on my ideas about pacifism both in general and within the context of Mormonism. At the moment, however, I don’t have any more precise plans for future writing. I’m reflecting on what I’ve written already and considering the directions I can and ought to take in the future.

For more information on Latter-day Saint attitudes and doctrines regarding war check out these sources:

Guide to the Scriptures on War

“War and Peace” by Gordon B. Hinckley