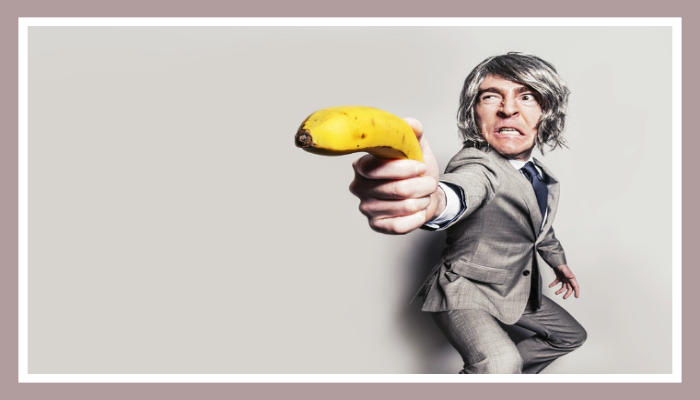 Have you ever seen ‘The Matrix’? Of course, you haven’t, its rated “R”. But I have it on good authority that there is a scene where Neo, the main character, is about to have an all-out good vs. evil battle. He is asked what he needs as he prepares for combat.

It’s an iconic scene. The need for guns is a hot topic throughout the world. What makes it applicable to this article is that many members of the church feel just like Mr. Neo here. They like the idea of having, well, lots of guns.

These people have rational explanations as to why their gun ownership is proper. They do not have a monopoly on rational explanations, however. There is a contingent of church members that take issue with guns and any kind of violence. The absolutely crazy thing about members of the church falling on either side of the debate is that they can exist as members of the same church. How can two people who are diametrically opposed on any issue share membership in a church whose God commands His people to be one?

To illustrate the ideological cleavage in the Church we can identify the most popular arguments for and against gun ownership.  The for-camp identifies firearms as insurance against tyrannical governments. They express their desire to defend their corporeal and material interests. Guns are also painted as wholesome entertainment.

“And they were doing that which they felt was the duty which they owed to their God; for the Lord had said unto them, and also unto their fathers, that: Inasmuch as ye are not guilty of the first offense, neither the second, ye shall not suffer yourselves to be slain by the hands of your enemies.

And again, the Lord has said that: Ye shall defend your families even unto bloodshed. Therefore for this cause were the Nephites contending with the Lamanites, to defend themselves, and their families, and their lands, their country, and their rights, and their religion.” (Alma 43:46)

Guns are not implements of righteous enforcement for all people, however. For these people forgiving enemies and turning backs to smiters are more than platitudes, they are principles for living the peaceable life of a disciple of Christ. The people of Ammon are commonly cited as perfect examples of forsaking weapons of war.

“Behold, I say unto you…let us retain our swords that they be not stained with the blood of our brethren…And now behold, since it has been as much as we could do to get our stains taken away from us, and our swords are made bright, let us hide them away that they may be kept bright, as a testimony to our God at the last day, or at the day that we shall be brought to stand before him to be judged, that we have not stained our swords in the blood of our brethren…And now, my brethren, if our brethren seek to destroy us, behold, we will hide away our swords, yea, even we will bury them deep in the earth, that they may be kept bright, as a testimony that we have never used them, at the last day; and if our brethren destroy us, behold, we shall go to our God and shall be saved” (Alma 24:13—15).

Outside of the Church, the clash between pro-gunners and anti-gunners breeds heated debate and contention. Inside the Church, the dispute is more refined. The conflict between these two opinions usually boils down to the proponents of each citing more and more quotes and scriptures in the hopes that the other side will come to the realization that God’s opinion on the matter is in line with their own. Basically, we find ourselves dismissing the spirituality of those who do not agree with us.

Instead of fruitlessly wresting the scriptures, what if we tried to understand why two members, both with the gift of the Holy Ghost and in good standing, can come to different conclusions on a matter of life and death. 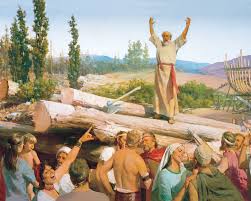 When social issues such as gun control spill over into the membership of the Church, theology will undoubtedly become a matter of controversy. One person explains that they believe their position is approved by God while the opposition claims the same thing.

What’s the deal? Are people praying to God asking what his stance is on guns and receiving different answers?  Who has a better take on the revealed word that touches the issue? Can both parties be right?

We now enter dangerous territory. A church divided as to matters of divine will is in a precarious situation. What if God inspires one person to buy a gun because He knows that their house will be broken into and a gun would save the family from a tragic outcome? What if God also inspires a family to stay away from guns because He knows one of the children would find it and accidentally kill themselves?

The arguments for both sides of the issue are so well known they are almost clichés at this point. So far I can tell, the Church, or the people in the Church, has not reached a consensus. What are we supposed to do in the face of this kind of uncertainty? If the issue is important to you consider asking Heavenly Father in the name of Jesus Christ what He approves of. Take your answer and run with it, remembering to keep to your own lane; others will be running with their answers too.

The question that should be asked is whether an individual member would be willing to conform to the will of God. Whatever God says is right, is right. If you are an ardent gun advocate but you recognize God counseling you to forsake your weapons would you do it? If you usually wouldn’t touch a gun with a ten-foot pole, but suddenly understand God is telling you to purchase one, would you do it?

It’s this obedience that gets us in tune with the Spirit. Therefore, two obedient persons can strive for perfection in the same church. Even if their obedience points in different directions.