Mormon Channel released a video featuring a Filipino Coconut farmer who helped others in need after a typhoon, even when his own family was in need.

In November 2013, the strongest typhoon ever recorded hit the Philippines with 195 mile-per-hour winds. Those who survived the storm had to literally rebuild their lives from the ground up.

Even though you may be going through trials, you can still help others because there is always something you can give. 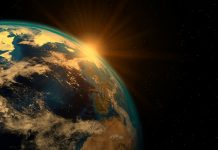