Life Hacks Health & Beauty New Science—One Drink is Too Much 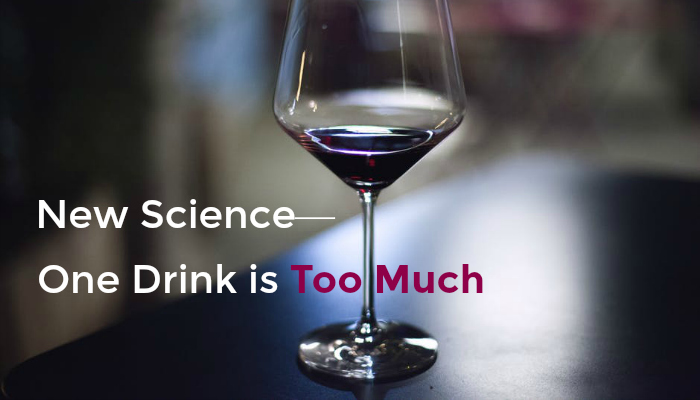 Members of The Church of Jesus Christ of Latter-day Saints are accustomed to raised eyebrows when it comes to some of our more “unique” lifestyle choices. We know that not everything we’re asked to do (or not do) needs to have a bullet-proof, logical explanation. Faith is a difficult thing to explain to people who aren’t familiar with it, but we have a certain tolerance for doing things without it making perfect sense to everyone else.

Which means gamely enduring some flak from non-member friends and colleagues when we abstain from drinks at a party or decline an invitation to join them at a local bar. We’ve gotten used to that, too. However, despite some suspicion to the contrary, we are still human. So, when ABC News’ Good Morning America (GMA) covers a statement by the American Society of Clinical Oncology acknowledging that alcohol consumption, even in modest quantities, increases the risk of cancer—don’t be surprised to hear some of us crow, “Ha! Word of Wisdom! We told you so!”

Not that we really needed such a statement to validate our avoidance of alcohol. Alcohol poisoning, liver problems, drunk driving, and alcoholism are each reason enough not to drink—not to mention the remorse-inducing, inebriated lapses of judgment and inevitable hangovers. And yes, we are aware that many people who drink do so in moderation, without any of the irresponsibility we associate with party culture.

However, according to Dr. Jennifer Ashton, even those who don’t drink every day, or who are careful in their alcohol consumption may be increasing their risk of developing cancer. This is because most people do one of two things—they either drink more on the weekends, or they drink more than the recommended serving size for any given type of alcohol in one sitting. An earlier GMA report states that even one alcoholic drink a day increases a woman’s risk of breast cancer.

To those who wish to reduce their cancer risk, Ashton recommends that you “drop your intake any way you can,” as though there is a minimum level of alcohol consumption below which people cannot reasonably be asked to descend. Indeed, Ashton seems to cross a line moments later when she says, “Something that’s really easy to do, if you know that when you go out, you drink—don’t go out!” The studio falls silent, followed by awkward laughter.

Clearly, people have not been spending enough time with Mormons. If the idea of giving up alcohol entirely is one you cannot fathom, you may need to go find some BYU students to educate you in the ways of alcohol- and cancer-free entertainment.