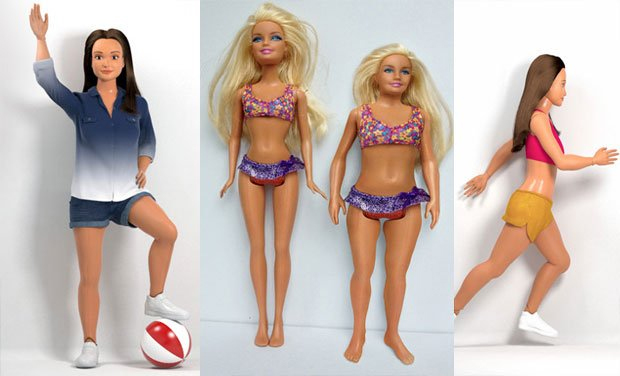 To say I was a tomboy growing up would be an apt description. I played football all through elementary school, I was clueless in how to “dress cute” (and still am to be honest),  I never knew how to curl my hair until college, and I never played with Barbies. She’s boring. She doesn’t move or breathe or even relax. It’s just a posed princess wave and lots of froofy clothes that when I was little, I wouldn’t be caught dead wearing. However, that hasn’t deterred the amazing success of the Barbie dolls all over the United States and the world. Obviously, most girls are not tomboys like me.

For years Barbie has been the most popular high fashion doll on the market and has even won acclaim as the best selling doll ever. This is not without the dismay of some parents and activists who have been voicing their concerns for years over Barbies’ blatantly unrealistic body proportions. If she was made life size, her body distorted in the extreme with a 16 inch waist, 32 inch bust, wouldn’t be able to stand up straight, walk, carry anything and wouldn’t have enough room for an entire liver in her miniscule torso. Although Mattel has stated that Barbie was designed in her proportions based on how easy it would be to dress and undress her and not on the figure of an ideal woman, many of Barbie’s opponents are now citing a new study from Oregon State that describes how young girls who play with Barbies have a limited scope of their potential careers and that Barbie provides subtle distortions in what the ideal body image is for a young woman.

The study looked at girls’ reactions to three different dolls: a Mrs. Potato-Head, set as the control because of her distinctly unsexualized features, a Barbie in heels and a dress and Barbie dressed as a doctor. After playing with the dolls for a set amount of time, the girls were asked about the kind of careers they could picture themselves doing and whether boys could do those careers as well. No matter what clothes Barbie was wearing, the girls that played with her pictured themselves participating in a smaller number of potential careers than boys. While the study acknowledged that toys don’t necessarily change career aspirations or are by no means the only contributing factor to a child choosing a future career, the influence is still there and it is a significant one.

This study is not the only measure for concern about twisted and unrealistic views on body image. The Beauty Redefined Foundation is a non-profit organization dedicated to helping women and girls within and without The Church of Jesus Christ of Latter-day Saints redefine their definitions of what is “beautiful” and “healthy” that can be so easily changed and twisted by movies and television shows, magazines with their nipped and tucked advertisements and pictures, companies sexualizing younger and younger girls by selling them clothing that is overly mature, constant photo manipulation so that realistic body proportions are lost in an idealized, unnatural and frankly unachieveable hourglass figures or thigh gaps.The Beauty Redefined Organization cites examples such as the picture below in showing Kimoralee Simmons, the past owner of Baby Phat with the caption “mother, wife, business mogul, and . . . plastic doll?” All in all, both the Beauty Redefined Foundation and the teachings of the The Church of Jesus Christ remind members and non-members alike that the “for-profit” industries of the world are thriving off of women’s insecurities so they feel the need to constantly fix whatever imagined flaws they have to attain some sort of beauty. Dissatisfaction breeds discontent and a steady revenue flow. But we don’t need to fear. I, nor any other girl, don’t have to be discouraged by a toy. 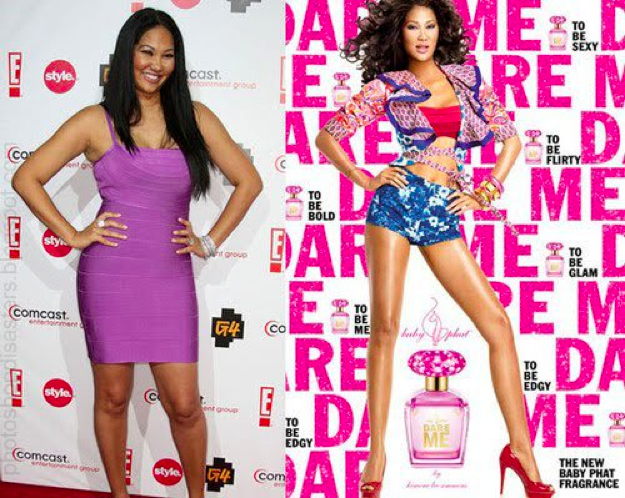 There is hope for a beauty that is truly healthy, successful and attainable because Lammily is soon heading to a store near you. Nickolay Lamm, a Pittsburgh man who has dedicated much of his professional life to looking at the media and the body image for women and girls, decided to create a doll to help celebrate the true, undoctored fact that normal really is beautiful. After doing research at the Center for Disease Control, Lamm used the measurements of a standard, average 19 year old American girl to create an image of a doll to compare against Barbie’s unrealistic expectations. The image went viral and Lamm decided to use that enthusiasm and create a prototype.  Lammily is shorter, broader and has a shorter neck. Her clothes are relatively plain but stylish, she wears minimal makeup and has articulated joints in her ankles, elbows and knees so she can run or play sports and just be active.  Lamm wanted Lammily, whose name comes from the Lamm Family as a tribute from Lamm to his family and especially his young daughters, to help in showing a more realistic beauty stand made from true typical body proportions in promoting a healthy lifestyle. I never have to be intimidated or saddened again when my clothes or my body just don’t seem to measure up. The internet has responded in kind. Lamm’s ideas have been met with approval from vast amounts of people online, as can be seen, as his attempts at crowdfunding the necessary $95,000 to allow him to launch the doll has been exceeded by over 500%.

Lammily is a beautiful example of not allowing the commercialism of the world take away the unique eternal beauty of us as children of our Heavenly Father. We as Latter-day Saints, and especially Latter-day Saint women, do not have to settle for the views of the world telling us that we must look a certain way, weigh a certain amount or wear certain clothes to be worth something. What the world dictates to us as truth is in fact, most often, fabricated and even fictional, so we must remember that we are divine and eternal and worth everything to our Father in Heaven and we cannot allow ourselves to be bought by the influences of the world. For we have been “bought without money and without price,” and are a continual testimony of our Father’s love. You are beautiful because you are His.