Buzz Why Millennials Are Having Less Premarital Sex (And Why We Should Be... 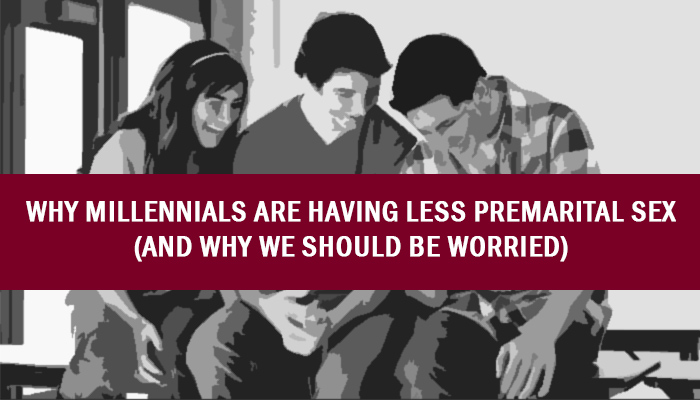 Barely half of U.S. adults are married, the U.S. birth rate is declining, and the fledgling generation is off having buckets of sex with strangers: one of these statements is false (at least somewhat). Millennials — the previously deemed “hook-up generation” — are aided and abetted by a myriad of dating apps (Grindr, Tinder, OKCupid), but this increased social connectivity doesn’t seem to lead to increased physical connectivity.

A study conducted by Jean M. Twenge of San Diego State University found that Millennials were more likely to report having no sexual partners between ages 18-24 (15%) than GenX’ers and Baby Boomers (6%).

This is surprising for a number of reasons:

Although the grand majority of millennials are still having sex, the profound uptick in sexual inactivity is worth examining. Increased female empowerment and a stricter definition of consent are thought to have had an influence, as the shift was most pronounced among women. Some experts even speculate the shift means millennials are seeking out more meaningful relationships.

However, the inactivity may be indicative of something more detrimental than positive. The Washington Post interviewed Noah Patterson — a young web designer — regarding the studies’ findings. Patterson admitted he had no problem with women, “I enjoy their companionship, but it’s not a significant part of life.”

And while one man can’t speak for what is currently America’s largest generation, variations of this attitude can be seen across the country. It’s the attitude responsible for the fact that today only 23% of 18-31 year olds are married and living in their own households; it’s the attitude that turns Patterson to pornography rather than pursuing a real relationship.

Which brings us to another reason Millennials are no longer seeking out relationships — social media.

“It ends up putting a lot of importance on physical appearance, and that, I think, is leaving out a large section of the population,” said Twenge, a psychology professor at San Diego State. Dating apps are “leaving some people with fewer choices and they might be more reluctant to search for partners at all.”

Then there’s the matter of time and money. Suffering from ridiculously high amounts of student loan debt and the perception of limited employment opportunities, Millennials need to dedicate hours to study and work in order to have a career.

Helen Fisher, a biological anthropologist from Rutgers University, told the Washington Post, “It’s a highly motivated, ambitious generation. A lot of them are afraid that they’ll get into something they can’t get out of and they won’t be able to get back to their desk and keep studying.”

In other words Millennials don’t have time, commitment, or desire enough to seek out any sort of relationship — not for the lowest form (the one-night stand) and especially not for the highest, most sacred of relationships: marriage.

As members of The Church of Jesus Christ of Latter-day Saints, we view the family as the backbone of society; we have an entire proclamation dedicated to outlining its importance. LDS Millennials are hardy, but not immune to the inclinations of the society they live in. Living in a generation where social media, ambition, and a casual attitude toward sex are governing forces is no easy feat.

For all you LDS Millennials: How do you manage? 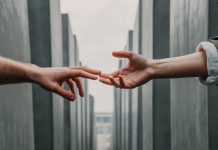 Latter-day Counselor: Why Is It So Hard for Us to Accept Help?