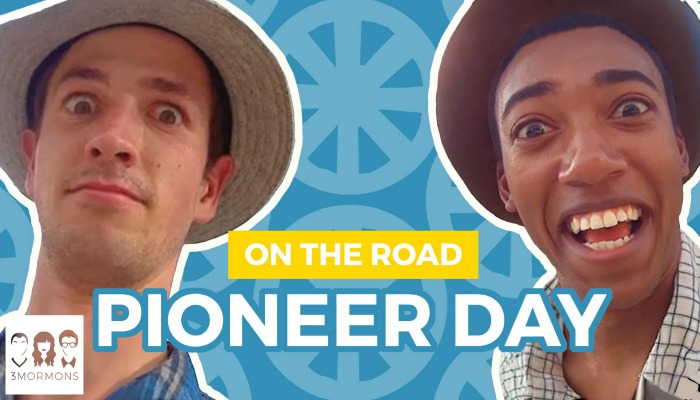 Mormonism is a very interesting faith in that it has become both a faith and a people.

Backstory is everything in this case. Although Mormonism is very young, its history is defined by bitter persecution. The Saints were driven from place to place, even though America offered freedom of religion. They finally chose to escape from the U.S. and headed west to Utah territory. Brigham Young felt that if he could isolate the Saints for 10 years, they would blossom into a solid, faithful group.

The trek west was a huge step into the unknown for the Saints. Having left behind most everything they owned in Nauvoo, Illinois; Winter Quarters, Nebraska; and even Europe, they walked over 1000 miles from the end of the railroad in St. Louis to Salt Lake City.

Extreme weather, disease, lack of good nutrition, and the difficulty of the journey took a huge toll. Six hundred Latter-day Saints died in Winter Quarters. Many died on the trail. Some suffered from frostbite that crippled them for the rest of their lives; others suffered from the heat.

Mormons celebrate the efforts of the early pioneers on July 24th, Pioneer Day, a Utah state holiday. Brigham Young and the first group of Saints to leave Winter Quarters arrived in the Salt Lake Valley on that day. Having already seen the valley in vision, Brigham Young rose from his wagon’s sick bed and proclaimed, “This is the right place.”

Nowadays, to get an inkling of what the Saints went through, youth and LDS leaders engage in pioneer “treks,” pushing handcarts through the wilderness.

Kwaku and Ian seem to think even that exercise is a bit much. They decided to make a “trek” through downtown Provo, Utah, to the BYU campus. In their little wagon, they’ve packed sugar and goodies, and they make a stop for sodas early on. They’ve made a video of this adventure, and it’s pretty funny. Watch it below.