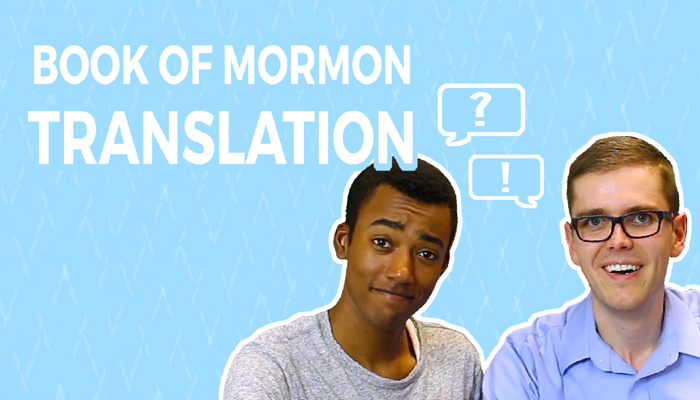 This week on 3 Mormons, special guest Stephen Smoot talks with Ian and Kwaku about the Book of Mormon.

Ian, Kwaku and Stephen first address a question regarding the seer stones. Why was a stone used as an aid in translating the Book of Mormon? The topic is controversial for many reasons.

First, artwork has depicted Joseph Smith as translating the Book of Mormon without the use of stones. However, artwork isn’t always historically accurate.

Second, the idea of using seer stones is very strange to people today. The process of translation took place in an era that fully accepted and embraced the possibility of God using tools on the earth in order to accomplish His work. Using seer stones would not have been strange in the 1800s. Kwaku makes a joke that in the future, we’ll look back to the current era and wonder why we did things, including getting implants to look like Kylie Jenner and Kim Kardashian.

Stephen says that in the history of the world, there have been many occasions when prophets used instruments to accomplish God’s work. Moses used a staff, the Israelites used the arc of the covenant, and in the New Testament, Jesus performs miracles by spitting in clay to cure people.

Stephen reads a scripture in the Book of Mormon which talks about Gazelem. What is Gazelem, a servant or a stone?

Joseph Smith could certainly say that the work was accomplished by the gift and power of God. God has prepared means in order for people on the earth to accomplish His work.