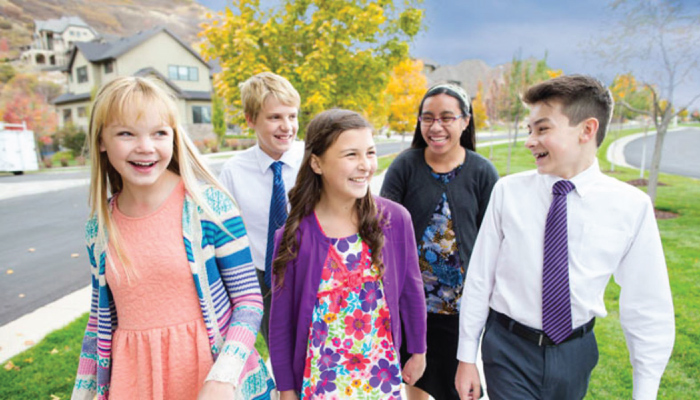 Full disclosure here: I’m a lawyer, and I have threatened to sue a bishop over his communications with a young lady. I also, for the record, have threatened to knock one out. And I still feel pretty good about both of those decisions.   That said, I do not believe that we have such a crisis of moral authority among or bishops and stake presidents that they should not be able to ask a young man or woman, “Do you live the law of chastity?”

Youth interviews are something that the Church does that is different from other churches and may be difficult to understand by people not raised in spiritual environments where accountability and worthiness are not just talked about, but talked about face-to-face. And while some may protest the practice entirely, I think that the Church is doing its best to address legitimate concerns while maintaining a key aspect of our faith: The worthiness interview.

Some quick thoughts for which I am likely to suffer the pains of internet bad-mouthing:

Interviews are about accountability, counseling, and shepherding, not talking dirty to kids.

Unlike many other churches, The Church of Jesus Christ of Latter-day Saints is heavy on accountability. We believe that making and keeping sacred covenants is essential to our spiritual progress and to our ultimate goal of returning to live with our Father in Heaven.

Because of that, “worthiness” is an important concept for us. There are certain things we do in the Church (taking the Sacrament, attending the temple) that should only be done upon meeting minimal levels of worthiness. One component of our worthiness is living the law of chastity.

In order to be held accountable, once children reach the age of 12 (when young men typically receive the priesthood), during their interviews with the bishop, they are asked if they keep the law of chastity. This not only helps to determine worthiness, but it also helps to identify youth who may need particular spiritual help.

Getting rid of the chastity question would be a step towards to giving up on making sexual purity a priority for our youth. I’m not okay with that, especially in a time when our youth are assailed by a world that does not even give lip service to virtue. I think that the general attitudes of society towards sex pose at least as significant a threat to our youth as a few rogue bishops.

We need to teach what chastity means and why we care about it, and then we need to use appropriate means for the youth to say whether they are living in accordance with the Church’s teachings. Youth interviews (and temple interviews for adults) are geared towards that goal. They aren’t some flimsy excuse for old men to talk about sex with kids.

The Church recently has given youth the option to have a parent or other adult attend their interviews with the bishop, which I think is a terrific idea. I guess some folks would prefer that such be mandatory, but for youth in the Church the bishop is usually a trusted advisor they can go to if there is an issue that concerns them.

Take, for example, the situation of child abuse. It is not uncommon for a young person to reach out to an ecclesiastical leader to seek help. Mandating that someone else be present could be a real deterrent to victimized kids speaking up. The interview needs to be a “safe space” both in terms of avoiding intrusive questions and also for the purpose of being able to seek confidential help. There is a lot of good that can come from a personal interview, and I think the Church is making a fair effort to balance the concerns on all sides.

Yes, some bishops are creepy, and a few might be dangerous. So parents need to be vigilant.

I would hope that everyone understands that we are dealing with imperfect people and that sometimes folks in trusted positions in the Church can be dangerous predators or just boneheads who don’t know where the line is until they’ve crossed it. I’ve known some of each, rare as they are. (Editor’s note: For friends of other faiths who might be reading this, LDS bishops are called to ecclesiastical service from the neighborhood and continue in their regular jobs, too. So your LDS neighbor Joe the plumber might also become your bishop with a calling that lasts about 5 years.)

Preventing misconduct by our ecclesiastical leaders and rooting out those who endanger our youth is absolutely something the Church needs to do. But no system is going to be perfect, so parents need to be actively involved with their kids’ lives, teach them what is acceptable behavior, empower them to say “no,” and act quickly and firmly if a leader does something that sets off what one of my bishops referred to as the “Dad Alert.”

I recently was approached by a father in the Church who, based on discussions with his daughter, was uncomfortable with how the bishop was interviewing her. Nothing blatant had happened, but the bishop was giving off some high-intensity “creeper” vibes, and the daughter did not want to be alone with him.

The father asked me what he should do. I told him to tell the bishop that he was not allowed to interview his minor child unless he or his wife were present. He asked what to do if the bishop didn’t follow that advice. “Well, pulling an unwilling kid into a room and shutting the door is kidnapping, so call 9-1-1 and give a big friendly wave as he drives away in the back of a police cruiser.”

Sustaining priesthood leaders does not include allowing them to put kids in jeopardy. Parents need to use common sense in protecting their children. And if something happens, you don’t report it through “Priesthood channels” first. Report it to law enforcement. You can deal with Church stuff later.

That said, most bishops are good people. 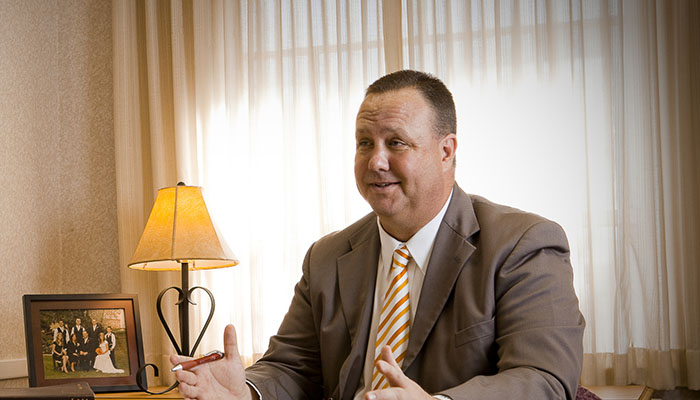 Acknowledging that there are some leaders in the Church who abuse their positions is not a general indictment of priesthood leadership. Every bishop I have had has, to my knowledge, been a good man. They have been loving, trustworthy, inspiring people for whom I have had great respect. They have helped me to be a better person.

As the Church continues to develop training for its ecclesiastical leaders about how to conduct youth interviews, I think we can have more confidence that such interviews will be conducted properly and respectfully. I do not believe there is some kind of crisis in the Church when it comes to youth interviews. Instead, I think that social media has had its typical amplifying effect of making every bad incident seem like the norm.

Crossing the line with any kid is unacceptable and needs to be addressed with swift and certain action. The Church must have zero tolerance for misconduct by its leaders. But to suggest that the youth of the Church are in jeopardy and can only be rescued by angry people with bullhorns is, to me, too much. We can fumigate for the few rodents we might have without tearing down the Tabernacle.