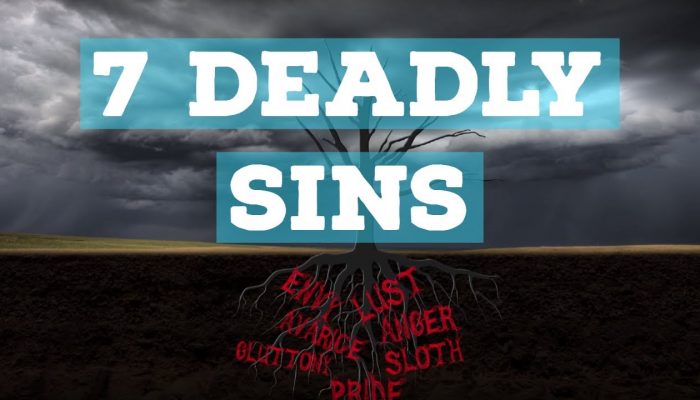 First and foremost, I want to start by saying I am fully in support of following the teachings of the Prophet and his Apostles. I have a testimony that these men are called of God and that they truly are seers and revelators. I understand the importance of following their teachings, no matter if we agree with them or not. However, I do hope this article helps diminish some of the judgment that comes along with the obedience of these 7 non-core doctrines aka “7 Deadly Sins.” 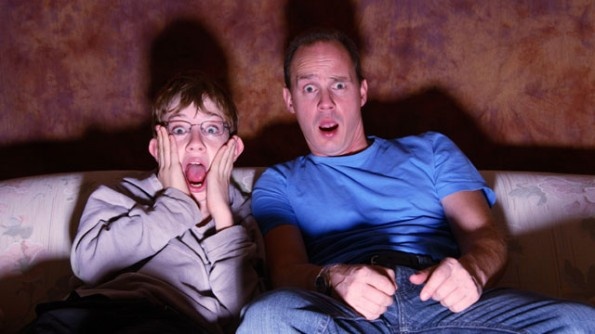 Interestingly enough, only ONE of the past prophets has specifically talked about watching R-rated movies in general conference. Ezra Taft Benson spoke about this topic once in the April 1986 Priesthood session (To the “Youth of the Noble Birthright”) and once in the October 1986 General Women’s Session (To the Young Women of the Church).

President Benson taught the youth to “not to pollute [their] minds with such degrading matter, for the mind through which this filth passes is never the same afterward. Don’t see R-rated movies or vulgar videos or participate in any entertainment that is immoral, suggestive, or pornographic.”

While it is important to keep your thoughts and mind clean, watching a rated-R movie will not determine your salvation.

Related: Rated R Movies and The Rating System That Created Them

Imagine this—You are scrolling through Pinterest and find a recipe you want to try out. You click on the recipe and your heart sinks. After looking through the ingredients you find that the recipe requires you to cook with alcohol.

Members of The Church of Jesus Christ of Latter-day Saints obey a strict health code called the Word of Wisdom. The Word of Wisdom prohibits drinking wine and strong drinks. Some members believe that means we should avoid consuming alcohol, even in food. This idea was somewhat confirmed in March 1973 when Church News wrote, “Many recipes call for the use of wines or liquors. Even if the alcohol is evaporated through the cooking process, the taste for alcohol is cultivated by those who learn to enjoy the product.”

However, President David O. McKay challenged this idea. Once he was served a piece of rum cake at a reception and happily ate it. One guest approached him and asked, “But President McKay, don’t you know that is rum cake?” President McKay smiled and reminded the guest that the Word of Wisdom forbade drinking alcohol, not eating it.

It appears that the interpretation of this rule may be up to the member, rather than a blatant sin.

If you do find a recipe that calls for alcohol, here is a list of alcohol substitutions.

In a 1973 fireside, President Spencer W. Kimball taught, “The husband is expected to support his family and only in an emergency should a wife secure outside employment. Her place is in the home, to build the home into a heaven of delight. Numerous divorces can be traced directly to the day when the wife left the home and went out into the world into employment.”

It has been over 40 years since President Kimball gave that fireside, yet we continue to treat his words as doctrine. Women who work are not sinners. In fact, many women of the current Relief Society Board have been wives and mothers with impressive resumes. Before becoming a director in the Publishing Services Department of the Church, Sister Browning previously worked at Morgan Stanley, a global investment bank. Sister Draper earned a master’s degree from Fordham University and currently works for LDS Family Services. Sister Mullen serves on the Relief Society board but continues to teach at Brigham Young University.

Women who decide to work should not be chastised for that decision. We should follow the counsel of Elder Ballard when he said, “There is no one perfect way to be a good mother. Each situation is unique. Each mother has different challenges, different skills and abilities, and certainly different children. The choice is different and unique for each mother and each family. What matters is that a mother loves her children deeply and, in keeping with the devotion she has for God and her husband, prioritizes them above all else.”

Related: For the Sake of Working Moms, Please Stop Judging

For some reason, members of The Church of Jesus Christ of Latter-day Saints have something against facial hair. Missionaries, bishops, temple workers, and Brigham Young University (BYU) students are some of the many members who are required to have a clean-shaven face. George Albert Smith was the last prophet to sport a beard in 1951, and since then, beards have become taboo.

“In the minds of most people at this time, the beard and long hair are associated with protest, revolution, and rebellion against authority. They are also symbols of the hippie and drug culture. . .  . In addition, unkemptness–which is often (though not always) associated with beards and long hair—is a mark of indifference toward the best in life.”

While a clean-shaven face is standard at BYU, it is not that way around the world in the Church. In fact, the Church’s handbook has no specific guidelines regarding beards or facial hair. We must keep in mind that this is a global church. In different places around the world, facial hair holds different meanings and significances. This is why the Church has left it up to local church leaders to decide grooming standards for temple attendance, leadership, and temple workers. 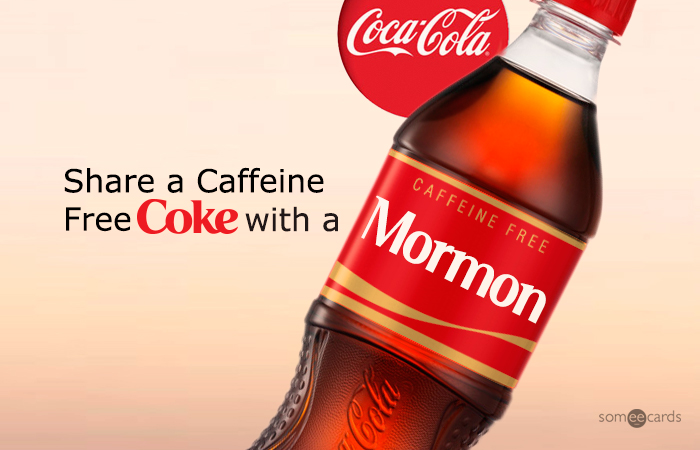 Back in 1833, the Prophet Joseph Smith received the Word of Wisdom, a health code, which forbade the consumption of hot drinks, alcohol, and tobacco. Over the years, the meaning of hot drinks has been defined as tea and coffee.

Now if we compare tea and coffee to find their similarities, people and even science have assumed that caffeine is the common denominator. Many members took it a step further and chose to stay away from any caffeinated beverages, including soda. This “sin” was perpetuated when President Hinckley momentarily confirmed while being interviewed on a 60 Minutes episode that members do not drink caffeinated soft drinks. This practice of avoidance was even implemented on BYU’s campus. Caffeinated soda was not sold on campus until 2017.

Back in 2012, the Church released an official statement stating that caffeinated soft drinks were, in fact, okay for members to drink. At the October 2016 General Conference, Elder Uchtdorf shamelessly admitted to members worldwide that learning to use a computer took “lots of reassurance from my wife; and many liters of a diet soda that shall remain nameless.”

However, even after the clarification from the Church, members seem to avoid highly caffeinated drinks, such as energy drinks. So stop worrying! You don’t need to talk to your Bishop after drinking a Diet Coke to take the edge off.

6. Not Going on a Mission 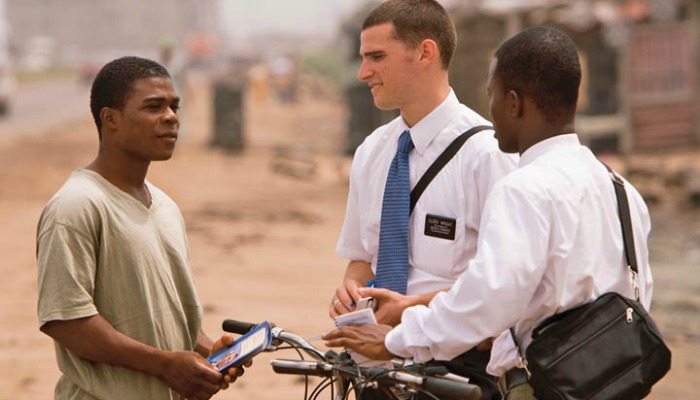 Going on a mission is not a saving ordinance. Many young adults do not go on missions for a variety of reasons. Many young adults return home early from missions for a variety of reasons. People who didn’t go on a mission are not second class members. They do not deserve to be branded as such. Although the Prophets have counseled to serve, and many people have seen big blessings in their lives from serving, the Lord does not look at those who do not serve any differently.

No, of course, that is not the case. Having questions or struggling to accept certain doctrines does not make you faithless. In fact, we are encouraged to pray for ourselves to know whether what a Prophet says is true or not.

Elder Neil L. Andersen instructed, “When faced with a trial of faith—whatever you do, don’t step away from the Church!” When we have questions, we should take that opportunity to become closer to the Lord and ask Him to help us with our questions. I would argue that turning to the Lord to help you with your questions and doubts can, in turn, increase your testimony.

Obviously following the Prophet’s counsel helps to create an environment for yourself where the Spirit can dwell and can strongly influence you and your actions. However, while we strive to be perfect it is important to remember that no one (except Jesus Christ) is perfect. We are God’s children making our own separate, imperfect, and unique journeys through mortality. But! At the core of the gospel of Jesus Christ is love. Jesus loved all, no matter their struggles and sins. As we are trying to be more like Him, maybe we should adopt this principle first and foremost.