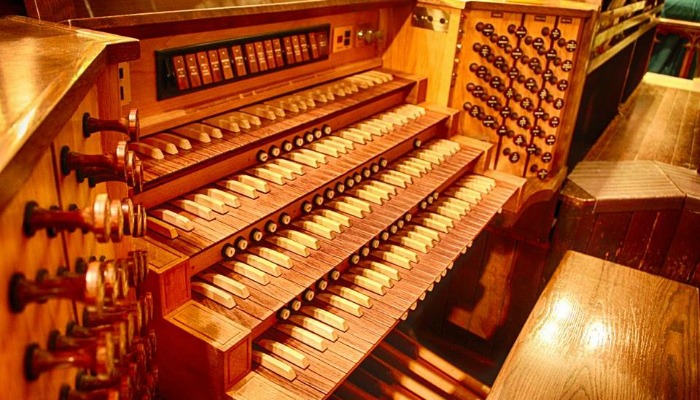 We love our hymns, but there are plenty of spiritual songs that haven’t made the cut yet and aren’t in the book. Here are 7 hymns we think would fit into the next edition of the LDS hymnal.

We had to get this one out of the way first. An ’emeritus’ LDS hymn, Come Thou Fount has quite a following. If we put it back in, people may not even realize it was ever gone.

It’s a bit of a tricky tune, but no harder than some of the others in the hymnbook. The lyrics get better as the verses progress, so Consider the Lilies would be perfect for an intermediate hymn during a short-ish sacrament meeting.

Will the Circle Be Unbroken

This one’s a little obscure, but for much of mainstream Christianity, this song is a bluegrass and country staple. Performed as a hymn, however, this song could fill a much-needed niche as another LDS funeral musical option. We can only sing “God Be With You Til We Meet Again” so many times.

Here’s another one that gets a lot of votes for new LDS hymn. There’s nothing more mainstream Christian than “Amazing Grace,” but that doesn’t mean it’s not a potent spiritual force. And it was performed at President Hinckley’s funeral, so it’s not like it doesn’t belong in the most solemn settings.

All Things Bright and Beautiful

Too similar to “Consider the Lilies?” Maybe. Un-spiritual and inappropriate for a sacrament meeting? Definitely not. This variant of “All Creatures of our God and King” has become a fan favorite as performed at General Conferences. It’s tricky, but our congregations can handle it.

Yeah, we had to put a Christmas hymn in here. “O Come O Come Emmanuel” is a little eerie, but its deep, meaningful content makes it definitely worth a slot on our list.

Down to the River to Pray

And closing out our list, straight from the “O Brother Where Art Thou” soundtrack is this classic Christian spiritual. The song is a little repetitive, but the growing, repeated reverence and inclusiveness gives it a depth and gravitas worthy of an LDS hymn.

Did we miss any? Let us know in the comments!