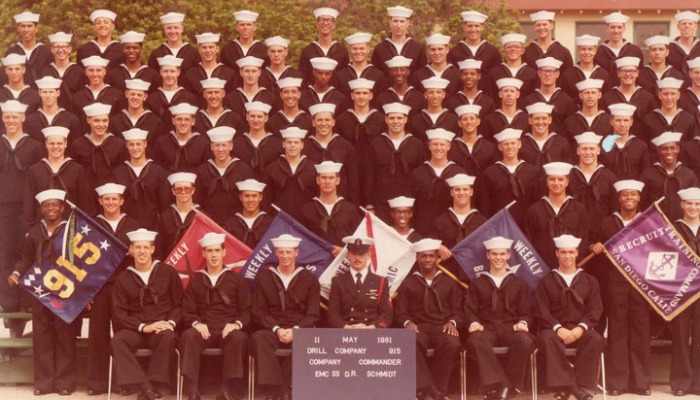 My name is Keith Lionel Brown. I am 59 years old and I am a 30-year honors retired United States Navy Veteran. I am also a member of The Church of Jesus Christ of Latter-day Saints. So, that makes me what most people would call…a Mormon. To be more specific, I am a Black Mormon. I was baptized a member of the Church on Tuesday evening, 10 March 1998, in Reykjavik, Iceland, while serving on active duty in Keflavik, Iceland.

My heritage is predominantly Methodist and Lutheran, but I was born and raised as a Baptist. At one time, I attended a Baptist Bible college where I was preparing to become a Baptist minister. However, as it turns out, God had other plans for my life. 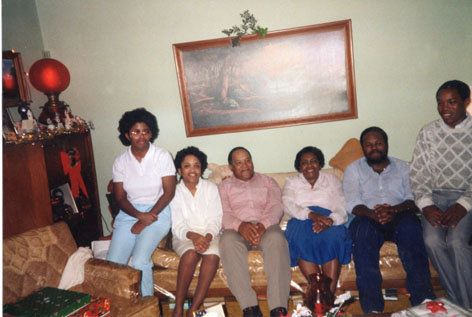 The fact that I am Black, and a Mormon, should not be a major issue, however, there have been a few instances when some family members and friends have asked why I decided to become a member of the Mormon Church. They don’t understand why a Black person such as myself would even want to be associated with a church that some people deem to be prejudice and racist. I have even been subjected to some cruel and unkind remarks on my social media pages.

The reason some people feel that The Church of Jesus Christ of Latter-day Saints — the Savior’s re-established Church on earth in our day — is prejudice and racist is because for a period of 130 years in Church history, from 1848 until June 1978, men of African descent were not allowed to hold the Priesthood. This was not an issue for me at the time that I became a member, and to be honest, I never really gave the matter much thought until I was asked several years ago by the Stake Presidency to give a fireside on the 1978 Priesthood Revelation.

In researching and preparing for the fireside, I learned that most people do not realize that not being able to hold the priesthood dealt more with the lineage of a person than their skin color.

From my research, I learned that if it could be proven that a white male had any African lineage at that time, he would have also been denied the Priesthood. Another important fact that is often overlooked is that even though Black males could not hold the Priesthood for a time, the number of Black members, male and female, continued to increase.

They believed, although the Church never gave an official reasoning for the Priesthood restriction, that the Church was true, and in the Lord’s due time, those who were being denied the Priesthood would one day be able to enjoy the full blessings thereof. That blessed day came in June 1978 when the prophet of the Church, Spencer W. Kimball, in the company of his apostles, received revelation from the Lord that all worthy males, regardless of race, could receive the priesthood.

But Why the Mormon Church? 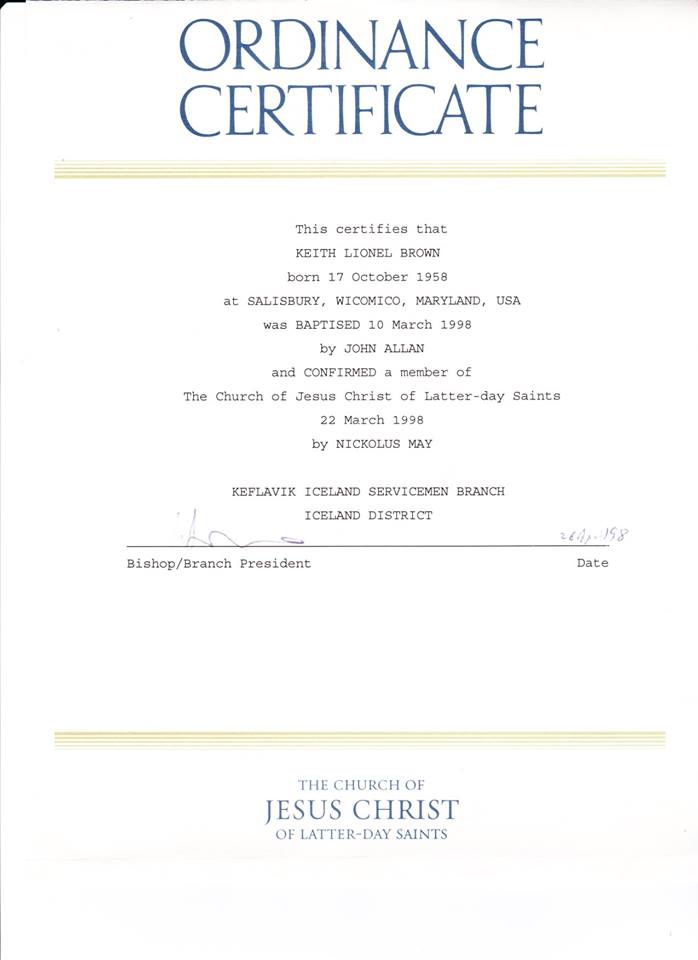 And so, of all the churches that I could have become a member of, why did I choose to become a member of The Church of Jesus Christ of Latter-day Saints? The long and short of it all is that while I was a member of the Baptist Church, even though I was in leadership positions and was studying and teaching the Gospel, and learning new and exciting things, I always felt that there were pieces of the overall puzzle that were missing.

Like Enos in the Book of Mormon, “my soul hungered” and I yearned to find those missing pieces. Within my heart of hearts, I felt that there was so much more about the Gospel of Jesus Christ and the eternities that I needed to know about. I had questions that I knew the Baptist Church could not answer for me — questions like “Where did I come from?” “Why am I here?” and “Where am I going?” and so many others.

When I started investigating the Church and the missionaries introduced me to the Book of Mormon, I will admit that at first, I was a little skeptical that there could be more scripture than what was contained in the Bible. In my mind I was torn and partly declaring, “A Bible! A Bible! We have got a Bible, and there cannot be any more Bible” (2 Nephi 29:3), but at the same time, I could not refute the possibility of there being more to God’s Word than just the Bible.

I had read the Bible in its entirety six times at that point, yet there was something different about this Book, and within me, I knew that I had to find out what was contained in its pages. The more I read, the more I came to realize that the Book of Mormon is not a volume of scripture to replace the Bible, but that it indeed complements the Bible perfectly and helps to enhance the knowledge of the scriptures that I already have. The Book of Mormon is exactly as its title claims it to be — Another Testament of Jesus Christ.

I had told the missionaries that I would not decide about being baptized until after I had read the entire Book of Mormon and had earnestly prayed about it. I did just that and received confirmation that The Church of Jesus Christ of Latter-day Saints was the church that I should join as it is here that I would obtain knowledge of the fullness of the Gospel and find answers to the questions that I had been wondering about.

That was a little over 20 years ago. Since becoming a member of the Church, I can attest that the Church is not prejudiced or racist. Since the first time that I walked through the doors, I have felt nothing less than a welcoming spirit and an atmosphere of acceptance. I have been blessed to serve in several areas of leadership and to participate in many activities in the Church without the least degree of concern regarding my race.

There is absolutely no one who judges me because of the color of my skin, nor am I ever denied any privileges of the Gospel because I am a Black Mormon. I have in the past and continue to this day to enjoy the full fruits membership in the Church.

There may be some differences between myself and some of the other members because of heritage, culture, and background, but in the grand reality of things, we are all children of our Heavenly Father, working towards the same goal of one day returning to live in His presence for all eternity.

Therefore, we may be different in some respects, but we don’t allow those differences to separate us. We are all members of the same Royal family. We all strive to follow the admonition of the Lord when He taught us, “ I say unto you, be one; and if ye are not one ye are not mine” (Doctrine and Covenants 38:27).