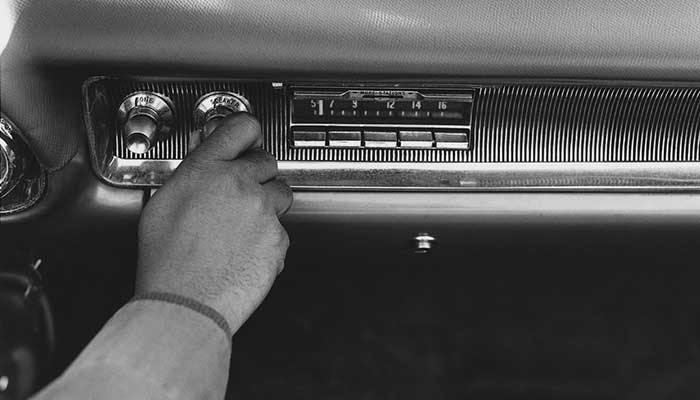 My internet is out. It’s been out for more than two weeks, and according to my ISP, I’ve got at least one more week to go. This has proven extra problematic for me since I use the internet for TV, radio, news, my weekly menu, and work. And probably a few other things I can’t think of. But I decided to take advantage of this break. In the gospel we are often looking for more opportunities for quiet. Take for example this story from the life of Elijah. Elijah, a prophet of the Lord, was brought before priests of Baal to prove the strength of the Lord. The priests tried to show off the strength of their false god and failed. Then Elijah doused the wood before him in water, and called on the true God to set the wood afire. The ensuing miracle came so strong and bright that the gawking priests burned in the strength of the fire. Elijah had shown the strength of the Lord. But Jezebel was not impressed and put a bounty on Elijah’s head for killing the priests. Elijah ran into the mountain, on the advice of the Lord, and waited. If anyone could expect a big showy display from God it was probably Elijah. Elijah waited to hear the voice of God again. A great wind came by, but God was not in the wind. Then a great earthquake came. Again this wasn’t God. And then came a fire. Surely God who came to Moses in a burning bush, and showed his power to the priests of Baal in a huge pillar of fire would be heard in this fire. But again Elijah could not hear God in the fire. Elijah continued to listen for God, and then in a still small voice, Elijah heard God.

As a member of The Church of Jesus Christ of Latter-day Saints, sometimes called a Mormon, I felt like simply being quiet and listening could be good for me. But then I actually had to be quiet, and I didn’t like what I heard. My mind refused to simply turn itself off. First it turned to the mundane. What am I going to make for dinner tonight? How am I going to get the hours I need at work? Did I forget a load of laundry in the washer? But slowly my mind began to turn in on itself. It began with worries, and self-doubts, and moved onto grudges, and people I couldn’t forgive. I began reliving sins and finding myself unworthy. When I shut the outside noise off, I had to live with myself, and I realized I didn’t really like him.

This isn’t totally novel, of course. I’ve always had a general urge for self-improvement, but when faced with the stark reality that hanging out with me wasn’t so easy, it required me to start making some hard choices. I went back to those old injuries and began writing letters to try and make sense and move past. I found the time and peace to repent for those sins that still lingered in my mind, and I faced the stark reality of needing to forgive myself for those things that were long since forgiven.

What I learned is that all the distractions in our lives keep us from hearing more than just the Spirit. When we are constantly surrounded by noise—and I’m not talking about the metaphorical noise of busyness, and rush, I’m talking about the literal actual noise of going from a meeting, to a phone call, to the radio, to a TV show—when we never have silence, we can’t ever hear ourselves. When I finally took a moment to be honest with myself, I realized there was a reason I never wanted to be in the quiet, I was scared of what I would hear. When I was finally forced to brave the silence, and listen to my inner thoughts, it gave me the motivation I needed to start making some small changes.

Don’t get me wrong, having the internet shut off for a couple weeks hasn’t changed everything, but it has changed me, in a real way. So be brave and spend some time in the silence. I hope you like what you hear.