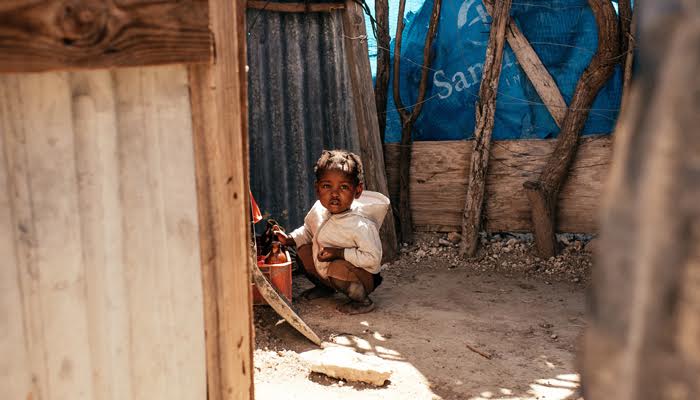 Menlo F. Smith, the founder of a non-profit organization called Mentors International, once said, “It’s very important that you don’t let the people you try to help become tragedies of your compassion.” The first time I read this quote, I honestly thought to myself “What on earth does he mean by “tragedies of compassion”?

It wasn’t until after I watched a documentary called Poverty, Inc., that I better understood what our friend Menlo was talking about.

Here’s the main gist of the film: The current system in which foreign humanitarian aid functions is broken. And it is within that system, in which we act upon our compassion, that we are making tragedies out of the poor. Now, you and I both know that there are good people out there in the world doing their best to make a difference. A desire to give to those in need is part of our nature.

However, understanding how to do that effectively may not come quite so easy. In Poverty, Inc., Michael Fairbanks of Harvard University says “Having a heart for the poor isn’t hard, we all have that. But having a mind for the poor, that’s the challenge.”

As unfortunate as it is, he’s right. Many well-intentioned, yet sadly misdirected people are leading many charity organizations, NGOs, government aid programs and even social entrepreneurs to do more harm than good.

I know, I know. You’re still thinking, “How in the heck is it possible that compassion and humanitarian efforts could be harmful?” Let’s look at an example that may shed some light on this concept.

For many years, government agencies and charity organizations have attempted (and are still attempting) to solve poverty through donations and foreign aid.

Such was the “solution” to the Haiti earthquake in 2010. Following the disaster, almost the entire world rushed to Haiti’s aid, with donations, services and food to help those affected by the crisis, which is exactly how we should have reacted. However, as Poverty, Inc. reveals, this solution came with devastating results when foreign aid overstayed its welcome.

Years after the earthquake, the food graciously continued to flow into the country… for free. Farmers could no longer sell their products because, just as entrepreneur and native Hatian Alex Georges says, “it’s hard to compete with free.”

The earthquake may have hurt Haiti’s economy, but foreign aid slowly sucked the life out of it. And the same thing is still happening around the world, replacing the market, jobs, and products with free handouts from other countries.

Not only has this response ruined economies, but it has also completely altered the way of life in these countries. Within the current system of foreign aid, previously independent, self-reliant people become dependent and even expectant upon the free handouts and donations to feed their families.

Soon enough, a temporary need for help transforms into an entire generation with a mentality of dependence. Yet, the continuation of paternalistic and patronizing views held by the first world countries sending the aid is just as, if not more, detrimental.

These two components create quite the vicious cycle, a cycle that leaves in its wake a shattered market and a system of perpetuated poverty. This is exactly what Menlo F. Smith asserts when he pleads for us not to “let the people you try to help become tragedies of your compassion.”

I’ve had a long standing tradition of giving money to every homeless person I see. I typically carry cash around just in case there is someone I run into throughout the day. But my time in Peru as an intern for the LDS Self Reliance Services and as an intern at Mentors International taught me more about the value of self-reliance. Then, after watching and re-watching (and re-watching again) Poverty, Inc., I really began to question myself.

Again, I don’t want this to be taken the wrong way. Compassion moves us to change, it motivates us to love. Compassion and an innate desire to help others will forever be at the heart of the good that is left in the world.

But it is not compassion I question. Rather my reasons for being compassionate. Did I see that person as an equal, someone with as much talent, skill, intelligence, and potential as I? Or did look down at them with pity? Was I giving him/her money to empower them? Or just to make myself feel like a good person?

My initial reaction to this candid self-evaluation was indignant denial of any implications of selfish motives or pride. However, I felt it in the pit of my stomach that, as much as I wanted to cover it up with excuses of good intentions, the answers to those questions were not in my favor.

Is it unpleasant to come full circle in realizing that truth? Most definitely. Do I sometimes hate the fact that trying to do good with good intentions just isn’t enough? Absolutely. But it’s time to put our big boy/girl pants on and deal with the truth: we can’t just want to do good, we have to do good right.

I know… it seems daunting. We’ve got this never-ending to-do list of things that need to happen in order for anything to ever change, and sometimes those things seem downright impossible. But I believe that the key to liberating ourselves from this system, or at least the first step, is this: we must see each other as equals.

Maybe you’ve already realized this and you’re wondering why I’ve been “beating a dead horse” for the past few paragraphs. Well, let me ask you this… has anything really changed?

Because to me, it still feels like the world is continuing to ignorantly function within the exact same bubble. If we want to change the world, if we truly want to eradicate poverty, something must change within each of us.

We must decide right now to change our ideology that the poor are helpless. They are not tragedies.

Can you imagine what would happen if the world’s efforts in ending poverty shifted from foreign aid and donations to opportunity in trade and commerce, education and basic human rights? Just as Herman Chinery-Hesse, as a native African and prosperous entrepreneur, says, “What Africa needs is not aid. We need a door in.”

Why on earth should they be excluded from the processes of prosperity? I mean, these are our fellow human beings we are talking about!

In light of this plight, I wanted to introduce you to a few of my favorite people who are breaking the mold and changing the face of humanitarian aid with their organizations. By creating their own systems that delve further into the root of poverty that free handouts, they are working to help those who are impoverished rise against the odds.

(Side note: All of them happen to be LDS.)

Mentors’ has proven time and time again that “the poor gain the ability to work their way out of poverty one step at a time.”

With an understanding that group and one-on-one mentoring is crucial to the effectiveness of a micro loan, their entrepreneurs are able to successfully end their own poverty through self-reliance. Led by Mark Peterson, Mentor’s International is changing lives in five different countries with a hand up, not a handout.

As a passionate advocate for change surrounding the issue of feminine hygiene, Celeste Mergens, the founder of Days for Girls, has brought it to a long-overdue international spotlight.

Her organization works to a provide a better understanding of feminine hygiene. By doing so, Days for Girls believes that “women, and girls discover their potential and self-value, are equal participants and agents of social change and are given opportunities to thrive, grow and contribute to their community’s betterment.”

Learn more about and donate to Days for Girls.

On the home page of Operation Underground Railroad’s website, their mission is in large bold lettering, “WE EXIST TO RESCUE CHILDREN FROM SEX TRAFFICKING.”

If the founder, Tim Ballard, is anything, he is a warrior in the fight against this worldwide plague. With a background as a Special Agent for the Department of Homeland Security, he and his team have been to end the horrors of sex trafficking since December of 2013.

Find out more about and donate to Operation Underground Railroad.

This foundation has functioned for almost five years alongside the thriving company of doTERRA and has impacted the lives of many around the world.

Headed by Rob Young, they work in partnership with the other amazing organizations above and initiate their own projects. Their outreach has many different faces, but their ultimate purpose is to “empower impoverished communities with the tools needed to become self-reliant.”

“We believe in people and their potential—together” says forPEACE’s website. That is this organization’s core, and they work with several different organizations to accomplish such a purpose.

One organization forPEACE works with is called Tabitha, whose primary project is building houses for families in Cambodia by building their self-reliance through micro-savings.  As families and communities are taught how to save their money, they graduate from the program with a newly built house and a secure financial livelihood.

Learn more about and donate to forPEACE and Tabitha.

What Can You Do?

With these examples, do you see what we should be striving for? I am by no means implying that these people or organizations are perfect. But, if anything, they have proven the following with their work: When given the opportunity, the poor have the internal capacity to overcome and eradicate poverty themselves.

And that should be our role in helping them end poverty, providing opportunity by inviting them to be partners and associates through global trade, business, education and advocating for their God-given rights.

As we accept and act upon that role, we must ask ourselves these vital questions from Michael Fairbanks, “Can we treat them as equals, as partners, as colleagues?

Can we allow them to put the locust of responsibility for their future on themselves, and then be willing to be guided by their vision?” We have a long path ahead of us to break out of the current system, but the first step to change is a personal and collective change of mind and heart.

Once this happens, and once we all have a foot into the world of entrepreneurship and commerce, we will “watch the magic happen,” as Magatte Wade, founder Tiossan and native Senegalese, says. And with infectious confidence, she adds,

“And when it does, it’s going to be beautiful.”