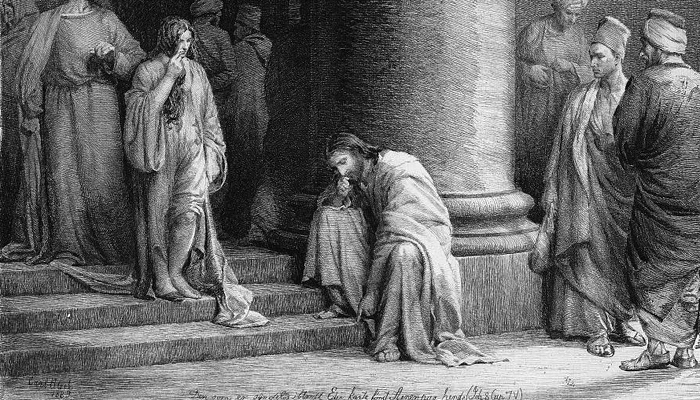 Mormons love their comparisons, metaphors and analogies, and some of them are really good. Hugh B. Brown’s Currant Bush, the classic Bicycle comparison to the Atonement, and any of President Uchtdorf’s Airplane connections. These are beautiful, hard-to-misinterpret figures of speech.

If you slide all the way down the figurative language ladder, though, you’ll eventually hit the bottom rungs: chastity metaphors. These comparisons aren’t canonized or approved by Church leaders, but they still stick around like fruit flies. They’re hard to swat away and while they seem relatively harmless, they indicate something is rotting nearby.

Talking to the youth of the Church about chastity and sexual virtue is uncomfortable and difficult. That said, we can surely do better than these easily-misconstrued or wildly inaccurate comparisons. 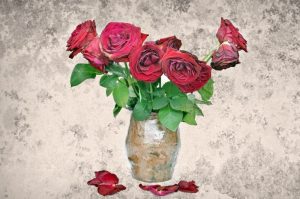 This one seems harmless enough on the surface. People are getting compared to flowers—how bad could it be?

Pretty bad, as it happens. The implication that everyone has an expiration date, that after a certain biological time period someone loses their worth? Subtly insinuating that after someone has “wilted,” they don’t smell as nice and are fit for the trash can? That can be toxic to a suffering spirit.

The Shattered Piece of China

China is beautiful. Feeling “shattered” is an acceptable emotion. What’s so bad with this one?

Well, for one, it diminishes the Atonement. We know that through the Savior’s sacrifice, we can be made whole. Not super-glued back together, made whole. For another, it implies that an individual’s worth is exclusively tied to their chastity. While the Savior invites all to repent, He saw enough worth in us, as broken as we are, to commit to the Atonement. “Shattered” or not, we’re precious to Him. 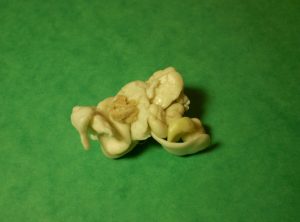 This one was shut down pretty comprehensively by Elizabeth Smart a few years ago. She speaks with more emotional and experiential authority and makes a razor-sharp point; that nobody is ever truly “chewed-up.”

“I remember in school one time I had a teacher who was talking about abstinence and she said, ‘Imagine you’re a stick of gum and when you engage in sex, that’s like being chewed. And then if you do that lots of times, you’re going to be become an old piece of gum and who’s going to want you after that.’

“I was raised in a very religious household one that taught that sex was something special that only happened between a husband and a wife who loved each other, and that’s the way I had been raised and that’s what I had been determined to follow that when I got married then and only then would I engage in sex and so for that first rape I felt crushed, I felt so dirty and so filthy I understand so easily why someone wouldn’t run because of that alone.” 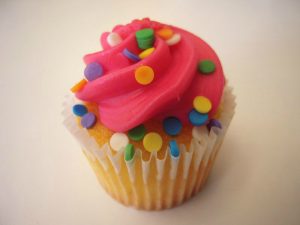 Similarly to the chewed gum analogy, the “licked cupcake” operates on a flawed premise: that an individual’s worth is determined by their value as an object. Young men and young women are not just saving themselves so they can be unwrapped and eaten later. Intimate relationships are not a consumer-cupcake relationship, they are a connection between two equals. Characterizing someone as any type of food, let alone a soiled pastry, is demeaning.

The Fence with Nails 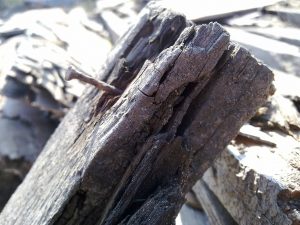 In this comparison, the teacher presents chastity (or any repentance-centered theme) as a stretch of wooden fence. When the law of chastity is broken or any commandment is abandoned, a nail is hammered into the fence.

This analogy concludes that even when the nail is removed, a hole remains in the wooden plank.

This is meant as a deterrent for a sin-first, repent-soon approach to life. That said, it’s objectively more important to have faith in the power of repentance than to have fear in the consequences of sin. Additionally, sins will eventually be erased through the grace of Jesus Christ. Hebrews 8:12 says that not even the Lord will “remember” them. Telling people otherwise isn’t just inaccurate—it’s un-Christian. 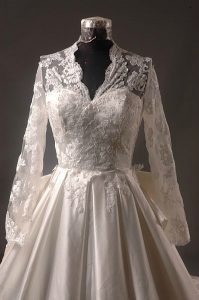 This might be the most bonkers metaphor of all—and for some folks, it’s an object lesson.

At Girl’s Camp (or similar outdoorsy outing), the instructor brings an old wedding dress to a literal fire-side. The teacher, by firelight, emphasizes the hazards of forgoing chastity by tearing off segments of the dress and tossing them into the fire.

Again, this falls into the trap of instilling fear above all else. It feels more like a Reformation preacher hellfire-and-damnation guest lecture than a message of peace and love. For brothers and sisters who are seeking the promise of hope and forgiveness, the visual of wedding dreams literally going up in smoke is more than a little harsh.

Plus, for victims of sexual abuse, there’s nothing in this object lesson that helps them heal. Instead, it suggests that no matter the circumstances, any sexual incident means that your chances of a happy, legitimate marriage have been torn away from you.

This one’s pretty straightforward, and it features a tree. That means it’s metaphor gold, right? 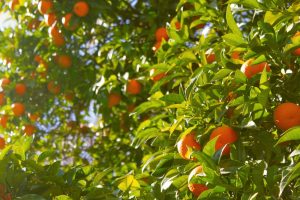 Not really. In this comparison, individuals are the “fruit” of the chastity tree. They are told to be hard to reach, that the low-hanging fruit will fall from the tree or be eaten at the wrong time, by the wrong person.

There’s no problem with being told that people should wait for the right time and the right person. Telling them that their tree-neighbors are rotten fruit, though, is hardly a good way to categorize other people.

Plus, there’s an unspoken suggestion that a sexual relationship is one between consumer and product. That’s hardly the empowering message of the Gospel. That said, the “Chastity Tree” is a slightly less-terrible take than our final bad metaphor. 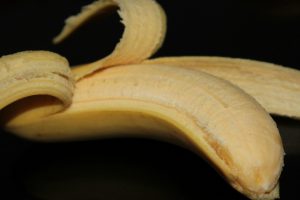 This one is like a perfect storm of bad.

Take the visceral gut reaction of “Chewed Gum,” add the sin’s permanence of “Fence With Nails,” and the objectification of all the other food-related metaphors, and wrap it up in a yellow peel and you’ve got “The Peeled Banana.”
The idea that virginity, virtue and chastity are a “once it’s gone, it’s gone” policy is dangerous.

Not only does this potentially damage people who have suffered sexual abuse or assault, it sends a clear message to those who have willingly broken the law of chastity: that you’re soiled, damaged goods and that there’s no coming back. You can’t put the peel back on the banana.

Instead of using these comparisons, why not use some analogies endorsed by Church General Authorities? President Uchtdorf’s Point of Safe Return has an airplane analogy with enough flexibility to get all kinds of points across. And Sister Elaine S. Dalton’s Stay on the Path is another great way to communicate both the severity of the law of chastity, while still allowing for opportunities to repent. And MormonHub has some of our own lesson suggestions as well.

In the end, the ultimate example of teaching comes from the Savior. In the story of the woman taken in adultery, Jesus Christ was not rash. He didn’t make broad, sweeping declarations of sin or punishment. There was no witty lip-service or figurative language for the benefit of the watching Pharisees. Instead, he spoke on a personal level to the woman who stood in need and made sure that the most important lesson, forgiveness through the Savior, was communicated clearly and accurately.

As you prepare to teach your class, your investigators or anyone else about chastity, ditch the hackneyed, fear-based analogies. Leave out bananas, cupcakes and chewing gum. Don’t throw anything into a fire. Instead, follow the example of Christ and teach plainly, honestly and with care. Your example can do more to encourage chastity than any snappy analogy.

Did we miss any analogies? Let us know in the comments!