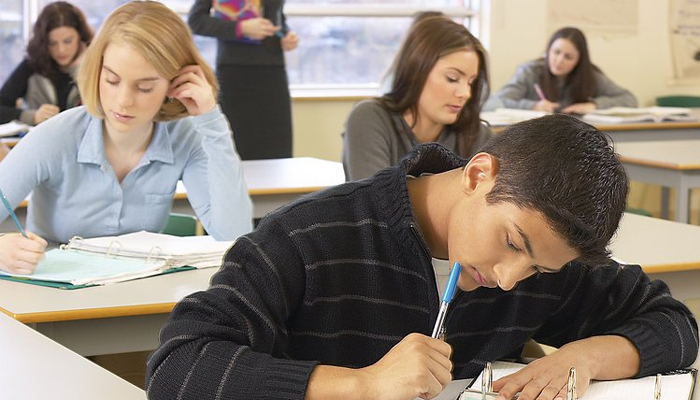 How would you feel if on the first day of class your teacher gave you a copy of the final exam?

Last September, my mother began her first semester as a professor. She had been attending classes for nearly a decade, so she had developed some ideas on how she wanted to do things once she was on the other side of the lectern.

At the top of her list was to stop testing students on whether or not they could guess what you wanted them to study. My mother was teaching communication, and she knew exactly the communication principles she wanted her students to learn during the semester. She wrote a final test that covered every important principle. Before class began she posted the final online for students to read.

When class started, she announced that the final was posted online.

“Like examples of what will be on the final?” One student asked.

“No,” my mother told them, “the actual final. The one I will pass out on the last day of class.”

Throughout the course of the semester, my mother taught her class all of the principles so that they could succeed on the final. With about two weeks left to go in the class, she once again broached the subject.

“For those who haven’t started studying yet,” she said, “the final is online, every word, just like I’ll pass it out to you. If you have any questions about what’s on the exam, you can ask.”

But no one did. Another week passed, and for a class period before the final, she had set aside a time to review for the exam. She asked the class if they wanted to know the answer for any question on the exam. After all, she just wanted them to learn the principle. if they learned it now it was as valuable to her as if they learned it at any other time. A few students asked for clarification. But that was it. Most of the students simply listened.

The day of the final test, she was sitting in her office, when a student came in the door, clearly worried. “I hope I’m not too late ma’am,” he said, “I had another question about the test. I totally understand if I missed my opportunity.”

But the exam wasn’t for another 20 minutes, so she walked the student through the question until he understood how to answer it.

Later that week, after my mother finished grading the exams, she called me and explained the situation, and asked me to speculate about the grade distribution for the class. I demurred, imagining a surprise answer. And surprise indeed. The grade distribution for the exam was nearly identical to that of other assignments. Mostly “B”s and “C”s, only three “A”s. And a glut of “F”s.

“Were the ‘F’s from students who didn’t attend?” I asked. But she told me they weren’t. “Was the exam not worth very much?” But it was worth 20% of their grade!

At first glance, this entire ordeal raises the obvious question: Why? How could anyone be given the entire final exam and yet somehow fail, when their grade was on the line? What was the matter with these people? If I had been given a test, I thought in my sanctimonious inner-monologue, I would have studied that thing so hard.

But of course, here’s the thing that my sanctimonious inner-monologue forgot: I have been given all the answers to the test. And not some (sorry Mom) trivial Communications 101 Final Exam. I know exactly the questions that are going to be asked at that final of all finals, Final Judgment.

And God told us exactly what would be on the test. Abraham saw God say in vision:

We will prove them herewith, to see if they will do all things whatsoever the Lord their God shall command them.

And God’s commandments are not difficult to find. Yet how many nights go by, where I tiredly decide that my scripture reading can wait until tomorrow? Knowing that all the answers are right there, at our finger tips, can lull us into a carnal security. If the answers are so easy to find, we can trick ourselves into thinking that they will be there tomorrow.