Life Mormon Culture My Terrible Trip to the Museum and a Lesson on Patience, Long... 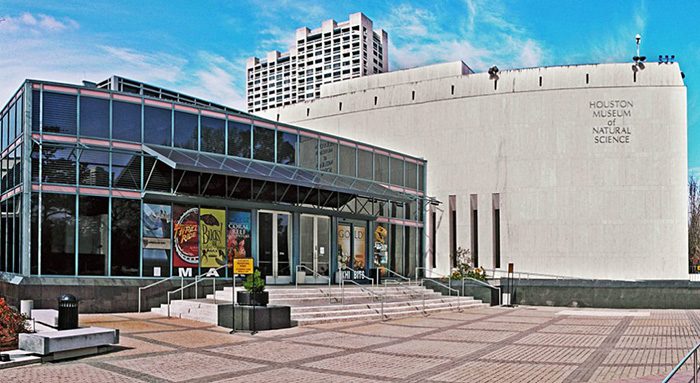 As my wife and I began to get close to the Houston Natural Science Museum, traffic snarled up like a mustache-twirling evil doer. Today was free museum Thursday. And coming during the week of spring break seemed like a bigger and bigger mistake. First there was the usual Houston highway traffic (yes even at two thirty.) Then once we reached the museum district, there was the woman who was crossing in the crosswalk, and then stopped, in the middle of the street as we were waiting to make a left turn. Four cars went by. Then came the bumper to bumper traffic circle. How do you merge onto a bumper to bumper traffic circle? And who puts a traffic circle in the middle of a major city?

My wife, who was driving, has a tendency to apply the brakes just a moment later than I would have, so I spent most of this bedlam with my eyes closed, holding to the door handle. My wife, a saint, endures this with grace. If an eye roll and a cleared throat count. Of course she’s getting hungry. Then come the police barricades. We can’t turn left, instead we must wait four or five minutes for an opportunity to merge the other direction. When it finally comes our turn to merge behind a Chevy Tacoma, the BMW behind it stays so close the two cars could have French kissed. So we must wait another round. Then come the signs, “Parking Lot Closed,” “Parking Lot Closed,” “Parking Lot Closed.”

I’d been holding it since about ten minutes after we left home. The drive should have lasted thirty minutes, and we were now closing in on ninety minutes since we’d left home. Even if we found a parking spot that instant, our time at the museum would be cut short, and we’d have to endure the rush hour traffic on the way home. The entire process was made all the more frustrating since for the last hour we had been quite literally circling the perimeter of the natural science museum. Our goal was so close and so simultaneously unobtainable. We decided to cut our losses, avoid the worst of rush hour, come home, and watch a movie instead. If we watched a black and white one, it would be as good as going to the museum anyway, right?

When Susan and I left on our journey, we were perfectly happy with one another. We’d had a good, productive morning doing some spring cleaning as we prepare for our baby to come. Similarly, most marriages begin with positive momentum. Both participants are ending their most productive courtship yet (presumably), and are starting off with high expectations for the future. And just as surely, marriage quickly runs into the muck of real life. This is hardly a problem for most couples. All of their wiser friends had warned them of the difficulty of the first year, and how hard the transition was, and convinced them that marriage was worth it anyway. So this traffic isn’t particularly bothersome.

Sitting back, enjoying one another’s company comes naturally as you continue on your path toward the perfect marriage. And yet something happens between those initial struggles and your perfect eternal marriage. More struggles. Soon the endearingly flighty one-second late braking which you loved, then endured, becomes a step too far. Every decision, date, and left turn seem like trying to drive through a parade of pedestrians. And what is so frustrating about all this daily imperfection is that you know perfectly well how close you are to your goal. If you had simply not uttered that unkind word. If you had only thought to put together a delightful surprise. If you had only been more honest, helpful, friendly, or patient than that perfect marriage you had imagined when you left on the journey would be all yours. But you can’t. Because this is life, the spring break of eternity, and you’re not destined for perfection. No not here.

All you can do is try, and get closer and closer and closer. And that patience that you wished you had is the one thing of which you are perilously short, and just when tempers are raised, and nerves are raw, and the entire enterprise seems fruitless, you realize that the point was never to get to the museum at all. Natural history might be dandy, and I’m sure it’d be lovely to get to. I’m sure one day we’ll make it. But the point wasn’t the museum. The point was to be together. To take an afternoon and talk, and grow closer, and enjoy each other’s company. And to have someone that, if you have to endure all that traffic, you’re sure glad it’s her eyes rolling at you when you look over. So maybe the day wasn’t a waste at all, maybe that was precisely the point.