Faith Defending the Faith The Silent Plague That Is Destroying the World and What to Do... 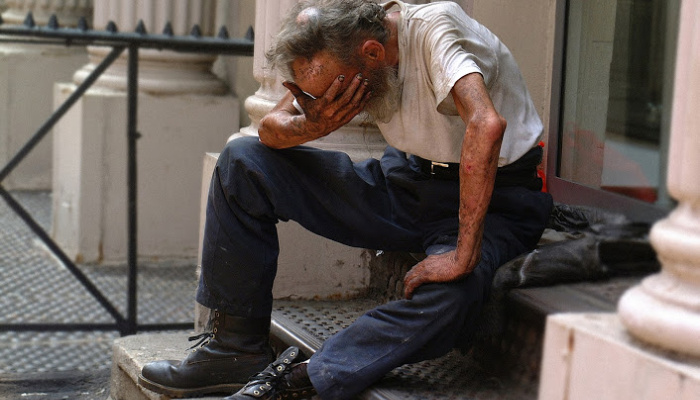 Clear back in the 1300s, the Black Plague took the lives of over 60 percent of all Europeans, or around 50 million. It was arguably the greatest catastrophe that the world has ever faced.

No, I don’t have any super interesting metaphors to this particular plague. I just needed to look smart, right? Ok. Maybe it didn’t work exactly as intended, but I’m all about the “A for effort.”

I will, however, draw a comparison to a plague that we are facing in our day . . . and guess what. Our plague was a PROPHECY IN THE SCRIPTURES. Yes, that’s right. The very word of God.

Plagues are disastrous. I know, something that takes the life of millions are labeled as disastrous. Big shocker, I get it. But death isn’t even the worst consequence.

The worst part about plagues is that when you notice them, it’s already too late to do anything about it. You’re toast. The devastation of hopelessness leaves communities and cities in ruins.

Early Europeans time and time again found themselves in this position of hopelessness. How do you battle a mysterious plague that is taking lives of thousands, when you know almost nothing about it? Pray. Pray. And then probably pray some more, because there really isn’t a whole lot you can do.

Well friends, it’s time to start praying. We’re experiencing a plague that will slowly destroy the world if we don’t act now to stop it.

No, it’s not a physical plague. But you know that. This isn’t a medical journal.

I don’t know if that should be any comfort though. Our physical lives mean nothing without a purpose.

Unfortunately, the plague we are dealing with is attacking our divine purpose and potential on all fronts. It is sneaking its way into the hearts of men all across the world.

It may be different than what you think. 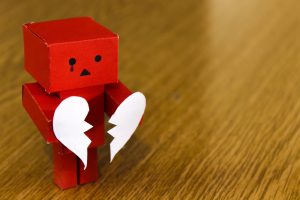 A few years ago, President Nelson told a story about experiencing an exploding engine on an airplane. Do you remember that Mormon Message?

Through all the commotion, disasters, and tragedies that hit the earth, President Nelson (Elder Nelson when he told this story) urges us to have faith, for in the last days, men’s hearts truly are failing them.

Take a look at the prophecy once again.

And in that day shall be heard of wars and rumors of wars, and the whole earth shall be in commotion, and men’s hearts shall fail them, and they shall say that Christ delayeth his coming until the end of the earth.

Certainly, this is a prophecy about the fear that we will experience as we go through the trials of the last days. We need a lot of faith to get through these times.

But that’s not all we need. Read it again. What else do you see?

In classic bad Sunday School instructor fashion, I asked you a question, but mostly am just trying to get you to guess what I am thinking.

I’ll give you a hint, then ask the bad question.

Think about what “waxes cold” as our hearts fail us. Now, what else do you see?

Related: The 3 Biggest Mistakes We Make When We Say “I Love You”

It is devastating. Moreso than perhaps anything else we face today. 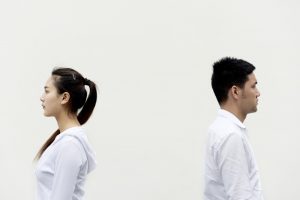 Now, wait a second. That’s a mighty bold claim. It seems like you are judging the world based on a few. That’s not right or fair.

Perhaps. But remember that the most devastating part of the plague is that when you notice it, it’s too late to really do anything about it. We may not know it is infecting us until it is too late—until damage has already been done.

You really don’t have to look far to find ways that our hearts (love) are failing us.

The constant contention on social media. Judging friends and acquaintances for the life choices they are making. Being “right” no matter the cost. Refusing to forgive someone. Taking advantage of others. Putting our needs and desires over those of other people. I can keep going.

I have spent the last few hours pouring over social media posts with any kind of opinion, regardless of the subject. As a society, we are DETERMINED to make sure that our ways of living are seen as superior to others’ ways of living.

We live in a world that is plagued by the idea that we are battling against other people. Other people who may simply choose to live differently than you or I. It’s a sneaky plague that Satan created in order to keep the focus off him. It’s evil that we are supposed to be fighting against. Not each other.

Christ and the centurion 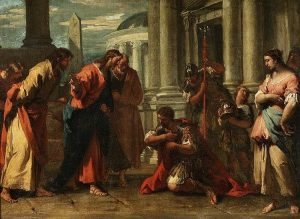 Put yourself in this interaction for just a second. Let’s say it’s someone you know who has fallen away from the Church. They have chosen to live a different lifestyle, and have even devoted their life to “helping” others find happiness as he did by leaving the Church.

That’s pretty similar to what’s going on here. The centurion was nice to the Jews and allowed them to worship as they pleased, but just by being a centurion, he was opposing the Jewish people and Jewish way of life.

The centurion approached Christ with the humility to recognize that everyone needs help. He saw the good that Man could do, even if he may not have agreed with his way of life. He even calls himself unworthy to house Christ under his own roof.

When Christ responded, it wasn’t with conditions. He didn’t tell the centurion that he had to repent, to change his way of life, or to renounce himself as a Roman in order to receive His help. He praised him for the great faith that the centurion did have.

The plague had no part in their hearts. Their hearts were alive and well.

The antidote to the plague 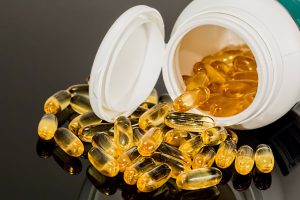 This may seem obvious. Definitely anticlimactic. But true nonetheless . . .

The antidote to our plague that destroys love, is to have more love.

I know, your world is shaken. You have never read or felt something so deep in your life.

If it is so obvious though, why do we struggle so hard to live it?

I am not saying that all of us are absolutely evil and we have to need to repent in tremendous ways. All I’m saying is that at times, we are infected by a plague that is slowly turning the world into a battlefield, where commotion and contention serve as rulers to all.

We have a sacred responsibility to defend our faith and to share the Gospel. But this can’t be done without love. We can’t force others to see our way of life. We certainly shouldn’t argue with them about it.

What we can do is meet them where they are. We can serve and uplift without prescribing a way of life solution.

We can cease from judgment and do our very best to meet others’ needs before our own.

Related: There’s a “Great Evil” Infecting Mormonism, and Its Time We Got Rid of It

If we find that we have no love for even those who may actively fight against the Church, and we have already been infected with the plague that is stopping our hearts . . . then we can pray. We can pray with all energy of heart, as Mormon suggests in a letter to his son Moroni, for charity, the perfect love.

In short, we can exemplify the very man whose story we share, and whose disciples we are. When centurions approach us, we can follow His perfect example and love them, even if that love means that we don’t argue, contend, or prove our way of life better than theirs.

We all fight the same fight. We all struggle with the same struggles.

Don’t let Satan plague us into losing our love of man and neighbor, which after all is the second greatest of all the commandments.