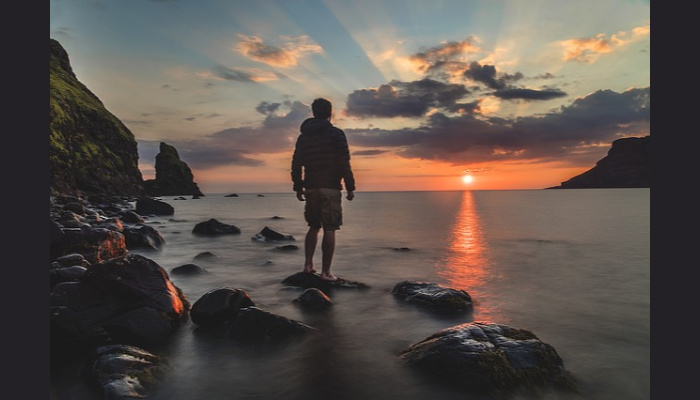 If you’ve read about when I ran away on my mission, then you know some of the challenges I faced and some of the bizarre circumstances I found myself in. You even know a little bit about why I ran away. Hopefully, you understand that God is always with you no matter where you are or why you’re there (physically, mentally and spiritually). But if you don’t (or you doubt that he is), I invite you to follow along (this time in a little more detail) about how Heavenly Father is with us and how he is calling out to you.

When Living the Gospel isn’t Enough

As a short preface to the rest of the story, I’ll mention again what really set the stage for my missionary escape. From the start, I had made significant and personal sacrifices in order to be the best tool in the hands of the Lord. Along the way, I felt as though I was losing myself in service to Him, but not in the good way.

In the end, I was doing my best to live the Gospel of Jesus Christ as I understood it and trying to change as I learned more about it. But the problem (or so I thought) was that I wasn’t seeing any results from living righteously—either in my own life or in those that I served. I didn’t feel joyful or happy. I hadn’t received spiritual promptings in a long time. But most of all, I couldn’t find anyone who was interested in hearing about the Gospel.

My frustration reached its peak when I reflected on a missionary conference I had attended a few months earlier in which entering the “strait and narrow path which leads to eternal life” was discussed. Something about the way the speaker had explained the doctrine really confused me and I began to think that anything I was doing would ever be good enough. I would never be on the strait and narrow path and neither would any other human being. So then what was the point of spreading the gospel or serving God if none of it really mattered? 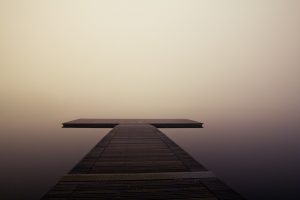 Well, as you can imagine, this thought really ate me up. I was believing the perfect lie. At first, I tried to live even more righteously, this time giving 200% instead of 100%. But that didn’t help me feel closer to God or bring me reassurance that I was on the right path. Instead, it made me feel lonely,  worthless, and useless.

So I abandoned God. I told Him that I was done trying to live the gospel and didn’t want to teach others about it anymore. Although I still believed in God’s existence, I had lost hope and faith that He cared about me or any of His other children. Did He even want us to return to Him?

In the end, it wasn’t something a Sunday School lesson or a personal scripture study could fix for me. God would have to take me on a literal journey to get anything into my rock solid heart, and so He did.

God Wants You on His Side, So Does Satan 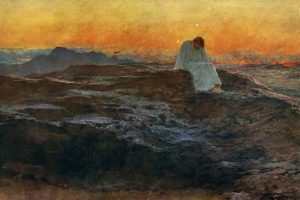 The day I ran away from my mission was interesting because I met a lot of different people. People who offered me obvious opportunities to choose between good and evil, and consequently, opportunities to seriously alter the direction of my life. I honestly believe that I interacted with servants of God and Satan multiple times throughout the day.

I’m not normally one to say or think things like, “Satan is out to get you” or “Lucifer knows when you’re vulnerable so that’s when he strikes,” but I have no other words to describe my experiences that day. I was at my most vulnerable, spiritually, emotionally, and physically. I was completely alone in a foreign place, with little money and no way (except for the public libraries) to communicate with people I actually knew. And so Satan took advantage and I became witness to the very real war for individual souls between God and Lucifer.

Let me illustrate: one man (much older than myself) offered to take me on a one-on-one trip to a remote lake. I still don’t know whether he had an established gypsy camp there or a pit for dead bodies. Either way, I’m grateful I didn’t take up his offer and find out.

Something just felt icky about the situation (thanks, Holy Ghost!) Then, only a few hours later, I met a man who was ready to hear the gospel. As I spoke with him, I felt God’s love for him—the love that reminds us we are children of God. This message also helps us remember that we have a divine potential, purpose, and an infinite value that’s worth living up to. I didn’t need to become a gypsy or risk experiencing any disturbing trauma by running off with a strange man to feel worthwhile; I already was.

But this time the choices were more obvious. While I was sitting outside of an ice cream shop reading the scriptures, another man approached me. He invited me to his apartment and offered to “pay [me] very well” for sexual services. It was one of those obvious moments where I had a clear choice: forsake my covenants or not. You may not think that you are faced with choices this clear every day, but we all are. Drink just a sip….or not? Gossip…or not? Minister…or not?

Lehi speaks of this in 2 Nephi reminding us:

“For it must needs be, that there is an opposition in all things. If not so…righteousness could not be brought to pass, neither wickedness, nor holiness nor misery, neither good nor bad.”

Satan is speaking to us, in fact, he’s enticing us each day to choose evil, even if it appears like the lesser evil. Yet, God is also speaking to and enticing us to make the better choice of choosing Him. Lehi also reminds us that if we aren’t moving forward, we are moving backward. Therefore, any and all efforts you are making to move toward God or to live His gospel are worthwhile.

We Need Each Other 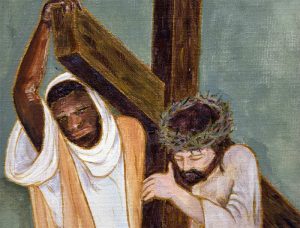 So I had some odd encounters, but I had a lot of amazing ones, too.

The Lord does notice us, and he watches over us. But it is usually through another person that he meets our needs. Therefore, it is vital that we serve each other.

I had a need to feel noticed, important and useful. I thought this need would be filled by seeing my efforts pay off in other’s lives or by seeing people flock to the gospel, but it wasn’t. Instead, I needed to look at this the other way around and accept help where it was being given.

Take, for example, Angel #1 who let me use his phone to call my brother. When we parted ways, I confided in him that I was a runaway missionary for the Church of Jesus Christ. Angel #1 said he’d seen missionaries before (which helped me realize that we weren’t completely invisible), and then expressed his empathy for me. He said that it must be tough being a missionary and that it was OK that I had run away. This angel noticed me.

I met Angel #2 as I wandered the streets of my area alone. Angel #2 called out to me and asked me some question. He was so friendly and he wanted to talk to me. Only a few sentences into our conversation he confided in me about his sadness; his grandmother had recently passed away. We talked about grief and the afterlife; about believing and what to believe. It was all very casual, natural, and edifying. I was able to share the gospel in a nonabrasive and nonintrusive way because Angel #2 needed it; this angel helped me to see myself (and my role as a missionary) as important.

Lastly, Angel #3. You remember the elderly man who spoke to me at the train station, right? He thought I had “boyfriend problems” so he found it within himself to give away some wisdom to a young girl whose heart was very broken—just not because of any boyfriend. Angel #3 offered me an opportunity to serve my country and to use my talents for the greater good (Ha! Do you see the irony here?).

His pep-talk included lessons about not letting others determine the direction of our lives and emotional investments in relationships and in ourselves. But, the greatest lesson was that I was needed for so many important things. Whether I was needed as a missionary (as we all are), as a Marine, or as a mother, wasn’t so important. What mattered was that I was needed.

In the end, President Kimball is right. When we minister to each other and when we are ministered to, we have the privilege of being useful in the hands of the Lord and meeting another person’s needs.

We Are All Human

Yes, all of us are human. Imperfect and ignorant we trudge through life doing the very best that we can and that is fantastic!

Somewhere along the way, I picked up the idea that God expected me to be a perfect disciple of Christ immediately. If I wasn’t perfect then I wasn’t on the strait and narrow path. Looking through the gospel with this lens highlighted other’s imperfections and heightened my unrighteous judgments of them (and of myself).

But the truth is this: Missionaries, Bishops, Relief Society Presidents, and Ward Greeters and everyone else struggles with perfect obedience. We all have had, are having, or will have doubts, concerns, questions and seemingly unsolvable personal problems. Assuming that others are perfect impedes our ability to minister to them and dehumanizes them.

Think about it: if they’re already celestial, then there’s likely nothing we can do for them! Thankfully, everyone is imperfect. I say “thankfully” because imperfection means we have opportunities to minister to each other and to be ministered to.

So it’s helpful to (1) throw away labels and (2) accept the beauty of your imperfection. It’s high time to come together and realize that we are all beggars—period. And if we are all beggars, then we are all in need of that compassion, love, and grace which Jesus Christ gives freely. Comparisons, assumptions, and judgments can only hurt us and tear us apart; they cannot unite the people of Zion, but you can.

You can be the ministering person who contributes to a cohesive ward culture (and church culture, by extension). As you love others as Jesus does, you will see your own life change. By utilizing your spiritual gifts and experiences, you will help others survive spiritually. And above all, bravely and authentically live your testimony and devotion to God.