Life Mormon Culture A Mormon Feminist: Why I Need Feminism 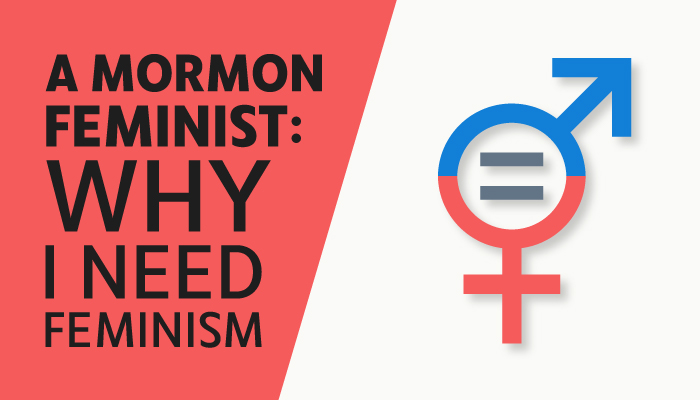 Recently a MormonHub user posted a forum conversation entitled “Why Feminism is Bad.” Instantly intrigued, I followed the link and read the post. What I saw sincerely disappointed me. The first several comments consisted of a group of people (mostly men) discussing what they thought of as feminism, which they imagined as a prideful group of women who want to take away what men have and keep it for themselves.

A few feminists spoke up to defend their position and the group immediately shut them down. I replied, but then I realized that in this environment, I would not be listened to. I wouldn’t be seen as fully human, simply letters on a page. In fact, I found myself writing less than compassionately in trying to defend my side. It’s easy to dehumanize online posters, but those conversations can’t get anywhere because people just end up further entrenched in their point of view. But I knew I had to say something, so I’m saying it now.

Because, as this previous MormonHub article suggests, Feminism goes hand in hand with LDS faith.

Just so were all on the same page, here’s what feminism really means:

Feminism IS: A multifaceted movement focused on creating equality between the sexes. Different people think we can accomplish it in many different ways, but the important word here is equality. 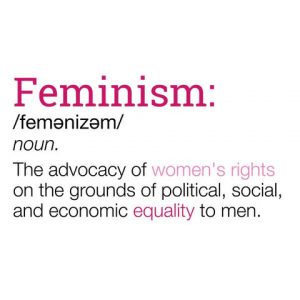 Feminism is NOT: Anti-man, anti-father, anti-marriage, anti-family, anti-Christian. Feminism is not trying to remove men from the picture. We just want to bring attention to very real inequalities between the genders and figure out how to reconcile those.

If you don’t believe that’s what modern feminism is about, I get it. Divisive issues like abortion and gender expression distinguish LDS feminists from those in mainstream feminism. But that’s okay! This country needs diverse voices on the side of gender equality.

For example, in this Forbes Magazine article, a prominent feminist talks about how feminism fits into many different belief systems. Do I agree with everything she says in the video? No! Are we both still feminist? Absolutely! You don’t have to agree with conventional feminists on each individual issue to recognize and combat gender inequality.

However, some people in our church misunderstand the purpose of feminism, and they mistake feminism at large with outrageous actions by a few individuals within the movement, painting all feminists as stereotypical bra-burning militant feminazis. That type of thinking just serves to dehumanize and ostracize people who think differently. But I’m sick of people telling me what I am. I’m tired of people who aren’t feminists trying to tell me what feminism is. It’s like when non-members try to tell you how wrong and evil Mormons are. Doesn’t that just drive you crazy?

So let’s get this straight – I am a feminist; I am NOT a part of Ordain Women. Protests don’t change Church policy, revelation does. I am happy with my position in The Church. Furthermore, I am firmly pro-life, but acknowledge (as does Church policy) certain exceptions in cases of rape, incest or when health complications endanger the life of mother and/or baby. I believe that these ideas are common among the majority of Mormon feminists.

But we also see much that has to change with regard to the way we treat women. As an LDS woman, I need feminism! Here are a few reasons why.

I Need Feminism because of Mormon Culture

I Need Feminism Because I Deserve to Feel Safe

I Need Feminism Because it is of God

I Need Feminism to Protect my Sisters Across the World

Even considering all the above reasons I call myself feminist, I understand people’s confusion about where it stands in the LDS Church. Critically, feminists use the word “patriarchy” differently than we use it in The Church. When feminists talk about “the patriarchy” we are referring to the systematic ways men dominate women in our society (of which there is ample evidence). When Mormons talk about “patriarchal order,” we are referring to a system of organizing families and congregations under priesthood authority. These words might be homonyms, but they mean drastically different things.

Oppressive patriarchy bear no resemblance to the patriarchal order that God has set forth.

Despite some differences in philosophy, Feminists and Mormons believe the same vital truth—men and women were created to be equals. Imperfect people, human nature, and modern culture sometimes disrupt that equality, but we must bring balance back. That is the cause we should all fight for.

For more perspectives on LDS feminism, watch this 3 Mormons video on feminism and keep the conversation going in the comments below.