In five and a half years, Freebies 2 Deals, a website that provides daily deals and money saving tips on hundreds of products, has gone from a family blog with several deals a week to reaching hundreds of thousands of people each month.

The person behind the site is Melea Politis Johnson: a mother, Utah native, and member of The Church of Jesus Christ of Latter-day Saints. She says it all began as a simple way to save money after having her first child and choosing to stay home.

It was a total accident, the whole thing I feel like was very God-driven I don’t know how else to put it.

With her husband being paid on commission, Johnson says it was difficult to budget with an unknown amount of money coming in. After looking for jobs she could do from home, she decided that finding ways to stretch out the money that was coming in was her best option.

So, Johnson began researching ways to save money and realized that there were so many opportunities to save and get free products online and in stores all the time. Each week she would post the deals on her family blog so friends and family could get the deals too.

“After like a month or two I had a few hundred strangers visiting my family website, and you know this was something I kind of just did for fun while my newborn was napping.” In an effort to protect her family’s privacy, she started a separate site called Freebies 2 Deals, and says, “the rest was history.”

Each day Johnson sifts through hundreds of offers to share the very best deals with her readers. She also guides them through how to get the deal, making it easy and quick to do. But Johnson says it hasn’t always been so easy.

“When I was coupon clipping, you get to a point where you are just exhausted because it was so much work. I was clipping every coupon because I would find clearance deals or deals for the stores that I might not like that brand or think that deal was great for my family but I’m sure a reader would or readers would. So I would clip them all.”

Johnson still gets several copies of the Sunday newspaper but says with the process so much easier online, she thinks printed coupons might be completely gone in the next few years.

She now runs a full-time operation and has hired several stay-at-home moms to help her run the growing business. She says that couponing can pay off in big ways, which is why she wants to continue sharing her tips with others. “It’s like up to 15 dollars an hour to coupon is what you’d be making… and yet you’re not in an office, you’re not away from your family, you’re not away from your kids. And that was a realistic way for people to be like, oh wow, so it is worth my time.”

In February 2015, Johnson was nominated for and awarded the People’s Choice Award at the Blogger of the Year Awards. “[My readers] literally had 18 hours to vote and I wanted to make the most of it and go. When they called my name I was legitimately surprised because I couldn’t believe my readers pulled that off because they didn’t have really very much time.”

Even with the support she’s received, the responsibility of finding new deals for her readers every single day can also become exhausting.

Sometimes it feels like you’re just writing to the universe and no one’s even reading or seeing what you’re doing.”

Johnson often receives emails from readers whose lives have been changed from taking advantage of the tips and deals she shares. She said she keeps those emails in a special folder to read through when things are getting hard, to remind her of why she’s doing what she was called to do.

While Johnson feels she’s found her calling in life, she says family will always come first. She credits her success to having found a passion that she was willing to do for free.

It wasn’t like I started the blog to make money, it was just something I needed… When I first started I didn’t know you could make money with advertising on your blog.

She shared how difficult it was to go from working full-time to staying home with her newborn and feeling postpartum depression settle in. “It was nice to have a hobby or outlet or something for me to do when I was home with the baby all day when I was used to working all of my life.”

Last year Johnson self-published her first book, “Create Your Own Money Saving Adventure,” on Amazon, which was No. 1 on hot new releases and No. 6 in personal finance. She plans to publish different versions of the book for college students, new moms and for people in other phases of life.

She’s also started a lifestyle/travel/fashion blog with her sister Alexi called Our Fashion MAP as a creative outlet from her daily money saving blogging. “It’s so crazy, once you have a following on a blog, you have readers asking you, hey where did you get those shoes you’re wearing in that picture? And there was no way for me to post beauty or fashion things on my money saving blog.” The sisters have very different styles and take turns posting about different topics.

While Johnson is keeping busy giving her readers the best daily deals, she’s also looking towards the future and dreams of one day having her own T.V. show where she can keep doing what she loves, showing people how to get the best deals and save money. 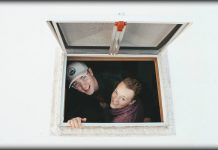 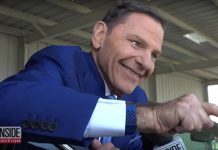