Life Parenting Birth, Rebirth, and My Long Night in the Hospital 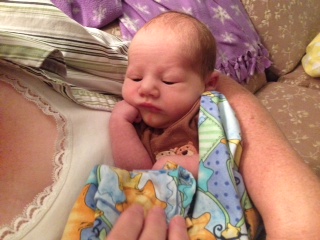 My first child was born about a week ago. His birth came like a triumph: a glory! And his presence has in one short week revolutionized my life. Everything I do, I do for a different and more substantial reason. Life feels more narrow and focused.

Also, I’m exhausted. I expected this going into being a  new parent–but all holy honesty am I tired.

And my experience with birth, has put me in a mind of rebirth, and repentance. The Christian cycle that draws us ever closer to our eternal potential.

And a cycle for which I am deeply indebted.

Only hours before Albus’ birth, I reached a personal low.

Susan and I had been discussing whether or not she would plan on receiving an epidural for months. Susan struggles making decisions, and this one was particularly difficult because she had never before been in labor.

Her preference was to avoid the epidural. And based on the evidence I had read and heard, I agreed. It wasn’t my decision, but you could understand my investment.

Susan continued to delay making the decision. I tried to convince her to make a decision. Any decision! But she insisted on waiting.

Here’s the problem with waiting to decide on an epidural. You endure hours of labor pain. Eventually that pain becomes so intense, that unless you are committed to avoiding the epidural, you get it. The epidural then slows the labor and opens you and the baby up for potential side effects.

I felt totally certain that you either should get the epidural immediately in order to get the full advantages of the epidural, and avoid most of the pain, or not get it at all in order to avoid the possible negatives. But waiting to decide was a sure recipe for having to endure pain, and still deal with the side affects.

Yet all my logic, all my convincing, all my begging, had zero affect on my wife, who went into labor still not sure whether or not she was going to get an epidural.

And labor is a great word to describe the process. At 4 AM Sunday morning, Susan awoke to contractions. Painful, long, and consistent contractions. Enduring those suckers was work. The day weighed on, as we timed the contractions waiting for them to get long and quick enough to go to the hospital.

They never did. By 8 that night, Susan had grown so weary that we went to the hospital anyway. She barely crossed the threshold of being dilated enough to be admitted.

Arriving at the hospital, Susan informed each of the three nurses who admitted her in succession that she didn’t plan to receive an epidural.

She asked me to help her reach that goal, and I agreed.

I played a very supportive husband. I stood by the bed, and helped her breathe through every contraction. Offered my hand as the sacrificial stress ball. And issued the kind of personalized intimate support that comes from the sinews of committed marriage.

And then at about midnight my wife suddenly called for the nurse and asked for an epidural. Her last several contractions had been particularly painful, and after 20 hours of labor she no longer thought she could endure them.

Now, I’m about to publicly confess my shortcomings here, so allow me a moment to make my excuses. I was also exhausted. I was sitting emotionally on a cliff of major life changes. And to be completely and mind-numbingly frank:  I told her so. I knew from the moment that she refused to make a decision that she was dooming herself to a worst case scenario.

I walked out on my wife having our baby. I stalked down the halls, and sat at a window — livid. All my fear, excitement, nervousness, and joy that could have been funneled into support or preparation or any of a long list of productive and valuable behaviors, I instead let ferment in my gut into anger.

And if I had realized then how startlingly self-centered my anger had become, perhaps I would have returned to the room with a smile and an arm of support. But instead I returned with only a stern face, turned eye, and offered hand.

None of my meager human failing, however, could interfere with the glory of God.

My wife was right. All the pain she endured helped her progress the pregnancy significantly, but she was too tired to progress further, and the epidural gave her body the break it needed so that she could progress. Within three hours our son was born. My selfish sorrow instantly transformed into joy.

In that moment all my petulance melted away. No anger remained, only shared bliss.

But rebirth is not quite so simple as sudden transformation. In fact it’s fair to say that rebirth requires labor. There’s a reason why repentance and baptism are two separate steps in the gospel plan. The rapturous moment cannot replace the work of change, the sorrow of apologies, and the efforts toward improvement.

And if I work every day to avoid the kind of trivial selfishness I proved myself capable of that night, then maybe I can give an example to my son of the beauty and grandeur of the atonement.