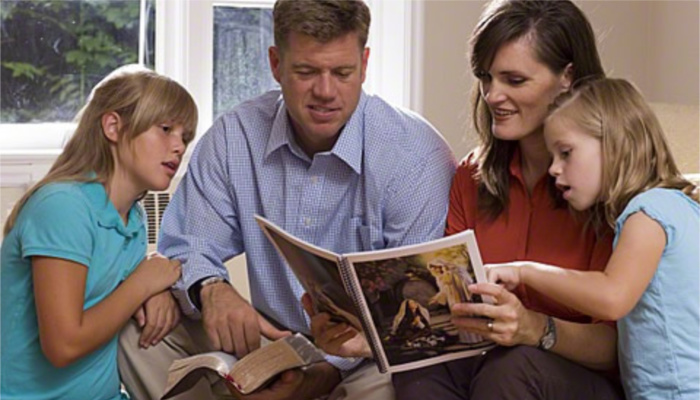 The Church of Jesus Christ announced during the October 2018 General Conference a new home-centered, church-supported curriculum. Yes, starting in January our time in church will be reduced from three to two hours. But I believe we should not see this change as an hour off church each Sunday. We should instead look at this change as an opportunity to more effectively bring Christ into our homes. So, as we prepare for these changes, here are three tips in creating a more Christ-centered home. 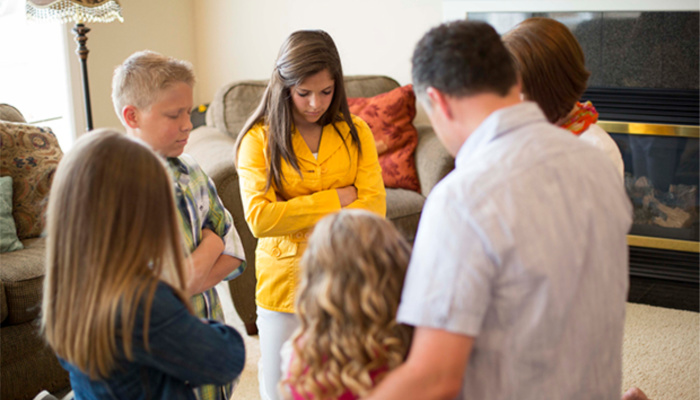 First, let me explain the difference between routines and rituals:

Routines are reoccurring tasks that need to get done. We often approach routines as checklists, as things that just need completing. For example, you probably need to wash the dishes every day to keep your home clean and organized. Completing this daily task would be a routine.

Rituals, on the other hand, carry much deeper meaning. For example, you might turn dishwashing into a family ritual if you always wash dishes with a family member while singing your favorite songs. Rituals are still reoccurring tasks, but people usually enjoy performing rituals more than completing mundane tasks.

Many church-focused things we do in our homes, such as prayer, scripture study, and family home evening are already rituals because they carry deep religious meaning. But I think sometimes we approach these tasks as routines, not rituals. Let me tell you how this worked in my family:

I had a hard time getting my family together for prayer because I saw family prayer as more of a routine—a task that needed to get checked off each day. While at Brigham Young University, I took a class on family processes by Dr. Jeff Hill (a class which I highly recommend, by the way), and my approach to family prayer completely changed. Dr. Hill taught us the importance of creating family rituals. In an effort to make family prayer more meaningful, my wife and I began playing “Ring Around the Rosie” and “London Bridges” with our two small children after each prayer. Our family prayer became more meaningful and enjoyable. Our children now look forward to it each day.

So, find ways to bring extra meaning to Christ-centered activities in your family.

2. Monitor the Media Coming Into Your Home 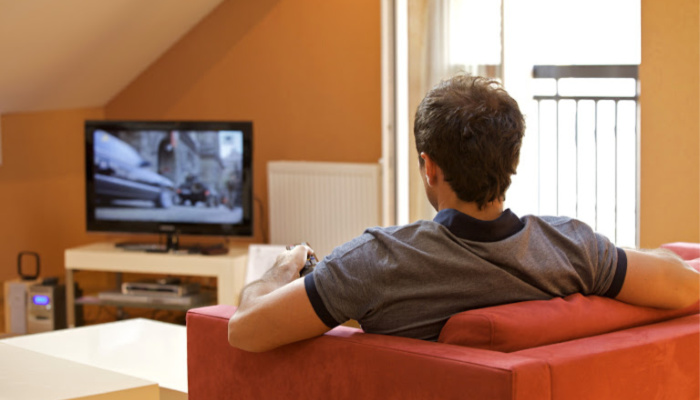 Now, more than ever, most people have nearly unlimited access to the media. Just think, now you don’t even have to leave your home to rent a movie! There are so many media outlets that compete for our time such as television, video games, phone apps, music, and websites, just to name a few. Some of these outlets can be uplifting, others can be time-wasters, and others, like pornography, can completely destroy your life.

Because of these dangers, be aware of the media that enters your home. Curb the media access your children have. I know several Latter-day Saints who limit the access their kids have to smartphones and tablets. They monitor their children’s behavior and don’t allow their children to use these devices in their rooms or late at night. They talk to their kids about safe media use and make sure their family takes occasional breaks from media outlets.

Several years ago, former General Young Women’s President Elaine S. Dalton spoke at our stake. Dalton, known as “the virtue lady,” told the story of a time she and her husband went to watch a popular play on Broadway. The play was recommended by many Latter-day Saints, so the Daltons believed the play would be harmless. But Dalton said the play used offensive language and content. Needless to say, the Dalton’s arose and left the theatre, not regretting their choice.

I think we often justify the media we take in. Whenever you let media enter your home, ask yourself if it will bring you closer to Christ. Like the Dalton’s, have the strength to walk away from anything that might offend the Spirit. Instead of viewing media that degrades you, seek content that will inspire you to become a better person. Make sure your home is a safe place for your family to live.

Elder David A. Bednar said it best when he addressed the Church in the October 2009 General Conference:

Sometimes Sister Bednar and I wondered if our efforts to do these spiritually essential things were worthwhile. Now and then verses of scripture were read amid outbursts such as “He’s touching me!” “Make him stop looking at me!” “Mom, he’s breathing my air!” Sincere prayers occasionally were interrupted with giggling and poking. And with active, rambunctious boys, family home evening lessons did not always produce high levels of edification. At times Sister Bednar and I were exasperated because the righteous habits we worked so hard to foster did not seem to yield immediately the spiritual results we wanted and expected.

Today if you could ask our adult sons what they remember about family prayer, scripture study, and family home evening, I believe I know how they would answer. They likely would not identify a particular prayer or a specific instance of scripture study or an especially meaningful family home evening lesson as the defining moment in their spiritual development. What they would say they remember is that as a family we were consistent.

Consistency is vital in creating a Christ-centered home. If you are consistent in your prayer, scripture study, and family home evening, you will set the tone for a life-long Christ-centered journey. Just as one workout does not provide immediate weight-loss results, sporadically doing the spiritually essential things will not give you the best results. Rather, consistent spiritual exercise will condition your family to become more Christ-like. Your home will transform into a sanctuary for each member.

How else can we create Christ-centered homes? Let me know in the comments!